The MORR Sportsman Banquet saw nearly five hundred racers, friends, fans, and supporters pack the banquet hall at the Island Casino and Resort in Harris, Michigan (USA) this past Saturday night. The night began with the top drivers and all the class champions supported by MORR presented by Allstar Performance and Optima Batteries. The season a total of 208 Sportsman drivers complete in the series, a 20% increase from the 2016 season. Competitors represented eleven states including: Wisconsin, Illinois, Michigan, Indiana, Ohio, Georgia, Florida, Arizona, Nevada, California, Minnesota as well as Ontario, Canada. 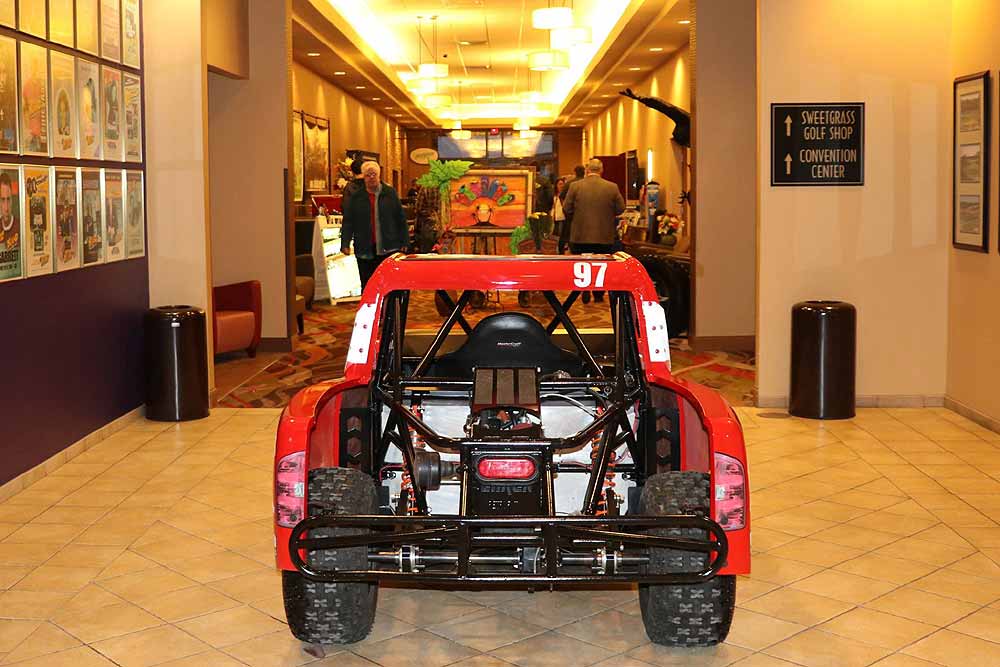 The season saw all four race promoters, TORC, ERX, Bark River, and Crandon as well as Motor State Distributing add to the Sportsman payout as well.

Representatives from Rod End Supply, One Off Graphix, Londerville Steel, Allstar Performance, Ehren's, and Quickcar had displays set-up in the banquet entrance as well.

The results of the MORR Board elections saw two new members, Nick Byng and Ryan Stingle garner enough votes fill the two of the three vacant positions as Dan Vandenheuvel was re-elected to another term.

Once all the awards were handed out the winning ticket numbers of the over 115 donated items and services for the MORR fundraiser were announced. Much of the funds raised during the night's festivities are used to support members of the MORR family that are in need.

Here are the 2017 Class Champions

One Off Graphics Super Stock Truck

The goal of the Midwest Off Road Racing (MORR) group is to ensure affordable racing for the Midwest Sportsman Off Road Racer by uniting racers with a common voice. Maintaining affiliations with approved sanctioning bodies will allow the competitor and the enthusiast to enjoy off road racing now and in the future.