Africa Eco Race 2018: Elisabete Jacinto out of the race with her MAN TGS

Truck-Lady Elisabete Jacinto from Portugal finished her participation in the tenth edition of the Africa Eco Race. The damage of the front differential of the team’s MAN TGS, which broke during yesterday's selective sector, was irreparable and although the team tried to find a solution to the problem, the procedures were fruitless.

It is to bring to mind that the differential of the truck broke at a time when the Portuguese were in second place in their category. The trio still managed to finish the third special only with the traction on the two rear wheels. On the arrival at the camp they worked hard to solve the situation but it wasn’t possible to find a solution that would allow the Portuguese to continue the race.

However, Elisabete Jacinto will continue to follow the race until Dakar: "We have made every effort to find a solution to our problem. We talked to the competitors who had trucks similar to ours, but none of them had the piece. We contacted the importer in Portugal and there was a possibility of having the piece coming from Casablanca. Our idea was to repair the truck on the rest day and continue the race from Mauritania on." 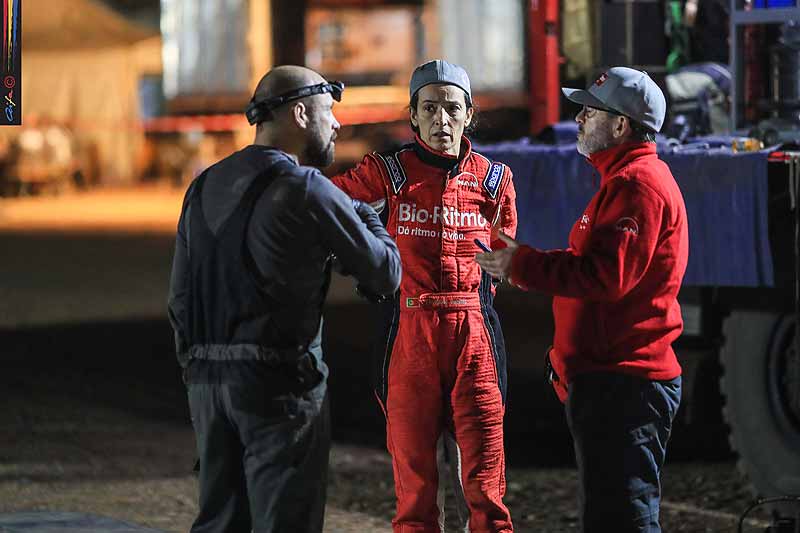 "But because of the weekend this hypothesis was soon made impracticable because they needed at least four working days to send the piece. Now our option is to continue until Dakar. Marco and Helder arranged a way to get the truck rolling down the road, which was also an unprecedented experience. I'm really sorry for what happened because the shock absorbers were excellent for the first time, which allowed me to ride quite fast. Zé was doing a perfect navigation job, and everything ran beautifully when this happened. It was indeed a huge frustration for everyone" said the driver.

Today was the fourth stage of the Africa Race that had a special of 499 timed kilometers. Tomorrow the caravan arrives in Dahkla, where the race will have, on Sunday, the usual rest day and then leave for Mauritania. The rally ends on the 14th in Dakar where the mythical leg held on the banks of the Lac Rose will take place.