Elisabete Jacinto from Portugal completed the first special of the Africa Eco Race 2018 on Tuesday, a short 92-kilometer journey held between Ameziane and Merada in Morocco, in the fifth place among the trucks. The Bio-Ritmo team took 01:13:34 hours to complete the course of the day and registered a difference of 10:47 minutes for the first place of the truck-category, a position that was reached by the Dutchman Gerard de Rooy who participates at the commands of a powerful Iveco, and has a small disadvantage of only 2:05 minutes to the Hungarian Miklos Kovacs (Scania), winner of the 2010 edition of this race, which is currently the third among the trucks. 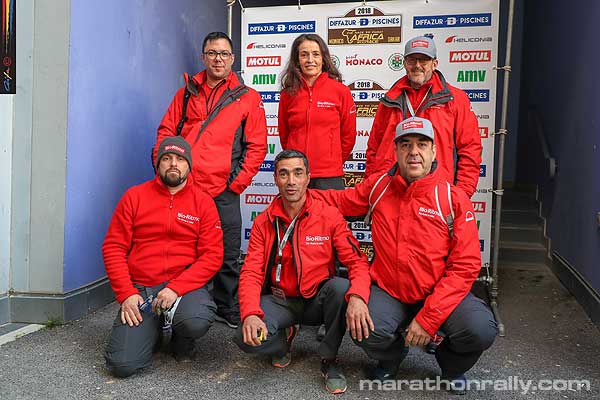 This first day was very demanding, because much of the route was composed of narrow, winding, rocky paths and had many navigation difficulties, and besides all dificulties also a fail in the sentinel system, which is a device that allows competitors to realize the presence of a faster driver behind him and who for safety reasons should facilitate overtaking, ended up delaying Elisabete Jacinto.

"The specials made in the north of Morocco are always the most complicated because the roads are very narrow and it becomes very difficult to go with a truck," Jacinto said after the stage. "However, in terms of course, we managed to overcome all the setbacks that have appeared to us. Despite everything we had a mishap that delayed us a lot."

"We were printing a good rhythm and we were able to get close to Tomas Tomecek (Tatra), who left in front of us. When finally there was an opportunity to overtake him we realized that the sentinel system wasn’t working. We spent a lot of time in the dust and we ended up losing a lot of time due to that fault", said the driver who occupies the 16th position of the joint auto / truck classification.

Wednesday (January 3rd) the second stage will be held between Dar Kaoura and Agdal. The stage, which will be composed by a total of 443 kilometers, will be a reflection of the wide variety of terrain that Morocco has to offer, with highlights such as dune crossings, fast lanes and stone paths. The day will start with an approach to Erg Chebbi where competitors will find the first dunes of this race. The crossing of the Oued Draa will also be one of the highlights of this stage.