Like on Wednesday, the Gazelles got off to a slow start on the first leg, despite the relatively easy terrain and navigation. After the second checkpoints, some sand in Erg Moulay Aamar could have caused the teams problems, but a trail allowed them to avoid the small dunes. A little further on, a sandy, bumpy stretch around checkpoints 4E and 4ADS, placed along the edge of the oued, slowed the Gazelles down. The headings were longer than Wednesday but with excellent visibility and easy-to-identify features. At 11 a.m., more than half of the teams had not even reached their second checkpoint. Many would not succeed in capturing all 7 of the day’s CPs. 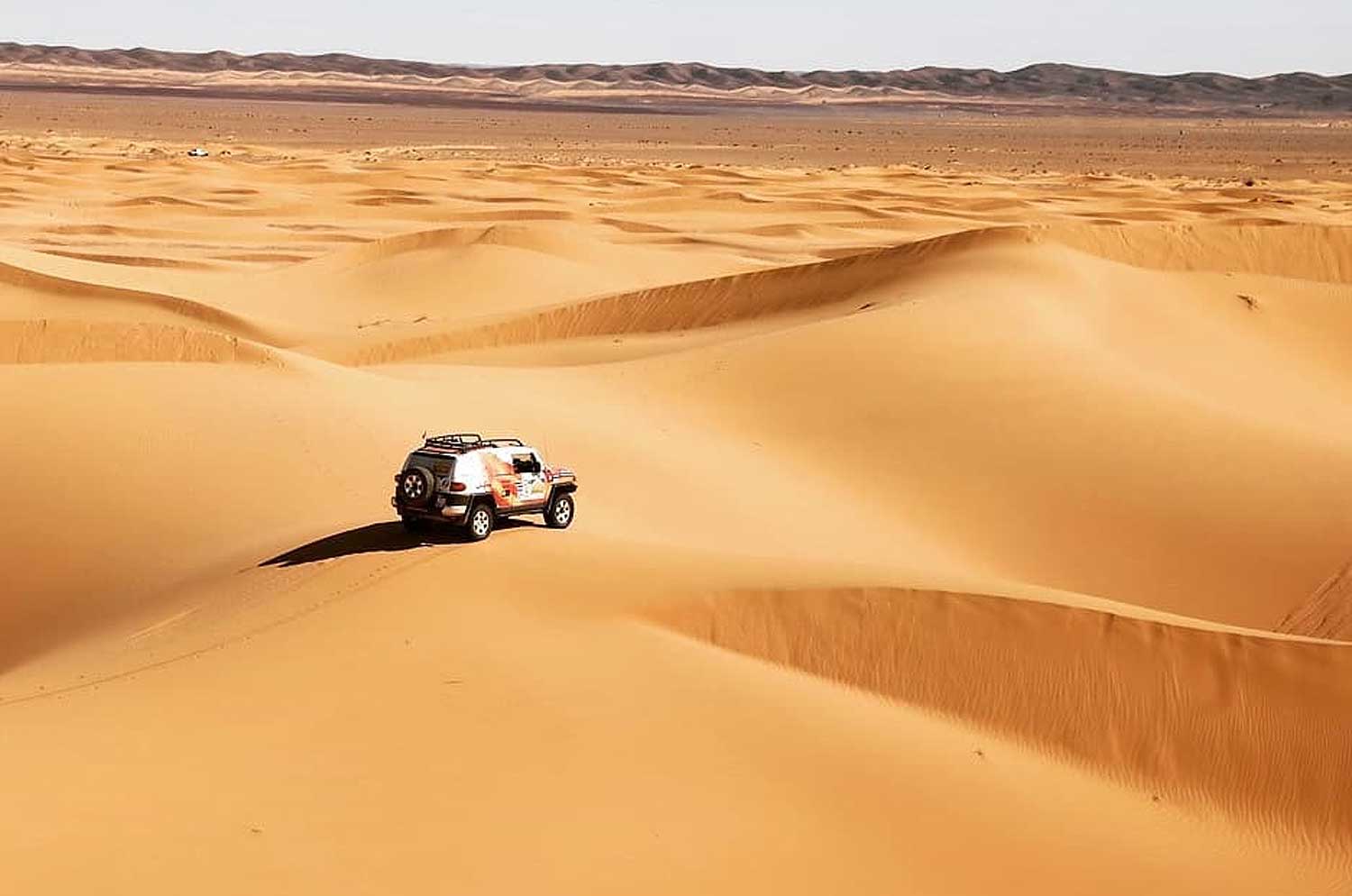 Unsurprisingly, the more experienced Gazelles flew through the leg. 5-time Rally winners Carole Montillet / Sylvie Godeau Gellie are driving a Dakar Buggy in this year’s edition, built on a Land Rover frame: "Like a mountain goat in the Alps, it can go everywhere," commented Carole Montillet, a former Olympic ski champion, assuming her position as leader of the pack.

In a familiar scenario, her challenger Jeanette James / Emmanuelle Tarquini dos Santos (3-time winner and 4 second-place finishes) are on their heels, finishing ahead of Hélène Grand'Eury / Charlotte Zucconi, who had set the tone yesterday by finishing first in the Prologue in Expert Challenge.

However, the day did hold one little surprise among the veteran teams: Delphine Bichoffe / Christine Hunka, who have done 23 rallies between them in 4x4 Class, drove right past their 4th checkpoint without seeing it, an error that cost them just over 6 km in a competition that, at this level, comes down to a question of a few hundred meters.

In Quad Class, Elisabeth Kraft / Sonia Baudoin-Guerard, who have dominated the podium for a decade, had no intention of ceding their position. They crossed the finish line in style, securing top place in the provisional ranking.

Teams aiming for a low-stress rally had an easy choice to make in SS01: Instead of going south to reach CPs 3, 4 and 5, they headed west directly to the final checkpoint where the Cœur de Gazelles medical caravan was set up for the day. Such was the case for Canadian team Lorraine Sommerfeld / Gillian Lemos and mother-daughter team Bénédicte and Johana Mounier. To each her way of experiencing the adventure. Novice team Laurene Voillequin / Laure Aveline went for all the checkpoints and it paid off: "We had a super day, we got every checkpoint, it was amazing!" Their ambitions for the rankings? “An honorable mention!”

In e-Gazelles Class, Kiera Chaplin / Jazmin Grimaldi showed a good performance with smart choices, clean headings and, unlike Wednesday, no mechanical assistance. They were back at the bivouac at 4 p.m. with a battery at 12% and all their checkpoints. "Usually we only worry about charging our cell phones. Here, it’s charging the car," commented Kiera Chaplin. "We got stuck in the sand 3 times, which can be tough to handle but we managed to get out by ourselves or with the help of other Gazelles. But the car drives well and we’re starting to get to know it better, and to be able to judge whether it can pass or not," she concluded. This evening, she and Jazmin easily assumed first position in the provisional ranking.

Mélanie Mor / Delphine Miquel finished with smiles on their faces. "We had an amazing time, we navigated well, we drove well and we enjoyed the silence. It’s clear that we can’t do sand over long distances, but we got stuck and unstuck, and decreasing the weight of our baggage helps a lot." They finished in 3rd place, behind Natacha Bordry / Clothilde Hamion. 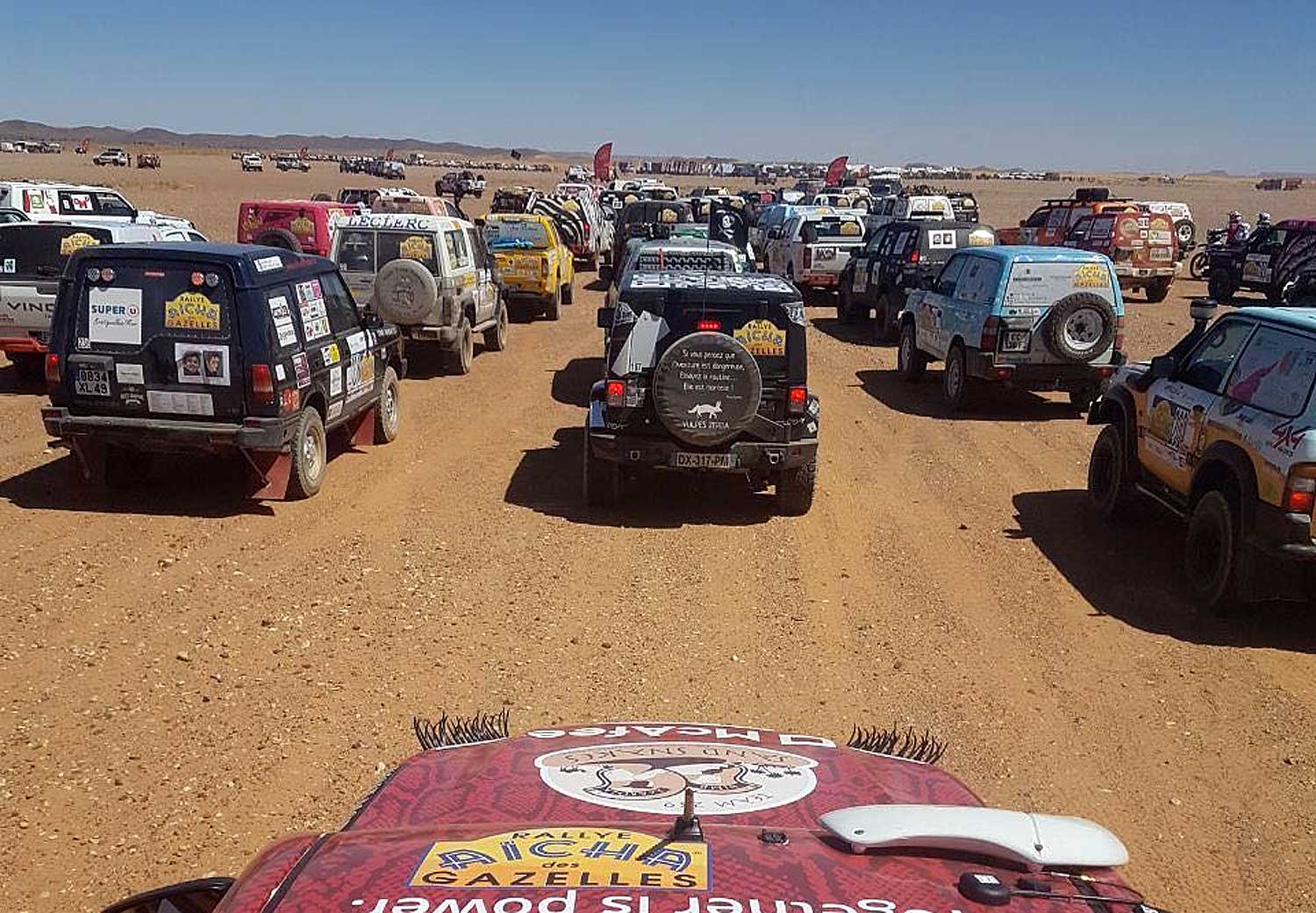 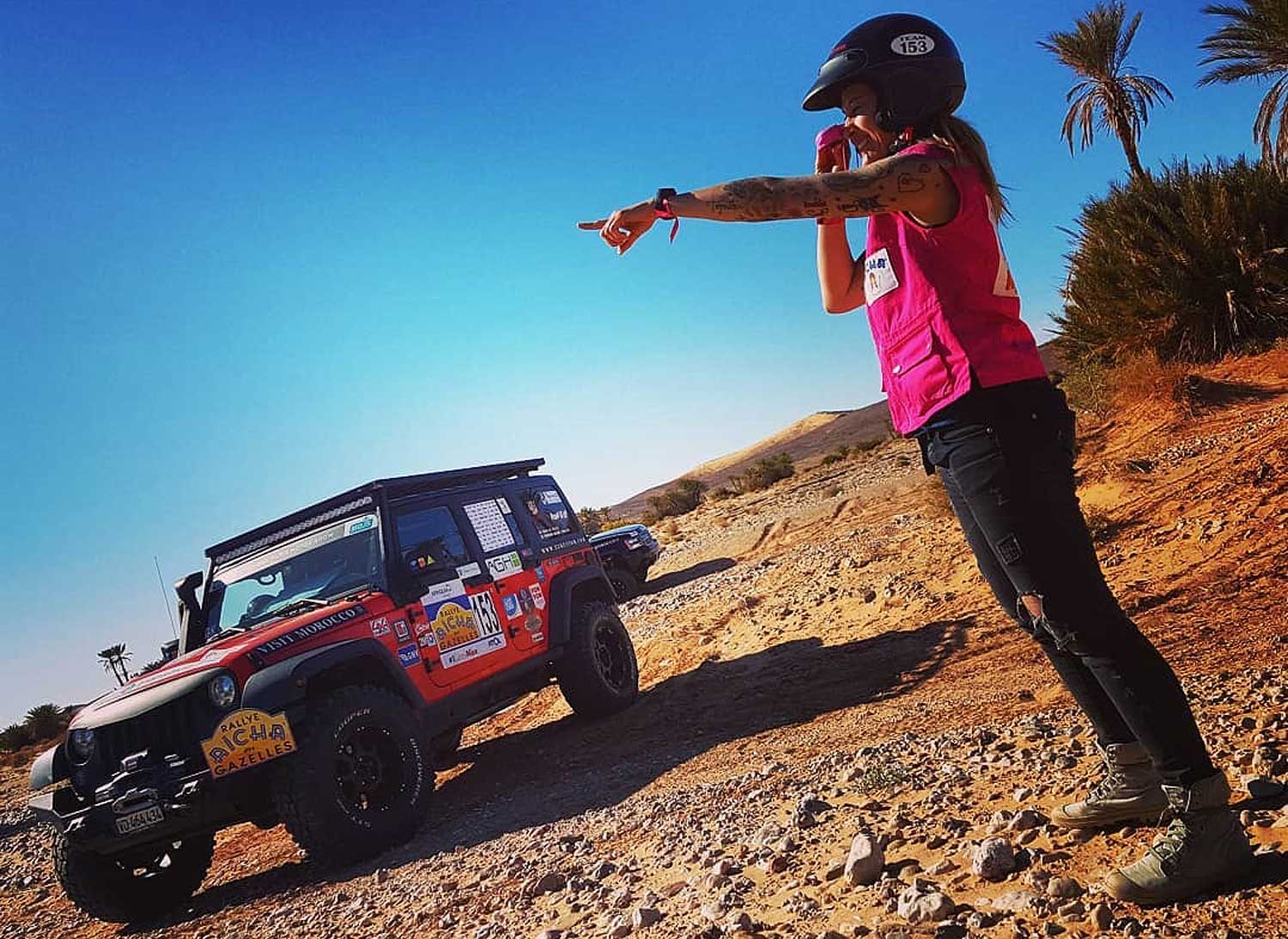