"Baja Russia Nothern Forest" starts this weekend in Karelia and combines two competitions on the same track: The first round of the "FIA World Cup for Cross-Country Rallies" and the first round of the "Russian Rally Raid Championship". The entry list is the strongest, it is possible to say there has not been such a starting list yet in the history of the race since the first event in 2003. 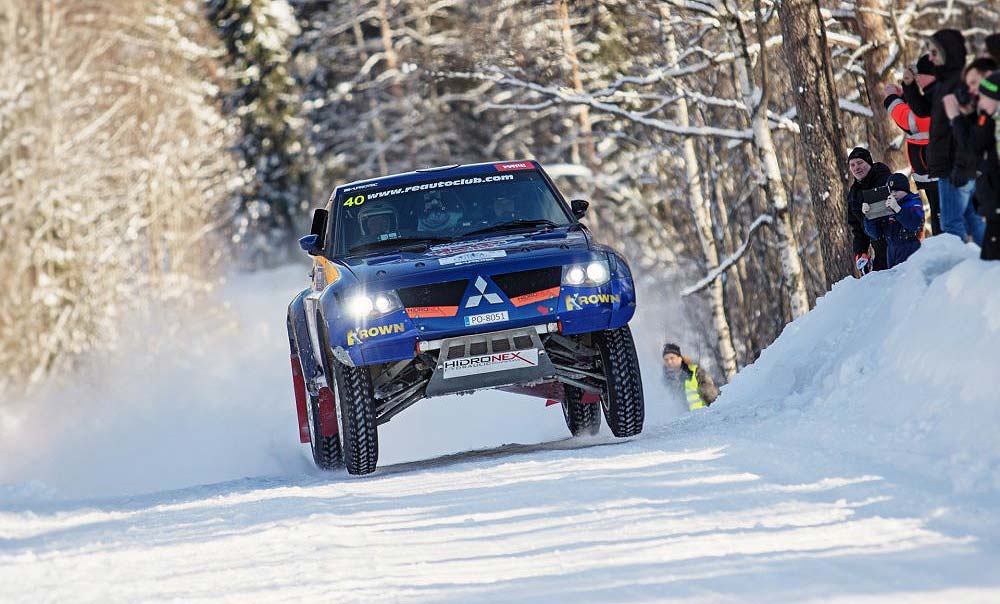 Nearly four dozen crews will start in 2018: 17 of them in prototypes of T1 category, nine participants in T2 cars; seven crews will compete in the "Raid Sport" standings and six in T3 (Side-by-Side) category. Within them, nine FIA priority drivers, several World Cup holders and champions of Russia in different kinds of motorsports will pass through the Podium in the "Ruskeala Mountain Park".

Half of the route has been changed for 2018

"This year the event distance has been increased, and the route itself has been changed by about 50% that will allow the racers to show all their skills and enjoy the new track," said Victor Sokolov, Race Safety Director. "In addition, the Baja offers the best stages in Europe, where the speed reaches 190 km/h; on average, the speed on the track exceeds 100 km/h."

The series that unites 11 countries of the world, has traditionally taken its start in Karelia for several years. However, the standings formula assumes that the winner must have the maximum number of points scored according to the results of cross-country races and the five best by results of Bajas. Considering there are seven Bajas, short three-day races, in the season calendar, drivers have the opportunity to choose the rounds.

Nasser Al-Attiyah, the current Dakar-runner-up, the last year FIA World Cup winner and the multiple World Rally Champion, is going to visit the snow-ice Baja with his Overdrive Toyota Hilux. The Qatari driver participated in the winter races in Sweden and Norway many times so he knows firsthand about ice and studded winter tyres.

Poland´s Aron Domzala, the world series bronze medalist, won the Baja last year with his Overdrive Toyota and is not going to give up this season: The plan is obvious – a victory at the end of the year. His compatriot Jakub Przygonski plans to climb up at least one step in the FIA World Cup, because last season he had to give the first place to Al-Attiyah by the end of the year. 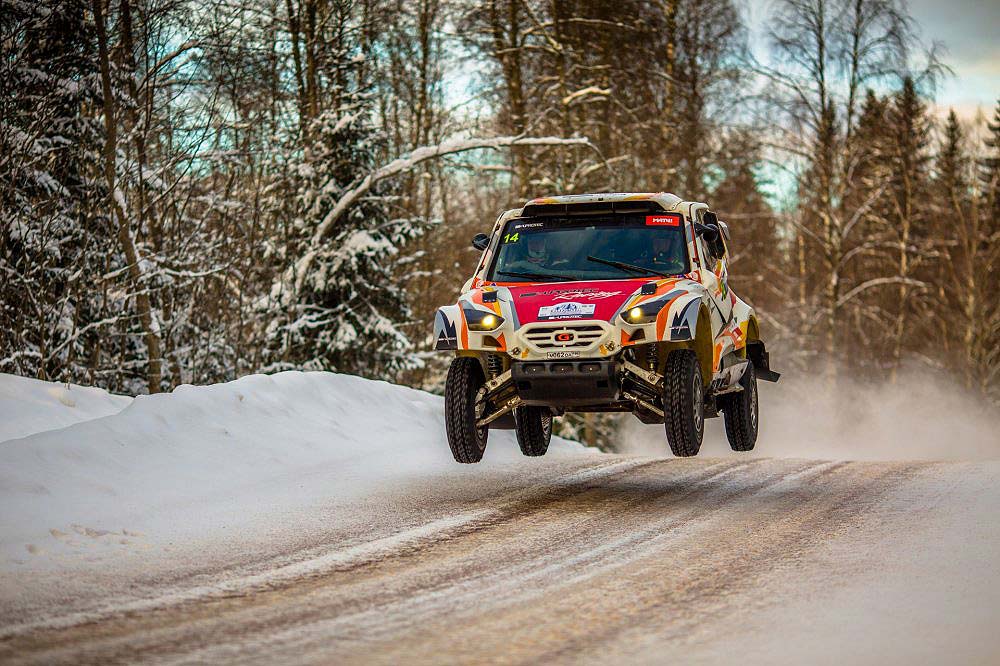 The third Overdrive-Toyota will see a well-known face in the T2 but new face in T1: The T2 (Production Cars) World Cup winner 2017 Yasir Hamad Seaidan from Saudi Arabia will change his T2-Toyota Land Cruiser VDJ200 to the wheels of an T1-Overdrive Hilux. He will be navigated by the famous Russian Aleksey Kuzmich.

"It’s always exciting to start a new FIA World Cup campaign and this event comes just three weeks or so after our successful Dakar Rally, where Toyotas filled two places on the podium and we also had two customer cars inside the top 10," said Overdrive Racing’s CEO Jean-Marc Fortin. "We’ve made a strong start to the season and we need to keep that momentum going in Russia, where we will see a massive change in weather conditions from the 35-plus degrees we faced on many days in Dakar to temperatures that could be as low as -20°C on the stages in Karelia."

Russians will show their pace in their home race

Vladimir Vasilyev, another regular series participant, the 2014 World Cup holder, the recent "Africa Eco Race" marathon silver medalist, intends not to miss the races this season and to start at home-event. Vasilyev will drive his X-raid Mini, Konstantin Zhiltsov, the honored master of sports of Russia, will be his co-driver.

"This is a really beautiful race," commented Vasilyev. "The only one in the FIA World Cup calendar that is held in the winter. The organizers have found the perfect tracks in Karelia, where it is possible to host not only the FIA World Cup for Cross-Country Rallies, but even the WRC round with due diligence; distance is enough. I hope this year struggle will be particularly interesting."

The Russian Novikov brothers were disqualified last year and were forced to give up the first place to Domzala, so now they intend to gain revenge. However, the whole Suprotec Racing Team makes play – three Boris Gadasin’s designed G-Force BARS cars will be at the start with experienced and titled drivers: Andrey Novikov, Andrey Rudskoy and Boris Gadasin at the wheels.

Special attention of fans and journalists will be attracted to the debut of Anastasia Nifontova, a famous rider, participant of the Dakar, Africa Eco Race and many other marathon races in the motorcycle standings, as cross-country car driver. Her Toyota Land Cruiser VDJ200 is also prepared under the T2 category and by the Russian Suprotec Team, by the way the same car last year the Saudi has competed with. 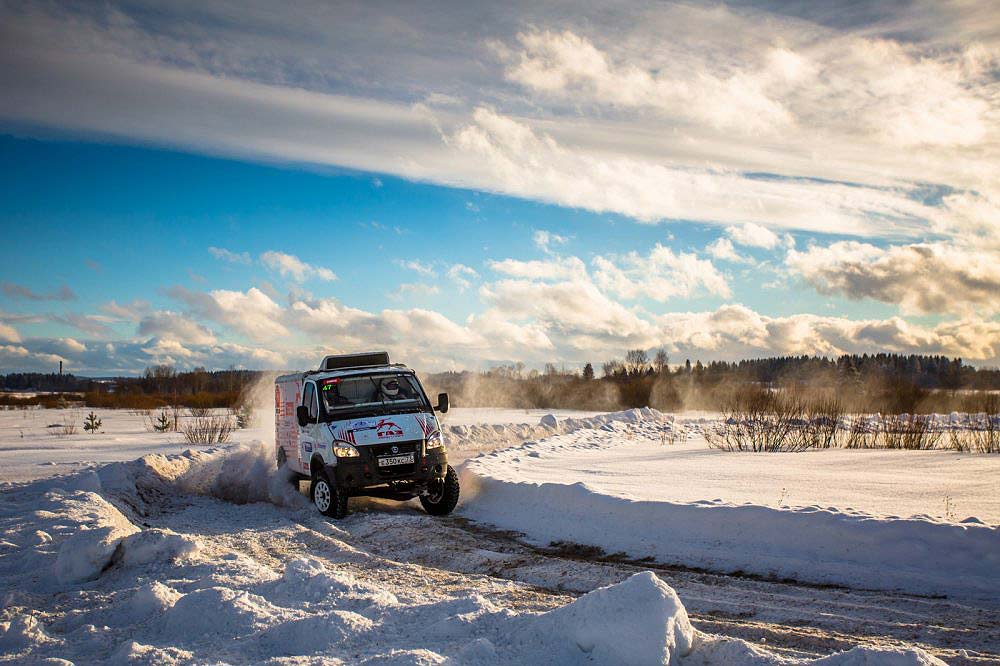 "I always wanted drive a car in the cross-country rallies and there is this opportunity thanks to the Toyota Russia support," said Anastasia Nifontova. "Strangely enough, the motorcycle standings cancellation at the Silk Way Rally inspired me to do this, but my desire to participate in the transcontinental marathon was great, so this plan has appeared."

Maria Oparina and Taisia Shtaneva, the "Silk Way Rally" winners, will start in the T3 class vehicle (SSV) and the girls do not mind the cold weather, and the lack of glasses in their car is leveled by adrenaline and a sense of drive.

In the Russian Championship entry list there are unexpectedly many representatives of the classic rally: The champions of Russia Evgeny Sukhovenko and Alexey Ignatov; Kirill Chapaev, the multiple winner of the Russian and the Baltics Championship and Cup rounds, as well as Vladimir Chernositov, the silver medalist of the Championship of Russia in 2007 in the class P11.

In 2018, the race start will be given in the Ruskeala Mountain Park territory. On 16 February the participants will wait for pre-start events – administrative and technical checks in Sortavala town, and then the racing crews will go to the short special stage – the Prologue that starts at 14:30.

There the drivers will not only be able to test the snow and grip of the wheels on the frozen ground, but also to identify the fastest crews. The Prologue results will allow the strongest drivers to choose the starting position for the next racing day. The Prologue winners will also receive a special prize from the Head of the Republic of Karelia.

The Ceremonial Start will take place in the Ruskeala Mountain Park on 16 February at 19:00. During the opening ceremony, the Republic on-stage performance groups will act for the participants and fans, the children’s drawings contest results will be announced, etc.

On 17 and 18 February the participants of the World Cup and the Russian Championship round will tackle the snow tracks laid in Suojarvi and Sortavala districts of Karelia. The race will end in the Vyartsilya village on 18 February. 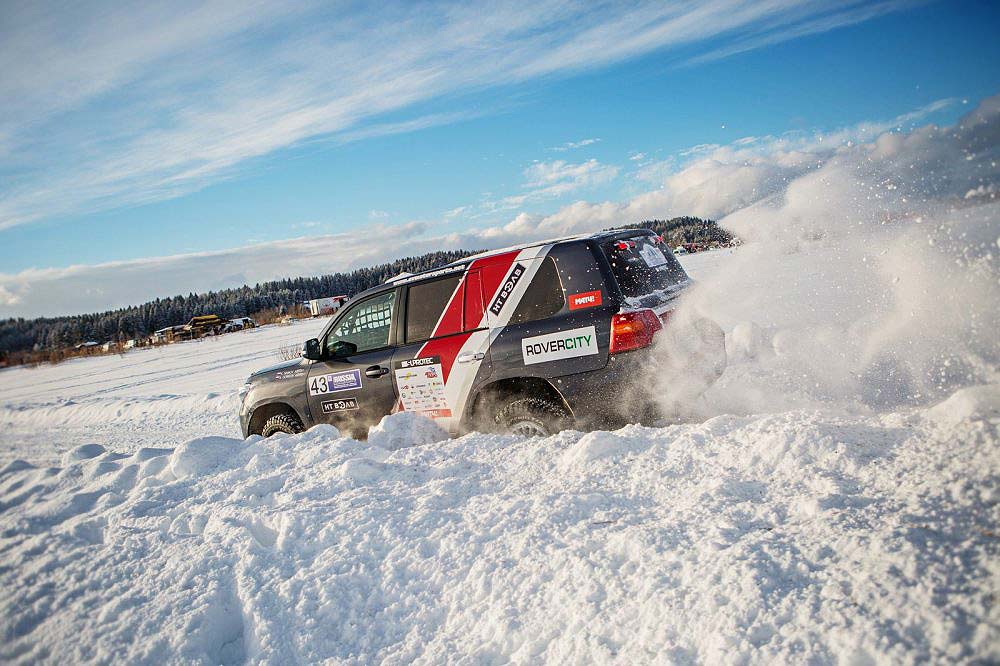 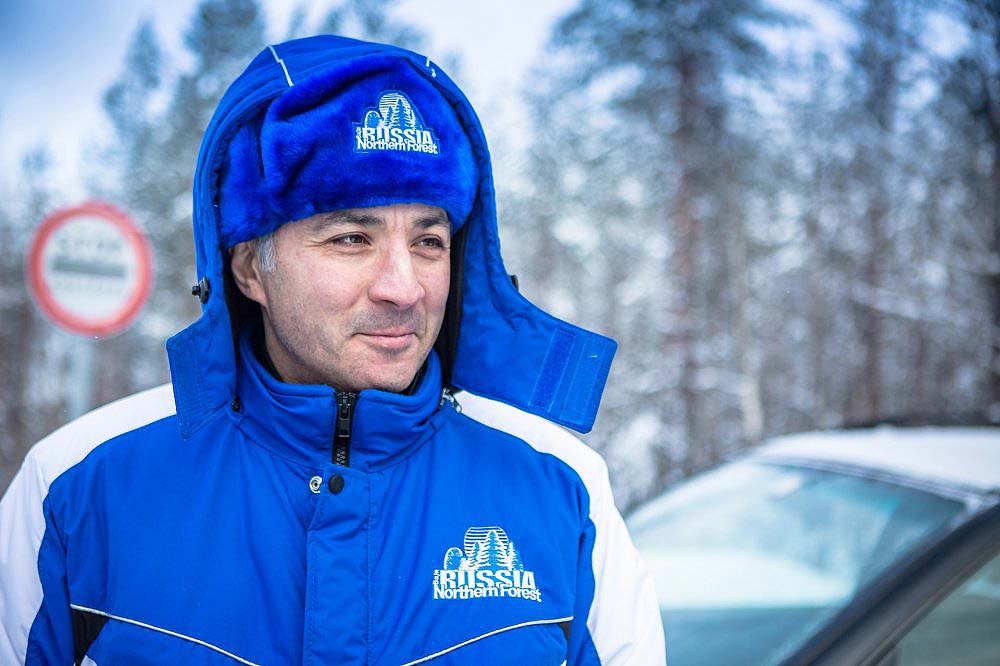