The Breslau Rally in Poland, the biggest licence-free Crosscountry Rally in the heart of Europe, opened the registrations and day by day more competitors subscribe for the 2018 edition. In 2018 the rally will see again the "Fat winning Lady" called "Burglinde" - the MAN KAT 4x4 Extreme-class rallytruck of the German team "Rally Noobs". To say it first, nobody knows why their truck is named after a big women of the Age of Chivalry. But what we know is, she has a brother called "Schwerthelm" - the support- and transport-truck of the team. 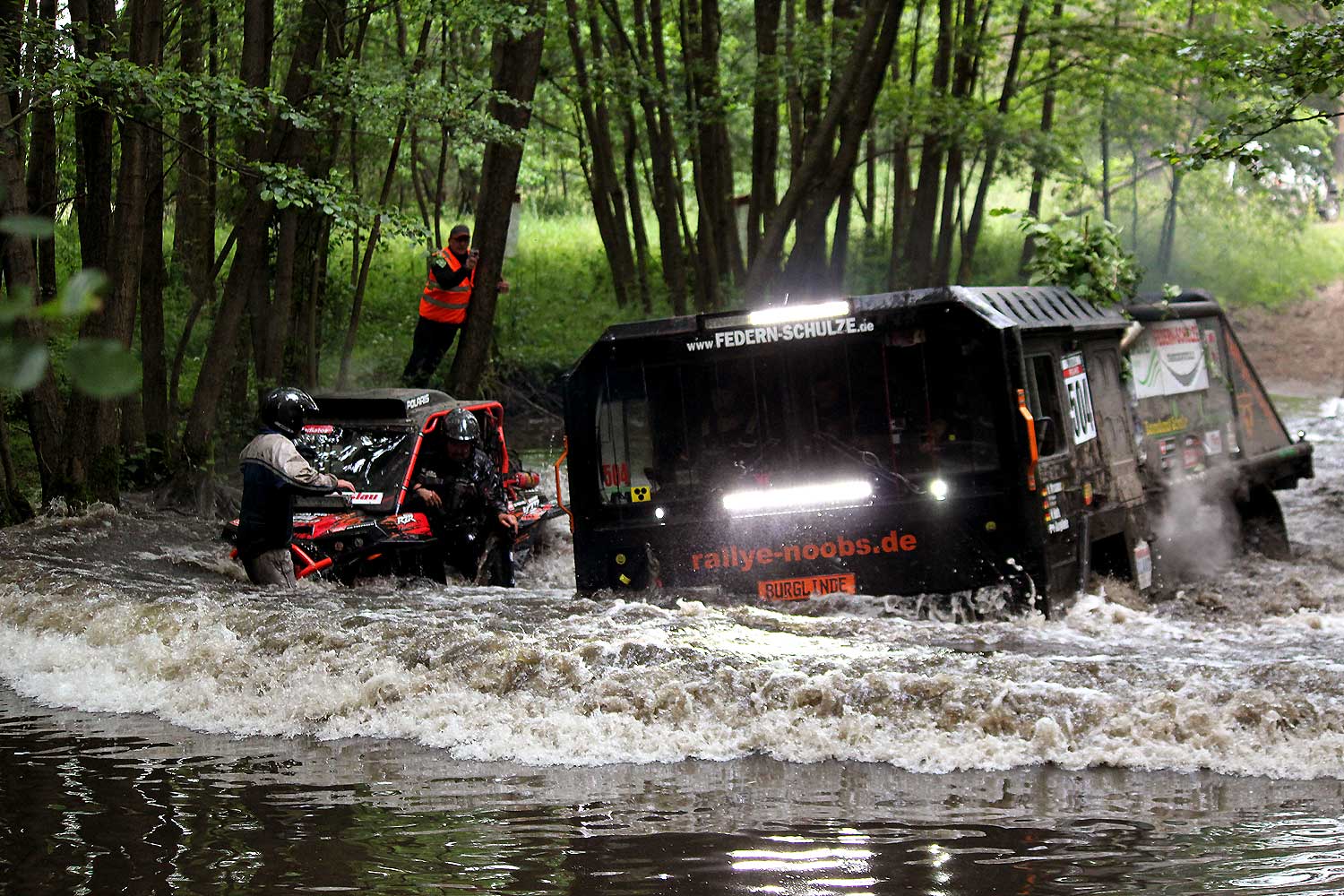 In 2017 the Rally-Noobs of Kay Messner, Nico Huth and Matthias Pietzsch won the Rallye Breslau Poland in the heavy-duty Extreme trucks with a big lead of 10:53:40 hours (!) in front of the IFA L60 of Pohle / Krauss / Goeschel (who bytheway only had 1:01 minutes to the 3rd, Hoenig / Buerger / Rabeler in their MAN KAT).

"The rally has eight stages and we want to finish all eight stages," Kay Messner told last year during the event, asked for his aims in the rally. "Sure we want to win. But you never know. In 2016 we were 4th on the second to last stage - and in the last stage we had to retire due to a broken engine. Because we had no trailer, the official recovery truck of Achim Lust towed us 300 kilometers back to Germany. This is why Burglinde got her brother Schwerthelm - towing a MAN KAT through Poland is not really funny."

The Rallye Noobs started their Breslau-career 2011 in the cars category with a Land Rover Defender in the Extreme class. But how to end up in the heavy Extreme trucks? "The typical story. After the stages, we were walking through the camp to visit other teams, stopped at the big trucks. The trucks became more and more interesting... and one day we decided to start with an own truck," Kay Messner reported. "One day you are infected with the rally-virus. You like the fun, meet these special kind of friends once a year, enjoy to be part of the unique rally atmosphere!"

The Breslau Rally was founded in 1995 as the first Rallyraid on European soil. During the years the event grows up to the biggest Rallyraid during European forest, settled in Western Poland near the German border. Since 2013 the rally is owned by the RBI Association, which also creates the "Balkan Offroad" Rally and was partly responsible for the "Baja Deutschland". 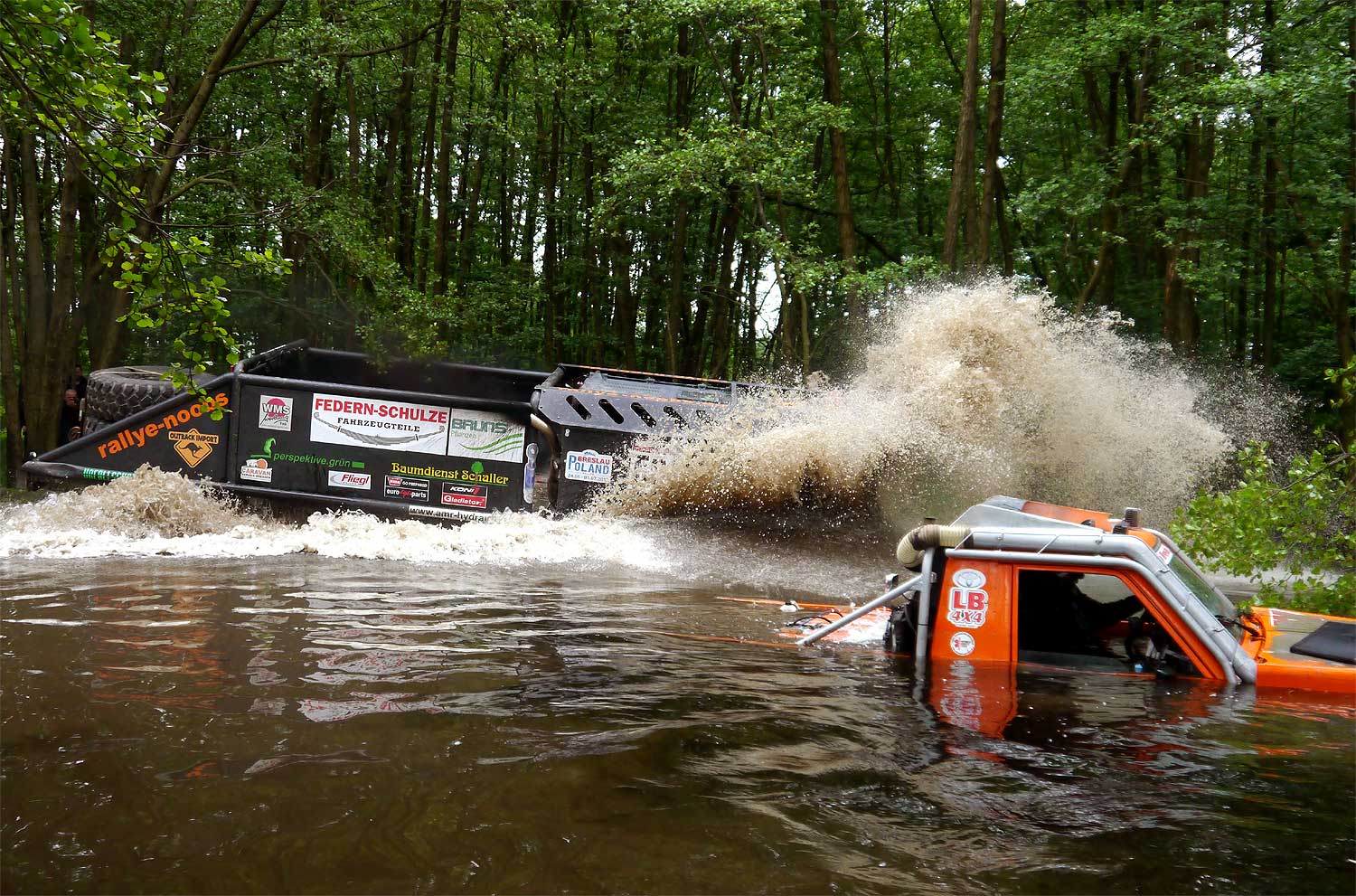 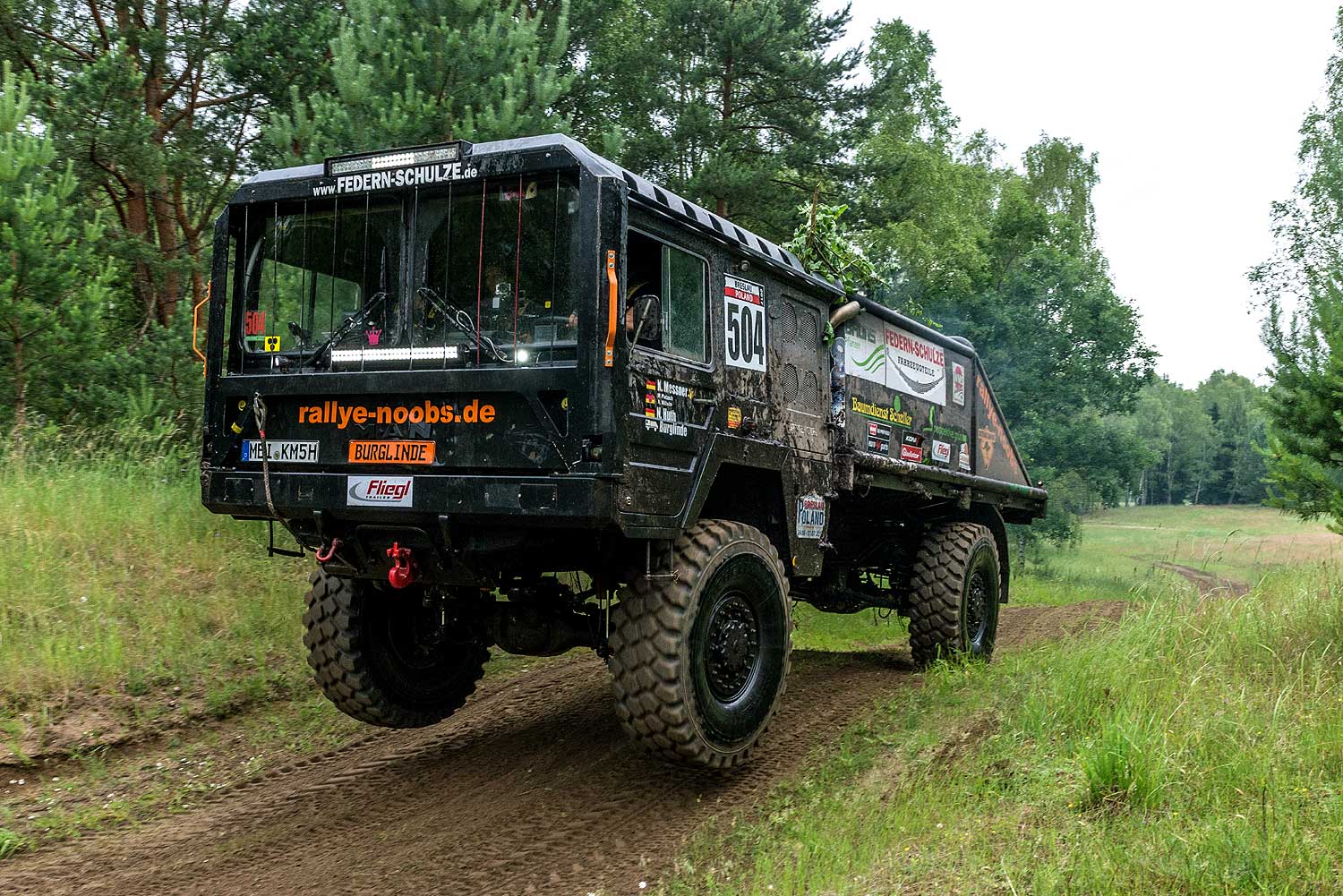