Cross Egypt Challenge 2018 for Motos and Scooters open the registrations

The "Cross Egypt Challenge", scheduled for 11-19 October this year, has opened registrations for interested participants. According to the initiative's website, the Cross Egypt Challenge is "a unique cross-country rally on motorcycles and scooters and is one of those life-time memorable experiences for those who love adventure travel and extreme sport." 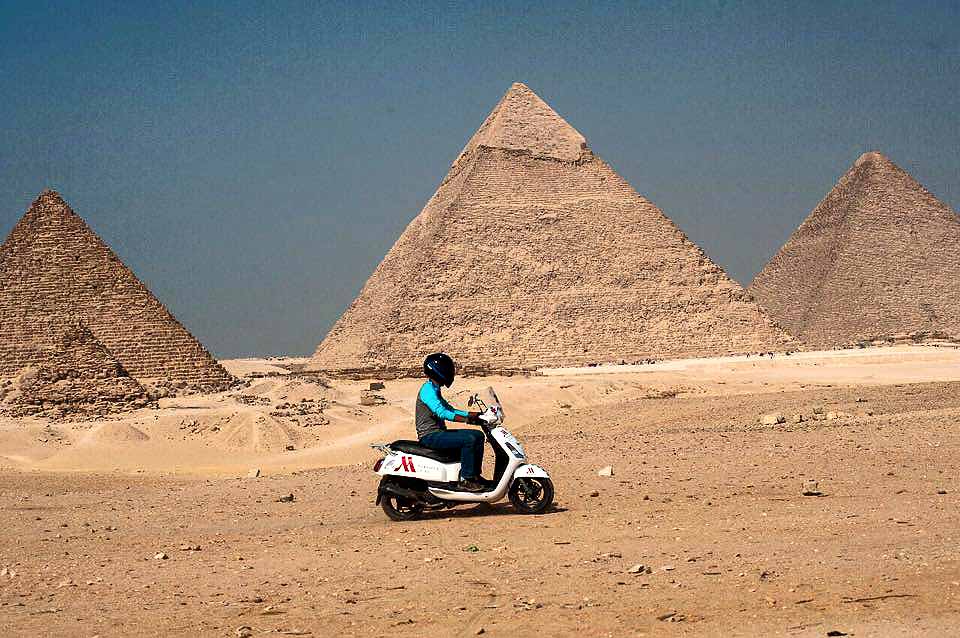 The Challenge creates a special focus on Luxor, one of the most densely populated governorates in Upper Egypt with one million people and a fertility rate of 3.4 children per woman. One of the most important challenges facing Luxor is the high unemployment rate among young people, which has reached 37.9 percent. Women’s participation in the labour market is also very low, at 13.5 percent. It has the third highest unemployment rate among Egyptian governorates at 8.5 percent.

Among the Egyptians who will participate in the Challenge is Helmi Al-Said, 27, a Guinness World Records holder after crossing the European continent by bike — 6,100 kilometers — in 29 days and five hours. He is the official ambassador of sport in the Egyptian Cycling Federation and is participating in the challenge to contribute actively to raise awareness of the importance of sport and its positive impact on life.

Abdullah Hussein, an Egyptian entrepreneur who has 26 years of experience in developing the talents of children and young people at the Utopia Academy, is one of the founders of Cairo Runners in 2012. Hussein is participating in the Challenge to prove that sports is an integral part of the development process and raises awareness and the culture of Egyptian youth.

The Challenge is organised by the United Nations Population Fund (UNFPA) in partnership with the European Union, the Swiss government and the Norwegian Embassy in Egypt.