Everything is set for the Yamalube Yamaha Official Rally Team. In Lima since the beginning of this week, the team of Adrien Van Beveren, Franco Caimi, Xavier de Soultrait and Rodney Faggotter are all-set and focused on making history for Yamaha in this historic 40th edition of the prestigious event.<br><br>Following a solid season of international rally competition and equipped with the latest edition of the Yamaha WR450F Rally machine, the crew led by team director Alexandre Kowalski will take to the start of the 2018 Dakar early on Saturday morning. Following the instructions of team manager José Leloir and highly-experienced sport manager Jordi Arcarons the quartet of riders will try to improve on last year's fourth-place result, aiming to take Yamaha even higher in the final overall rankings.<br><br>Working tirelessly in recent months to further improve both his physical conditioning and navigation skills, the 2018 Dakar Rally is the perfect opportunity for Adrien Van Beveren to show he can go head-to-head with the elite of international rally racers. At the top of his game and determined to give his best during the next two weeks, Adrien is ready to do battle in South America.<br><br>Showing his acute skills from the first moment he got on the works WR450F Rally machine earlier in 2017, Franco Caimi knows he has what it takes to battle for stage victories in South America. Spending a considerable amount of time training on the rally bike since September, the Yamalube Yamaha Official Rally Team rookie is looking forward for his first Dakar aboard Yamaha machinery.<br><br>Following a solid 2017 season that saw him claim numerous race and stage victories, Xavier de Soultrait is more than ready for the big adventure. Focusing his preparation in further improving his navigational skills during recent months, the Frenchman is confident of a strong performance in this year's event.<br><br> 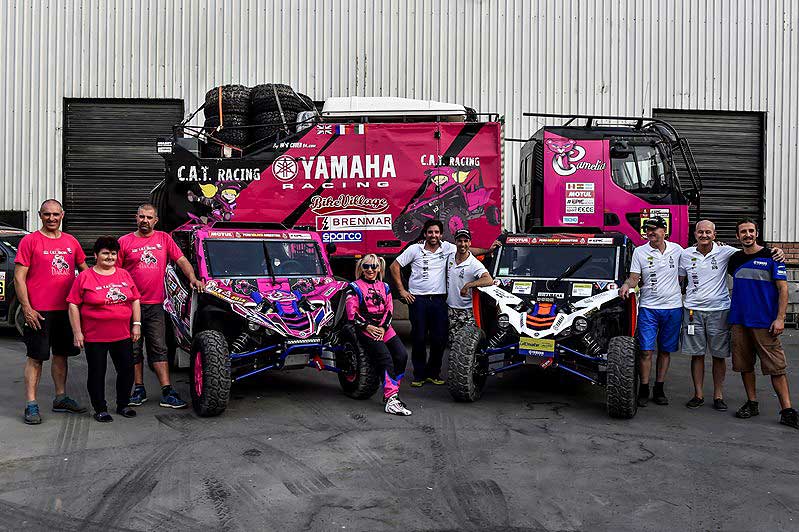 The Yamalube Yamaha Official Rally Team is completed by Rodney Faggotter, with the Australian entering his second consecutive Dakar Rally aboard the works WR450F Rally machine. Spending time training in the warmer conditions of the Australian countryside, Rodney is eyeing a top five overall result in this year's event.<br><br>In recognition of the imminent return of one of Yamaha's the most iconic adventure motorcycles, the team's four WR450F Rally machines will be carrying the Ténéré 700 World Raid name and graphics throughout the event.<br><br>Yamaha's presence this year will be further strengthened by experienced racers Alessandro Botturi and Camelia Liparoti. With Alessandro entering his seventh Dakar, Camelia will make a debut appearance in the SSV class in Yamaha's YXZ1000R side-by-side machine.<br><br>Securing a 67th place overall result in his first Dakar participation in 2017, Yamaha Motor Japan supported racer Shinnosuke Kazama is back for more this year. Racing a WR450F machine, the Tokyo native has his eyes set on reaching the top 50 this year.<br><br>Photos: Yamaha