SS06 of the Dakar took place in a very strange atmosphere. MKR Renault Sherpa Truck driven by Dutch Martin van den Brink, which had stayed in the dunes the day before and had not made the start of SS05, was allowed to start. So all three Czech MKR Renault Racetrucks finished Thursday´s stage. For the first time this year the drivers were not going through dune fields and you could see it on the finish ranking - gaps were only in minutes. 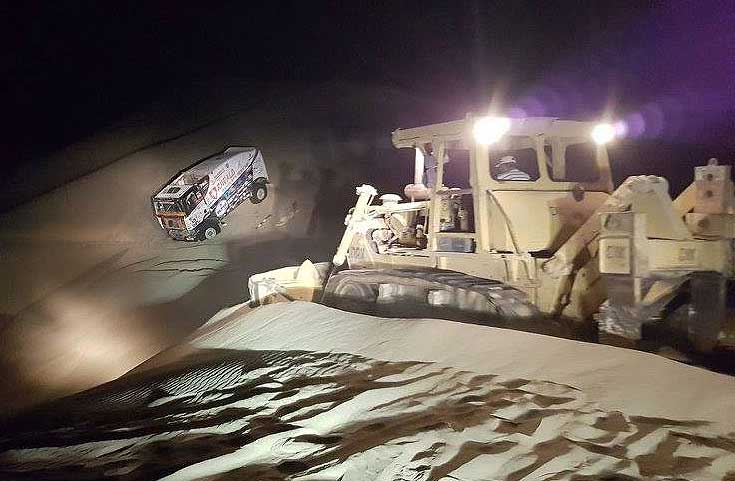 Federico Villagra from Argentina with his De Rooy Iveco won the stage ahead of Czech driver Martin Kolomy. Renault Trucks drivers lost only marginally - 9th for van Kasteren from Mammoet Rallysport lost quarter an hour on the winner, Gerd Huzink of the Riwald Dakar Team was another eight minutes back and finished 13th.

Dutch-Czech crew with driver Martin van den Brink and on-board technician Kozlovsk< was left in a very strange situation. Surprisingly they appeared on the start list of SS06. They successfully finished this stage as 10th with a roughly ten-minute loss. But their result disappeared in the same surprising way, officially they are not listed in the rankings.

"Honestly, we are now waiting what would happen. We perforated our oil tank and we have not made it in time out of the dunes to get to the start line in SS05. But the truck was of capable of continuing, so was the team, so we were happy we could start the sixth stage," said MKR´s Mario Kress. "We expected a massive penalty and of course we had no intentions to interfere with the overall standings, but we would be very happy, if it was possible, to have success in individual stages and test the truck as much as possible. But now we are all waiting what the organizers will allow us." 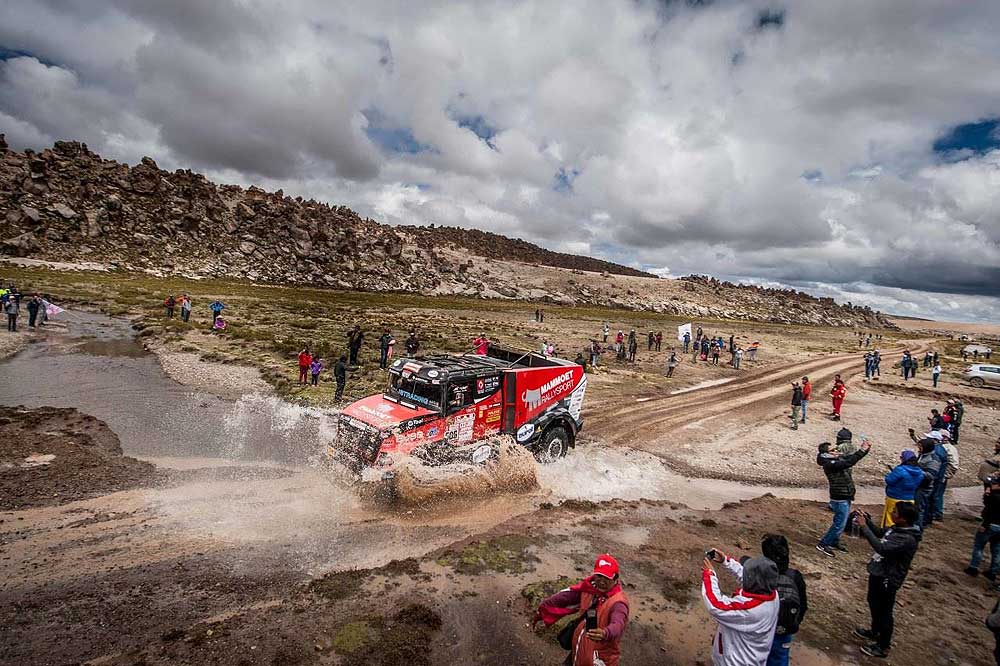 In overall standings, Russian Nikolaev with Kamaz is still in the lead and his gap over second Federico Villagra is more than fifty minutes. Gerd Huzink of the Riwald Dakar Team in the second Renault 4x4 with the 11th position overall is now the highest placed MKR Technology truck, Janus van Kasteren is 16th.

"The next days will be a big test of both machinery and our bodies. There is substantially less oxygen at this altitude, so it will not be very pleasant. But we will cope with that. It will be same for everyone," remarked Mario Kress from MKR Technology.