They are 3rd ranked overall: The red MAZ-Sportauto truck crew of Sergey Viazovich, Pavel Haranin and Andrej Zhyhulin from Minsk, Belarus. In the first part of SS06 the crew managed to overtake the Kamaz of Mardeev. In the second special stage, the crew was the third truck. As a result, in the 6th stage Sergey Vyazovich's crew took the 7th place, only 6:21 minutes behind the winner Federico Villagra in his Iveco, overall they are not placed 15th. 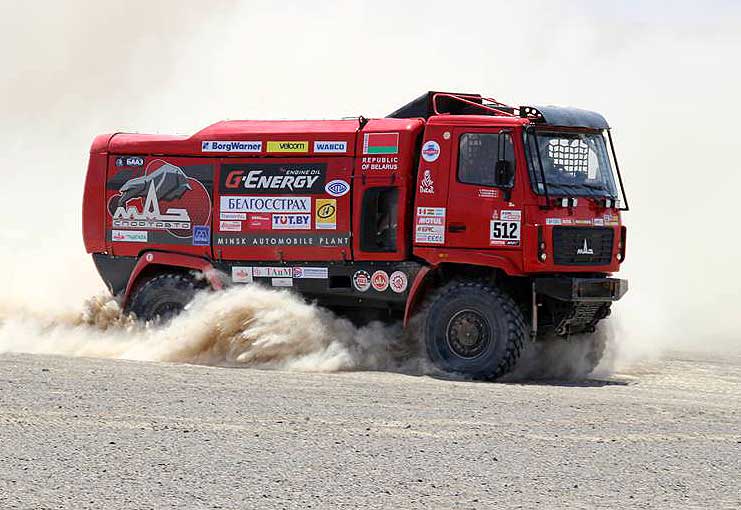 The crew reached La Paz in the darkness. "The road was narrow and muddy, there was a lot of dirt in the stage and it was hard to handle," Viazovich reported after the stage. The first goal of the teams was to stay comfortable in the overall classifications. "Now our task is to keep rivals in the distance, so as to protect themselves."

Today also the MAZ-pilots enjoyed the rest-day - but not the rest of the crew. "Mechanics need to prepare the trucks for the marathon-stage, and this requires special attention because we have to handle two stages without service, and this will become a serious test. Of course, the crews themselves will be able to service the cars on stage, but without the help of the team. That's why all the forces are on the maximum preparation of the bolides for tomorrow's launch," the team reported.