Dakar Rally 2018: Biker Gerard Farrés ´This will be my last Dakar on a bike´

The charismatic rider Gerard Farrés announces that this 2018 edition will be his last on two wheels, during an emotional event surrounded by his Dakar family. Supported by the full Himoinsa Team, he is eager to put up a good fight in his last participation aboard his KTM. The Manlleu native opens the door to a possible future in the buggy category.

In an emotional act, Farrés, one of the race’s main characters in recent years, has commented about his performance in "the race of a lifetime" and explained the reasons behind his decision: "I have been enjoying and fighting in this race for many years. As I always say, for me it has been more of a lifestyle rather than a race. I have suffered and enjoyed, and the third place we achieved last year was a dream come true, a real reward for my entire professional career. I could not ask for more. I think the end of a cycle has arrived and I have made the decision to stop and enjoy looking back at my success." 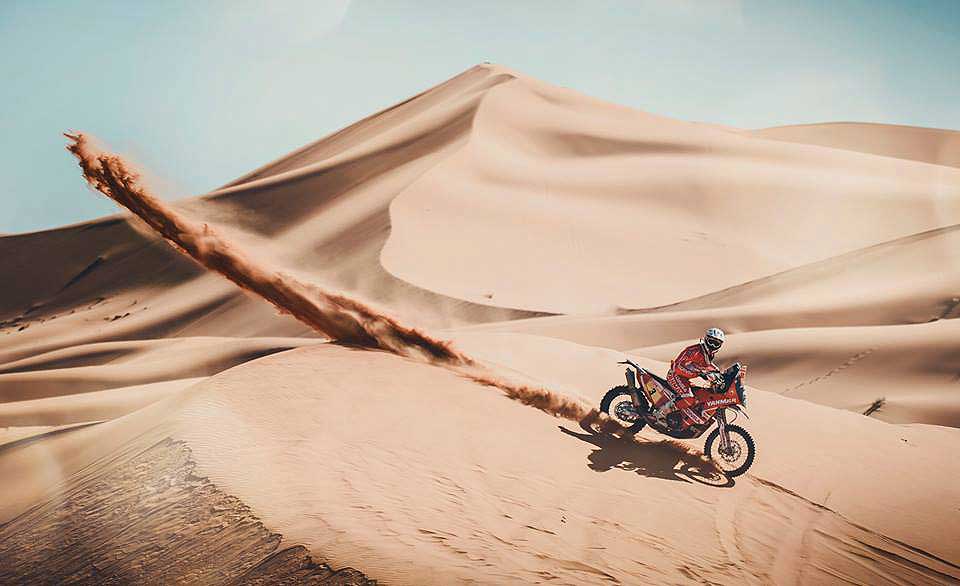 Farrés thanked all his teammates and rivals for their affection, and announced his intentions for this 40th edition which is about to begin: "I am very eager to have a great Dakar this year and put a finishing touch to this stage of my professional career and my life. This race has given me everything and I will give it all I’ve got to say goodbye in style. We have prepared very well and we are confident in being able to ride a great Rally. That’s how I want to leave, being competitive and riding well. The whole team is very strong and we have come to put up a fight."

As for his future, he says he wants to remain linked to Dakar and is looking to take some time to think and decide. "At the moment I just want to focus on each stage and fight every day from the start of the rally. Then I’ll rest and consider the future, but I am certain that I do not want to leave this wonderful family, so I’ll look for ways to continue, maybe on a buggy, but I really want to think it through calmly. I really want to continue experiencing new sensations in this race."