The Dakar Rally is saying goodbye to Peru, starting point for a very demanding 2018 edition of the most difficult competition in the world. After the blow to the aspirations of the team that meant the withdrawal of the Renault (Dacia) Duster crew Emiliano Spataro and Santiago Hansen just a few hours before, Carlos Sousa and Pascal Maimon took forward an extremely hard day, in which their continuity was threatened by several complications. However, the crew members did a great job to keep going and reach the last bivouac on Peruvian soil before crossing the border into Bolivia, being the only squad of the Renault Duster Dakar Team in the race.

The nightmare began in the first kilometers of the special, with a traffic jam in a sector where several of the protagonists were detained, including Sébastien Loeb. But the real odyssey came true at kilometer 20, when a problem in a semi-axle left the Duster only with rear-wheel drive. This caused successive stops that resulted in a huge delay of a few hours, until the team was able to assist them, the problem was corrected and they managed to keep marking the next points of the route. 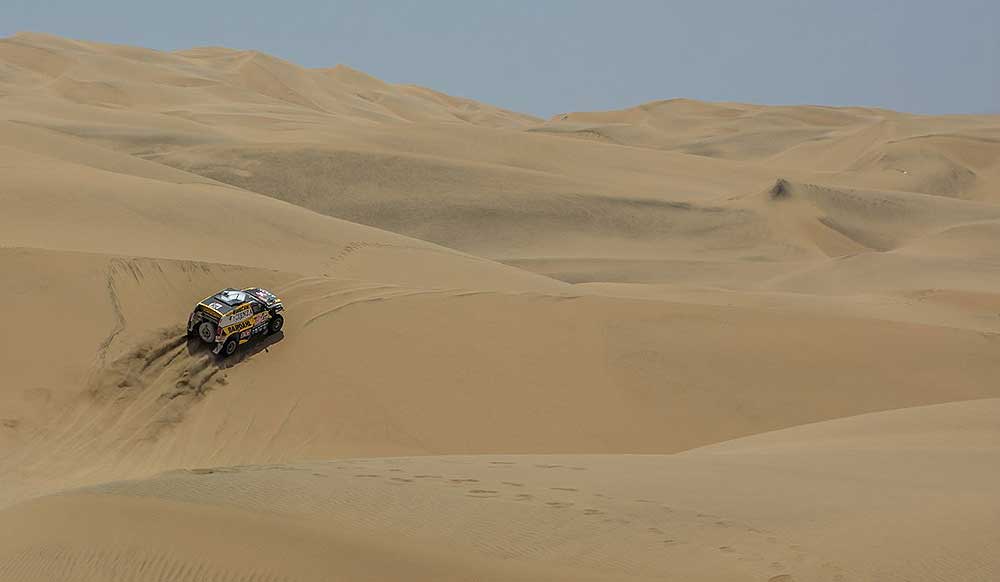 "It was a terrible stage that started with a traffic jam," reported Portugal´s former FIA World Champion Carlos Sousa. "It was a very, very difficult area of very soft sand, but from where we managed to get out without losing much time. The problem was at kilometer 20, when we went through a string of dunes, we broke something in the transmission and we were only with rear drive in the car."

"From there, the jams were successive and we opted to stop. A truck gave us a tow until the neutralization, we waited for the spare parts truck and after a few hours there we got to do the repair, in an excellent job of Pascal. It crossed our mind to give up, our goal of fighting for a good result suddenly complicated."

"But after overcoming a stage like this and, in the end, all these difficult days that will put this Dakar as the hardest ever played in South America, we have to continue. In the final control we received many messages of support, which gave us great encouragement. For that reason, we are not going to give up and since we are not even halfway through the test, we are going to try to surprise in the stages that are more favorable to the Duster".