Dakar Rally 2018: Casale ´The result of so much work and so many sacrifices´

There were fewer surprises in the Quads, where Ignacio Casale with his Yamaha Raptor 700 took the final stage and overall victory by a massive margin. The Chilean rider has been untouchable from the start of the race, taking no less than five stage victories en route to his second Dakar win, following his victory in 2014.

In the last stage, he was chased over the line by Nelson Augusto Sanabria Galeano (Paraguay, Yamaha Raptor) and the Argentinian Nicolás Cavigliasso (Yamaha YFZ450), but in the finally Casale could win in 53:47:04 hours, Cavigliasso and Jeremías González claimed 2nd (+01:38:52) and 3rd (+02:08:14) overall in an all-Yamaha podium. 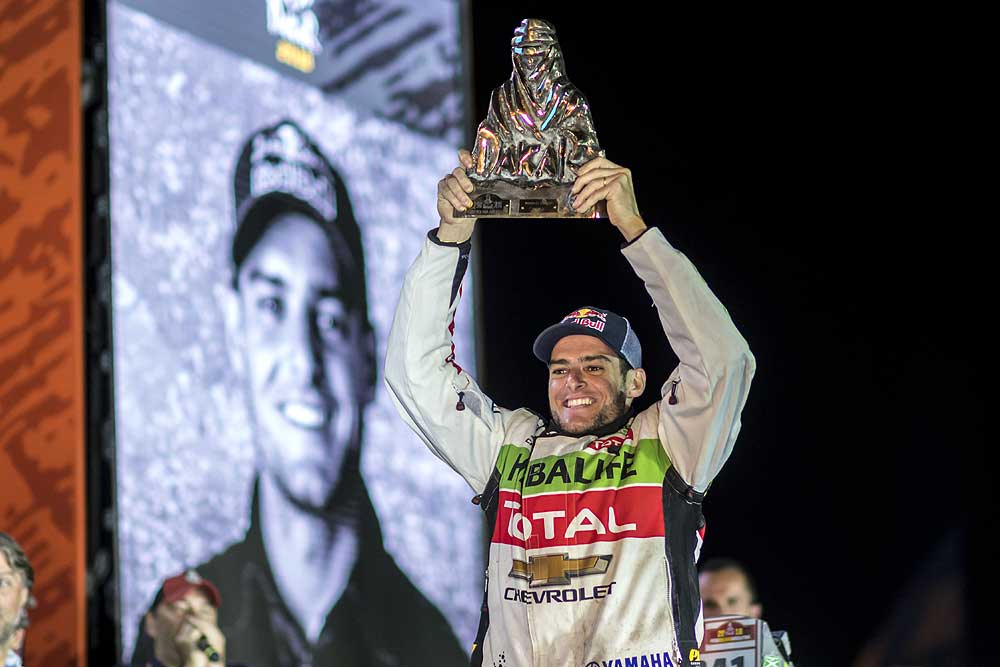 "The race was very tough," said Ignacio Casale after the rally. "You had to ride intelligently. It all went OK for me because I was very well prepared. It's a wonderful emotion, because it is the result of so much work and so many sacrifices. I've never stopped battling. Winning the Dakar is very demanding, especially four years after the first win: There have been accidents and mechanical problems, but we've made it. It's totally crazy."

The Chilenian prepared as much as possible physically and mentally to compete against competitors like Sergey Kariakin (Russia), Rafal Sonik (Poland) and Josef Machacek (Czech Republic), three winners of present Dakar Rallies in the category. Kariakin and Sonik had to retire, Machacek finished 12th this year.

Casale has been into motorsports since he was a small child. His first love was motorbikes, but in 2010 when he made his debut in the Dakar Rally in the trucks category, with his father as his racing partner. They finished in 26th place, but it earned Ignacio a wildcard to compete in the 2011 Dakar – and for that rally he rode a motorbike.

In 2012 he competed in the quad category and finished 4th. He won his first Dakar (quad category) in 2014, becoming the first Chilean to do so in the process. Unfortunately an injury ruined his chances in 2015, but he was soon back on form, winning the Sealine Cross Country Rally in 2016 and coming 2nd in the Dakar 2017.