Dakar Rally 2018: Coronel brothers - ´We are enjoying it and let’s get on´

After the unexpected rest day due to the cancellation of SS09, Tim and Tom Coronel were able to push again with their Jefferies Buggy during SS10. The crew had given ‘The Beast’ a full service again during the extra day off and thus, the duo was fully confident going into the final part of the 2018 Dakar Rally. While cold, rain and huge puddles of mud had marked the previous days, the rally now headed into the desert. Temperatures rose every minute, which didn’t make things easier for the twin brothers.

"So, that’s us finished again," Tim said with a huge smile on his face from the bivouac in Belén. "Everything went well, even though it was a matter of surviving. That was a result of the temperature. It was so hot on the stage, unbelievable. As a result, we were managing and keeping an eye on the gauges all the time: Water temperature, the torque limiter, the engine oil. And of course, that didn’t work together: Once, a certain level went up and another one the next time. But eventually, it all worked out. On the stage, we have seen an incredibly high number of cars that had got stuck with problems, but we simply made it through again." 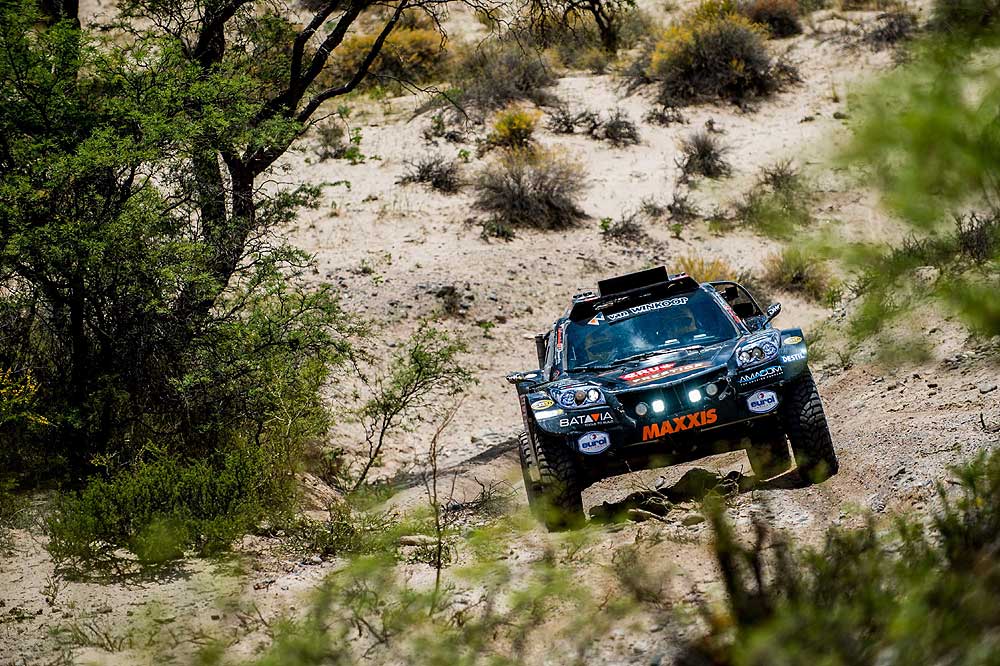 Tom Coronel added: "Tim and I were having a lot of fun on the way. We were able to talk a lot because we had to let the equipment cool down every now and then. All in all, it was just a successful day. You can say what you want, but we are still in the rally, unlike many other competitors. But it was tough indeed!"

"In the desert, we frequently had temperatures of 45 degrees. We played it in a clever way to master the temperatures. For the rest, the car was super. This stage seemed to have been made for our buggy, many little crests the car is simply flying over. From that point of view, it was a pity that we weren’t really able to push it to the max because a classification somewhere around the top 15 would have been within reach. This is a three-year project, so we just keep going. At the moment, we are enjoying it and let’s get on with the next stage!"