Dakar Rally 2018: Coronel Brothers finished with a ´swimmingpool´ in the car

Mission accomplished for Tim and Tom Coronel. At least most of it. With the brand-new and brawny Jefferies Buggy, the duo has reached the finish of the 2018 Dakar Rally. "The Beast" did have quite a few teething problems, but the American monster also frequently showed its speed and its potential. The final day didn’t cause any issues. The twins fully enjoyed the final stage of 120 kilometers around Cordoba. 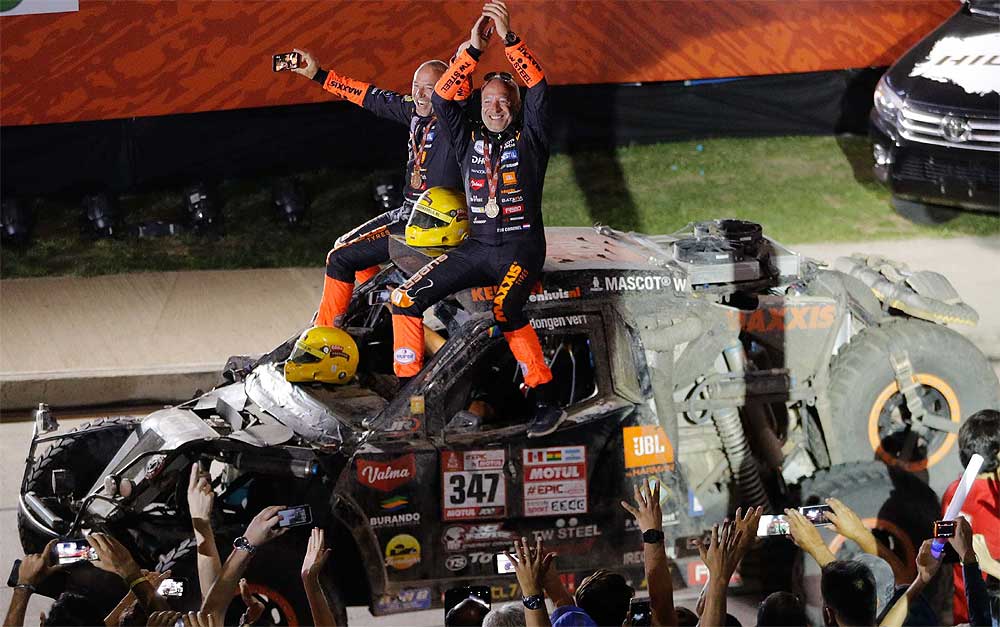 "We have made it!," an overjoyed Tim said after the finish before hugging his brother. "It was quite an adventure again, unbelievable, but now, we are here after the toughest Dakar ever. While many drivers and riders retired, we kept going. A Coronel doesn’t give up, that is what we have shown!"

Tom was equally delighted to have made it to the finish: "It was quite an exciting day after all. They call it a tour around the city, more for the show than for the proper rally. The stage wasn’t very tough, but when things go wrong, you still don’t finish. From that perspective, this day was as thrilling as all the others. Tim started off quietly, perhaps very quietly. I think that was also because of the tension. After the halfway point, we found to our rhythm. On the road, we had a lot of fun, it was clear to us that we were going to be all right."

Both drivers were soaked as they climbed out of the Jefferies Buggy. Tom explained: "Since the penultimate stage, we had been driving without the windscreen. Today, part of the route included some river crossings. We alternated in choosing: Flat out, at half throttle or at walking pace. So it was clear what happened! Flat out, just like in the good old days. A swimming pool in the car, we were soaked, but we laughed a lot. And the fans liked it as well. A great way to end!"