Dakar Rally 2018: Coronel brothers will have a fresh start in the second week

The first part of the 2018 Dakar Rally is in the books for Tim and Tom Coronel from the Netherlands. Many referred to the first week as the toughest Dakar in South-America ever, but the twins made it through without too many problems. They had to spend one night in the desert, but on the other days, the duo made it to the finish nicely in time. Some teething issues with the impressive Jefferies Buggy marked the opening days, but these were cured relatively quickly as well. On the final days before the rest day, the two finally were able to push nicely.

During the rest day, Tom reflected on the first week with satisfaction: "Put it as you like it, but fact is that we are still in the race. We are still in competition. Giving up is not an option," he said firmly. "Of course, we have had some really difficult moments. That is what the French organisers want, they just want that half of the field doesn’t make it to the finish. That is their goal, but it is our goal not to be part of that. But man, it was a battlefield if ever there was one! For us, making it to the finish is quite a struggle and an adventure in itself, that is the difference between us and the front runners. But the fact that we are still running is fantastic. Not everybody can say that."

The first days weren’t entirely smooth. On the first stages, the engine overgheated quickly, but that problem has been solved, as Tim explained: "Indeed, the fuel issue has been cured. We are now using a different type of fuel, which is ridiculously expensive. The normal fuel available here contains a lot of alcohol. That has a low boiling point and that caused the problems for us. The boys have installed a radiator and now things are running very well. Apart from that, we haven’t had any other issues. We can keep going on nicely, the last few days we were really fast at times. That bodes well for the second week." 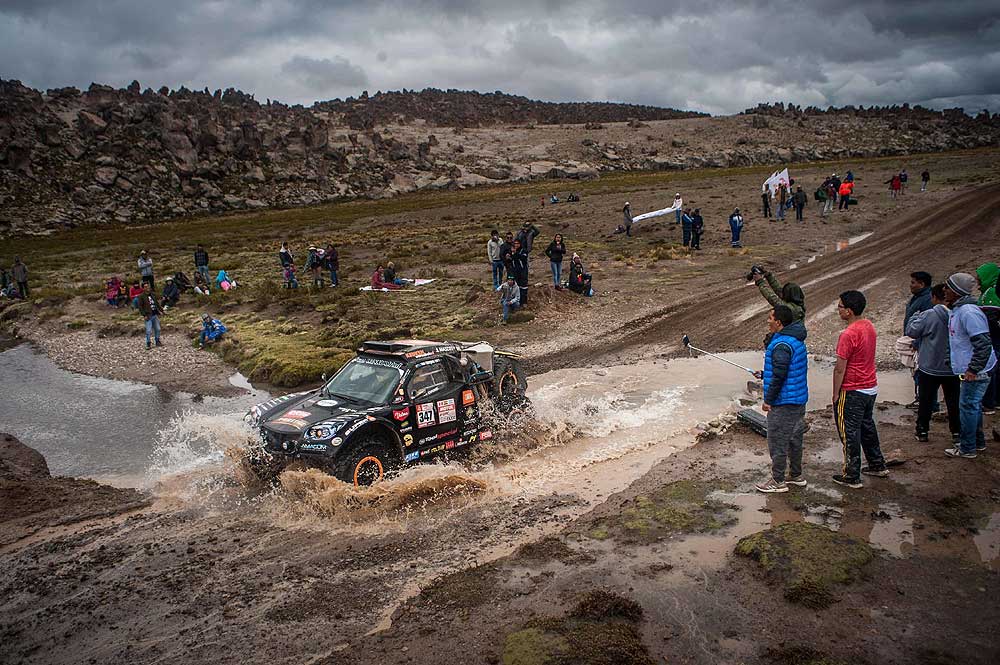 The brothers and the team members used the rest day to catch up on sleep and to enjoy a shower, but the Buggy was thoroughly cleaned as well: "We cleaned the car nicely, we changed all the fluids and lubricants. We are taking the samples back to The Netherlands to have them analysed in the Eurol laboratory. Thus, we and the car are ready for tomorrow’s marathon stage."

So far, it was mainly Tim who did the driving. That will also be the case as the second week gets underway, as Tom explained: "Tim simply did a great job in driving. He is going really well, so why should we change? He offered me to drive for a while as well, but I turned that down. I am also enjoying to watch him at work, that is at least just as much fun. And if I would feel like driving, he will hand the steering wheel to me straight away. No, it is okay like this."