After the brief warm-up on the opening day, the first serious stage of the 2018 Dakar Rally followed on Sunday. The Coronel brothers Tim & Tom occasionally got stuck in the loose sand in the early part of the stage. They were not the only ones: Once, the twins found themselves among about a dozen of other teams that had got stuck. 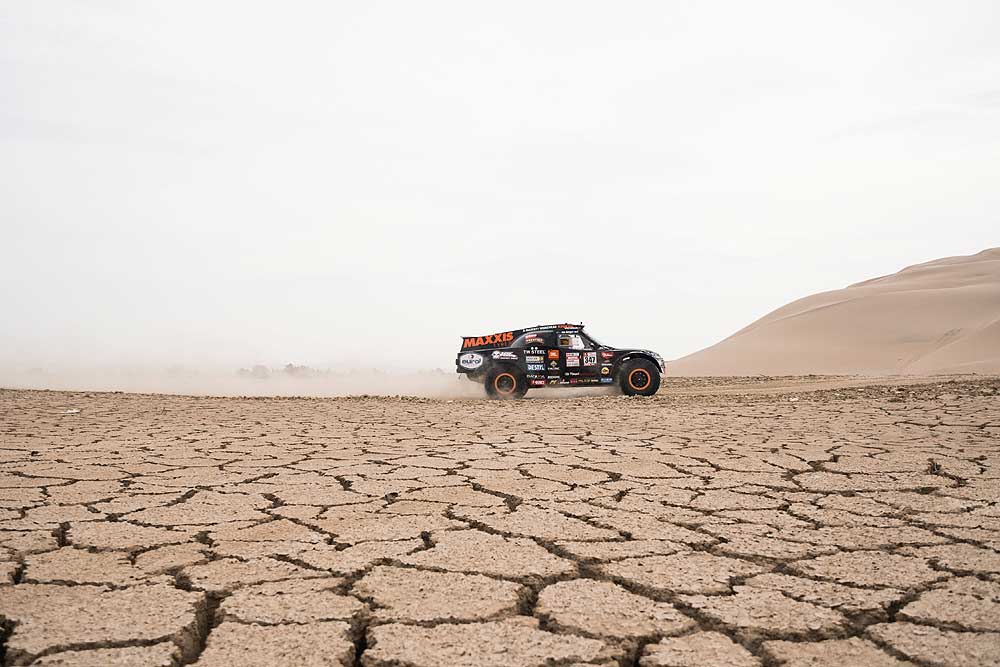 On the opening day of the marathon event, Tim and Tom were faced with some technical issues. The fuel overheated and the engine had to be cooled several times as a result. On the second day, things already went considerably better. Tim explained: "The team made quite a few changes during the night to solve the problem. The changes were significant with plenty of extra cooling in the bodywork. The guys have done a great job!"

Unfortunately, it turned out that the problem hadn’t been solved completely. Some passionate local fans came out to help the brothers in the middle of the desert. "We met them at CP 2. Tim got some fuel from their tank and we gave them the entire rear bodywork of our car," Tom reported with a smile.

"We said to them: ‘Please take care of it and bring it to the bivouac’. And sure enough, they made a detour of at least 50 kilometers to deliver the bodywork. Really cool that he showed up in front of the gate, hat off to him! We hoped that removing the bodywork would reduce the problems, but that wasn’t really the case. But anyway, we are back in the bivouac, even before darkness, so that is fine. Tomorrow is another day!"