After a heart-warming welcome by the enthusiastic Dakar fans on the ramp in Lima, Tim and Tom Coronel got used to their brawny Buggy machine, although the stage didn’t run totally trouble-free. The two had to stop a few times after the brakes got stuck and the engine overheated. Nevertheless, the twins made it into the bivouac in Pisco before the night set in.

"Welcome to the Dakar! We are in the middle of it right away," Tim Coronel smiled afterwards. "There are always days on which things don’t fully go the way you hoped. The brakes got stuck and initially, we didn’t fully realise that. As a result, there was some fire coming out of the wheel arches. Nice for the images, but not quite what we wanted, of course." 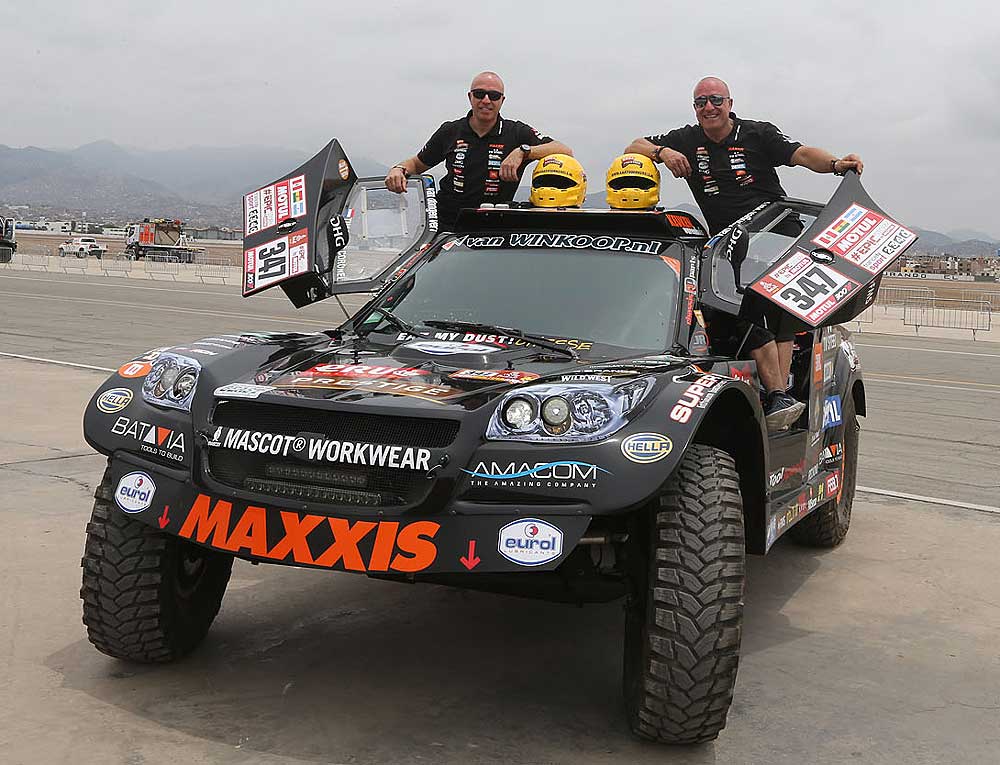 "Once we found out what it was, we released the brakes. After that, a sensor indicated that the engine was overheating. Therefore, we had to stop every two kilometres for the engine to cool down. Very strange, because we never had this problem before. We did plenty of testing in the dunes in America and there, we never had this issue, so we will investigate what caused it. But the car is incredible. When we stay out of trouble, we really can do something nice."

Tom Coronel was equally enthusiastic about the monstrous Dakar machine developed by Damen Jefferies: "So, that was the first cut. What a machine, what a car! It is unbelievable how the car is running, no matter what the conditions are. We only had some technical issues, these need to be sorted."

"Fortunately, we came back before darkness set in, I didn’t fully expect that. The problems were a little bit bigger than we had hoped but that is Dakar for you. Now a night of work to get everything sorted again and then I am fully confident that we will be able to pull of great things. All in all, it was just a solid test run. I am convinced that we will be OK. But what a car, simply unbelievable! I am very, very grateful to my sponsors that I am able to experience this again. When we make it to the finish, I will really go crazy! What a monster of a car!"