Three north-bohemian (Czech Republic) Renault Trucks teams from MKR Technology centre are ready at the starting line - two Renault K520 4x4 and one Renault CBH 385 of the Dutch teams Mammoet Rallysport and Riwald Dakar. Wait? Two well-known Dutch trucks with a French badge from the Czech Republic? Yes, because MKR Technology is responsible for the trucks - they also were responsible for the Bonver Tatra Prototypes and involved in Ales Loprais former Tatra.

The Dutch pilots Martin van den Brink, with Daniel Kozlovský, an experienced technician from Roudnice, will be riding one of the trucks. These men will race in Renault CBH 385 special with race number 506, which is widely known as Sherpa. In the second truck, cab-over-engine version of the K520 with number 531, 31year-old Johannes van Kasteren will be on his first Dakar. He will serve mainly as a quick assistance for Martin van den Brink. Both crews race in Mammoet Rallysport team. The third Renault K520 will be piloted by Gerd Huzink from Riwald Dakar team. Before they switched to MKR-Renault Trucks, both teams were participating for many years with Dutch GINAF trucks. 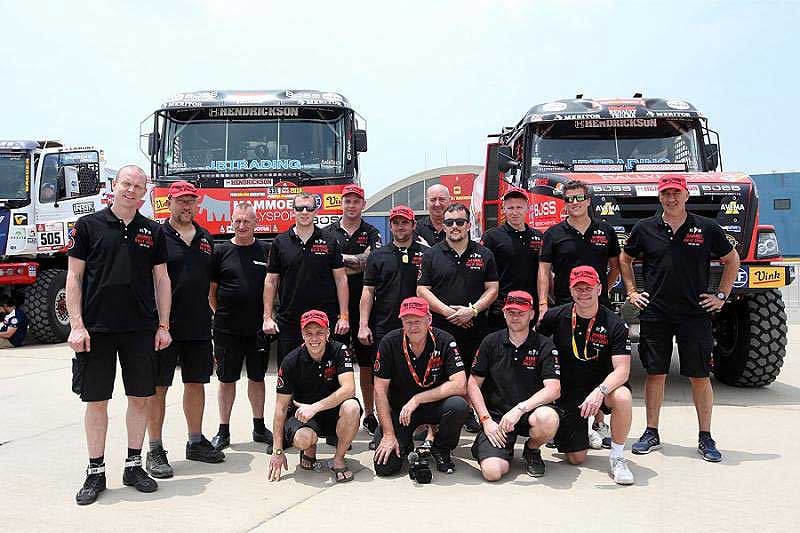 "My task will be to stay as close as possible to Martin van den Brink and help in case he needs it and I really hope I can make it. I t will not be easy but the team has assured me, that I am not expected to finish in the front part of the field. So the only thing I have to do is to stay calm and enjoy the ride, because this Renault Truck is just unbelievable," rookie Janus van Kasteren is excited.

"It is true to say that we have not enjoyed much the New Year celebrations because we were flying over to Dakar the very same night," the German Mario Kress, lead designer of the race trucks and father of the MKR Adventure project stated his feelings. "There we had to take over all the machinery, because it gets a big load at the ferry. The most important thing is that everything is working as it should and all we have to do is to wait for the race to unfold. We are all very excited!"