It was only the second day in the Dakar Rally, and there were only nearly 300 kilometers of race distance covered, but the differences in the truck rankings are already considerable. Federico Villagra and Ton van Genugten from Iveco Team De Rooy did good business in the tough second stage. The Argentinian driver finished second, 3:25 minutes of stage winner Eduard Nikolaev. Their teammate Van Genugten came in fifth, at 20 minutes. 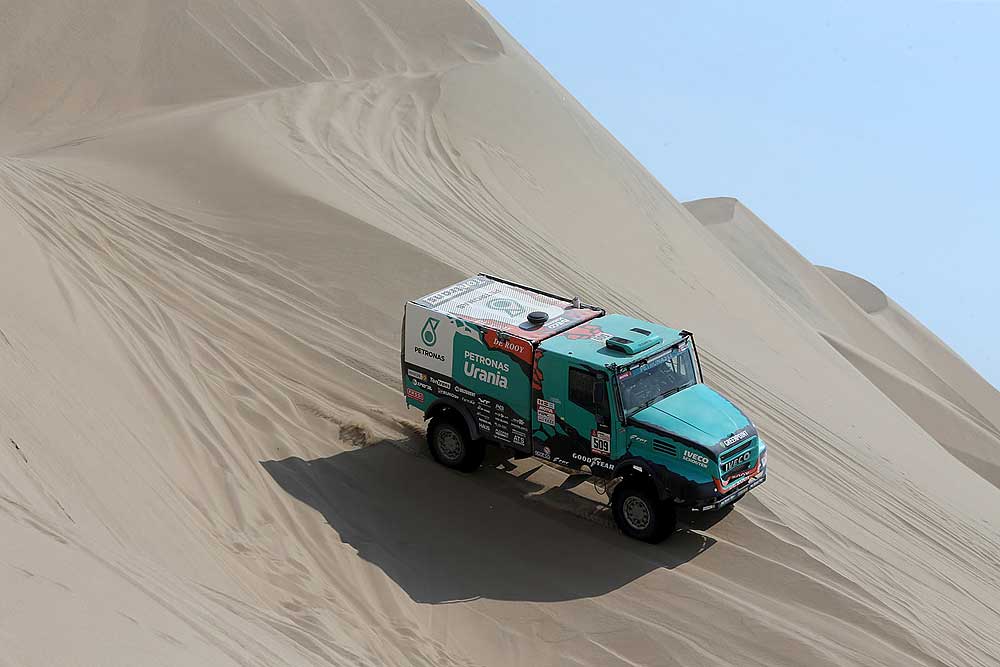 It is the dunes in the Ica desert that make the difference. In the previous years, the first stages of the Dakar Rally were fast WRC trails and the gaps were seconds, at most minutes. Now the top 10 in the ranking of the trucks is separated by 48 minutes after two stages.

"Still, I do not want to look at those differences too much now," said Ton van Genugten, who is fifth at 20:50 mins. "The next few days we will get a lot more dunes. Once you get stuck you may lose an hour."

Van Genugten made a few minor flaws in the 267 kilometers special stage that consisted largely of dunes. "Three, four times we got stuck because the tire pressure was not good. Then it is wiser to wait a few minutes until they are softer and then try again, instead of immediately start to jab."

Van Genugten lost some time in a large dune pan, which was difficult to get out. "We drove around for a while before it worked. Very good of navigator Peter Willemsen that he knew where we needed to get the waypoint. I had long lost the sense of direction." 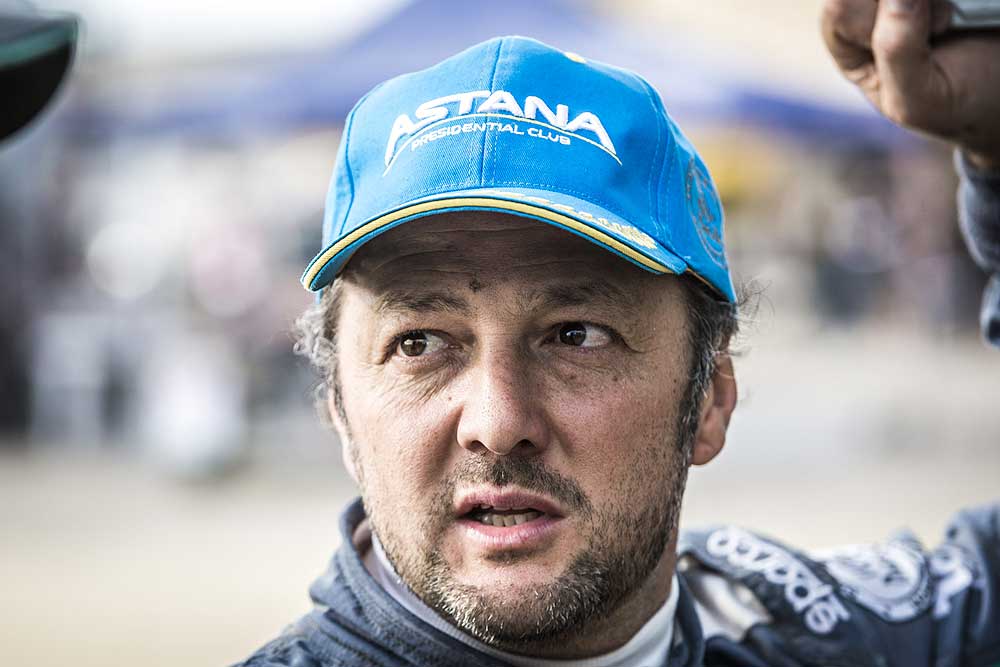 Van Genugten was satisfied with fifth. “We had a few nice fights, with Martin Kolomy and later with Martin van den Brink. It was a nice stage, but very difficult. A number of our competitors have lost a lot of time. If we can filter out the beauty flaws and keep on driving, it should be fine."

Federico Villagra struck an important blow in the dunes by finishing second. The Argentinian got back 10 minutes from the organization in total time because of the sloppily indicated waypoint in the first stage. In the standings, the Argentinian is now third on 9:33 minutes of Kamaz driver Nikolaev.

Artur Ardavichus from Kazakhstan fared less well. The Astana driver of Team De Rooy lost an hour and a half in the dunes. Things went terribly wrong, said navigator Serge Bruynkens. "It was a day that could have been very beautiful. It went pretty well until we did not get up on a dune. We turned back and exactly in our path is a car that was built by Jurgen (Damen, the navigator of Gerard de Rooy and Koen Wauters, among others, who got killed two years ago), with the driver next to it."

"Braking does not work, steering does not work, it was an inevitable impact: We crushed that car. If that man had not stood at the door, he would have been dead. The door has pushed the car away from the dune. That was his salvation. It was a horrible incident, that affected all three of us. I’m still not over it.” In the standings Ardavichus now occupies 14th place, at 01:36:13 hours.