Two days we didn´t heard anything about the Czech favourite Ales Loprais and his Tatra, then we got pictures from the SS04 that his Tatra flipped and was recovered by the German MAN-pilot Matthias Behringer. Wednesday the organizer of the Rally announced him as withdrawn - what happened? The team was struggling with the technology of the truck since the start of the fourth Dakar stage. At the end of the last part of the measured section the Queen overturned in one funnel and Aleš was forced to stay in the dunes with his team overnight. 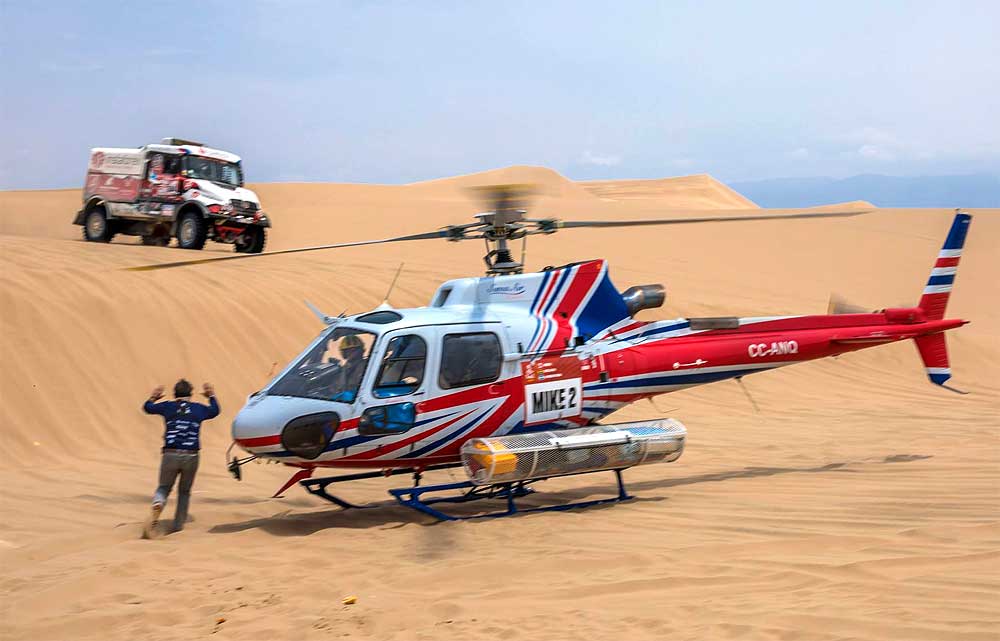 "I personally love the dunes and we always gain a lot in them, but this tim it was something else," reported Ales Loprais on Friday. "The power steering blew up immediately after the start, and the turbocharger gave up as well in one big climb. We considered whether we would go for the dunes and then we took the risk. We drove at 40% of power and managed to get over almost 90% of the dunes, the remaining 10 unfortunately showed out to be fatal. All the time we drove in the turtle mode and at the lowest possible gear with 1 atmosphere of tyre pressure. There was no other choice."

He continued: "I sent the Tatra "Queen" into a funnel which we would normally manage easily, but it just did not work out in our unfortunate consequences. She slided down off a steep dune, I had the gas pedal on the floor, but the power was not there. The counter-dune was very steep, but the fall was relatively soft, so nothing besides the soul hurts us."

"A crash is mostly the pilot's fault and I admit that this case was no exception. I made the decision to continue under these inconvenient conditions even though the boys in the cab did not object. The fairytale is over. We would like to thank all the fans, partners and family that have been with us and, last but not least, the 3 trucks that tried to unleash The Queen from the quicksand. At night, we will replace the turbocharger and move to the bivouac in the morning."

Special thanks belong to our crew Lukáš Janda, who as a "novice" worked excellently and also Ferran whose navigation is brilliant. Likewise, the thanks are to be expressed to the team that worked with maximum effort and although we did not reach the dream goal."