Dakar Rally 2018: For pilot Ourednicek - ´Friday was quite uneventful for us´

For the Czech Ford Ranger crew Tomas Ourednicek and David Kripal the first part of the timed section of SS13 was really successful: They clocked the 17th time. In the second part they managed the keep a similar pace so in the end the finished the day in 19th position. In the overall classification they are 30th before the last stage. 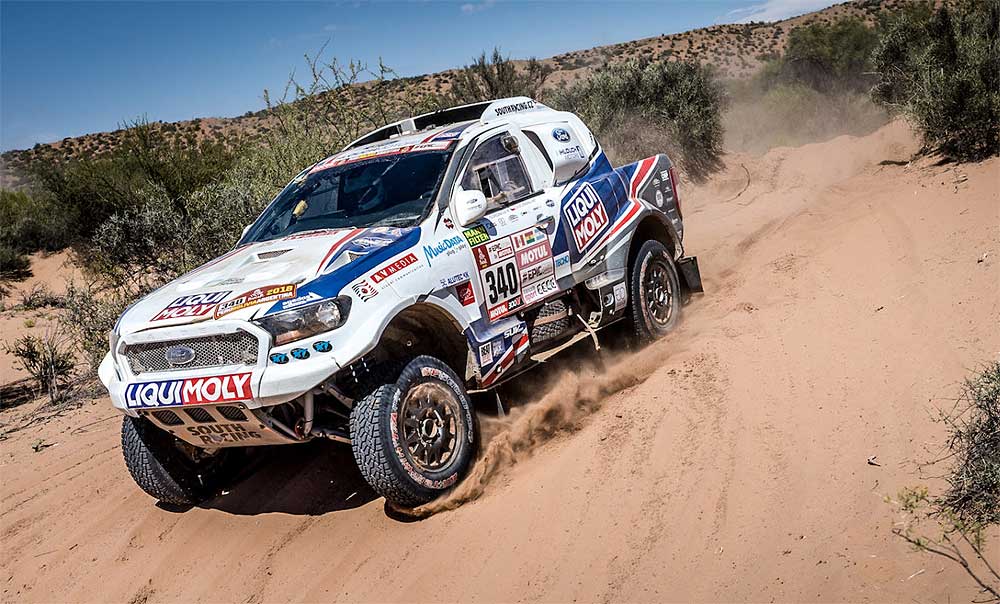 "Luckily enough, Friday was quite uneventful for us. The first part of the stage was very tricky, many drivers got stuck in the feshfesh, and it was very easy to destroy the car. Once we caught the Peugeot of Sheikh Khalid Al-Qassimi," said Tomas Ourednicek.

"The second part was WRC-like, and I was very happy because the car was working well. The track was slippery but nice, with many spectators. Towards the end, we lost some time because we had to drive in the dark, but David did an excellent job with navigation again and this made my task also a bit easier."

"Altogether, we managed to drive fast without any mistake, while quite many crews, even very good and experienced drivers, had problems. We are really happy to arrive in Cordoba, but for sure our mechanics will have a long night again, because although Saturday’s stage is quite short, the car has to be checked thoroughly," Tomas Ourednicek said about the penultimate stage.