Dakar Rally 2018: GasGas - ´We can only have words of praise for our riders´

Torrot's GasGas Rally Team riders have successfully overcome one of the stages most feared by the participants of the Dakar Rally: The Super Fiambalá. Johnny Aubert, who finished 10th on Tuesday, made the most of his advanced starting position and achieved his best stage result in this Dakar Rally. The French rider finished 7th in a day of navigation on sand in extremely high temperatures and has climbed to 7th place in the general standings with just four days to go before Córdoba. 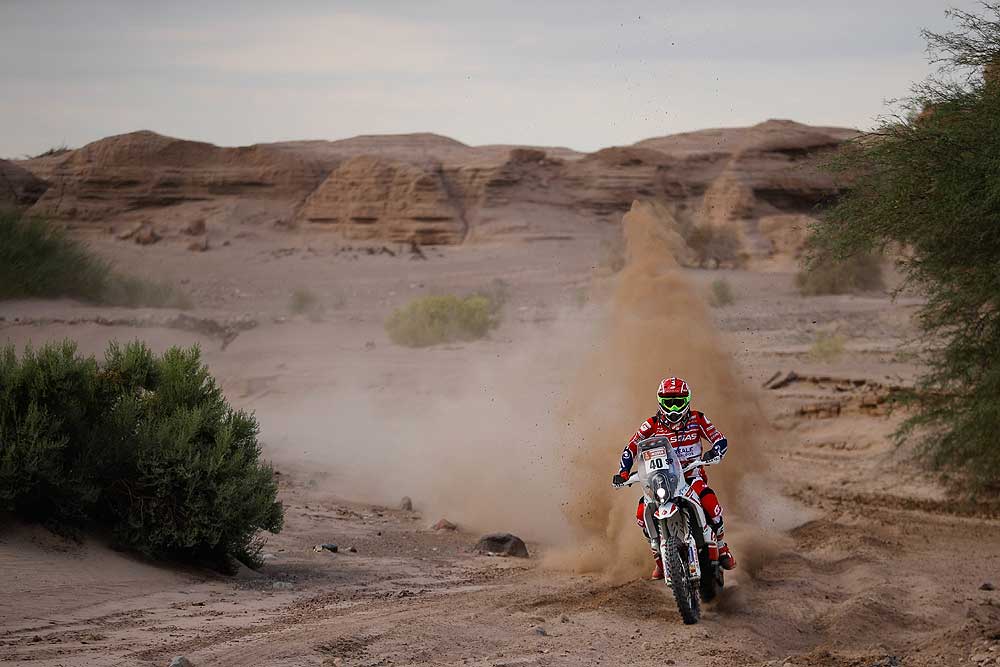 "It was a very hard stage, with very soft sand," said Aubert. "When I was 50 kilometers away, I had a problem with the roadbook and I followed another driver until the end. We managed to achieve a good speed together and, finally, it was a good stage. I am very happy with my riding and with my fellow teammates. The GasGas Rally Team has done a fantastic job so far and I am very happy to be in the team."

His teammates Jonathan Barragan and Cristian España finished today in 21st and 22nd positions respectively. The Spanish rider is in 16th position of the general classification, as the second best newcomer; while the Andorran rider climbs to the 33rd place in the general classification and has already recovered 24 positions since he fell to position 56 after being sanctioned for not marking waypoints in the first two days.

"Tuesday we were exhausted by the time we finished, but Wednesday we left with enthusiasm because we are already beginning to have the end of the race in sight," said Espana. "We cannot drop our guard and we have to keep working. SS11 was very tough with a very complicated first part. It was soft sand, with many car and truck ruts and the ground was destroyed."

Team Manager Giovanni Sala concluded: "We finished the stage well, without our riders suffering major problems. The mechanics have worked very hard and very well so that the bikes can face these difficult days regarding navigation, which is even more complicated with the sand - very soft - and also by this marathon stage."

"So we can only have words of praise for our riders. Johnny has done really well, as did Jonathan Barragán. Cristian had a small fall and broke the navigation switch-gear. They rode the stage really well again."