Indian Hero-Team´s Oriol Mena looked like a man on a mission as he clocked in his best stage of the Dakar yet, finishing at 11th position, his second top 15 stage finish. Overall, Mena now stands at 21st position at the end of SS05. "It was probably one of the toughest stage of the Dakar 2018 and new experience for me," said Mena after the stage. 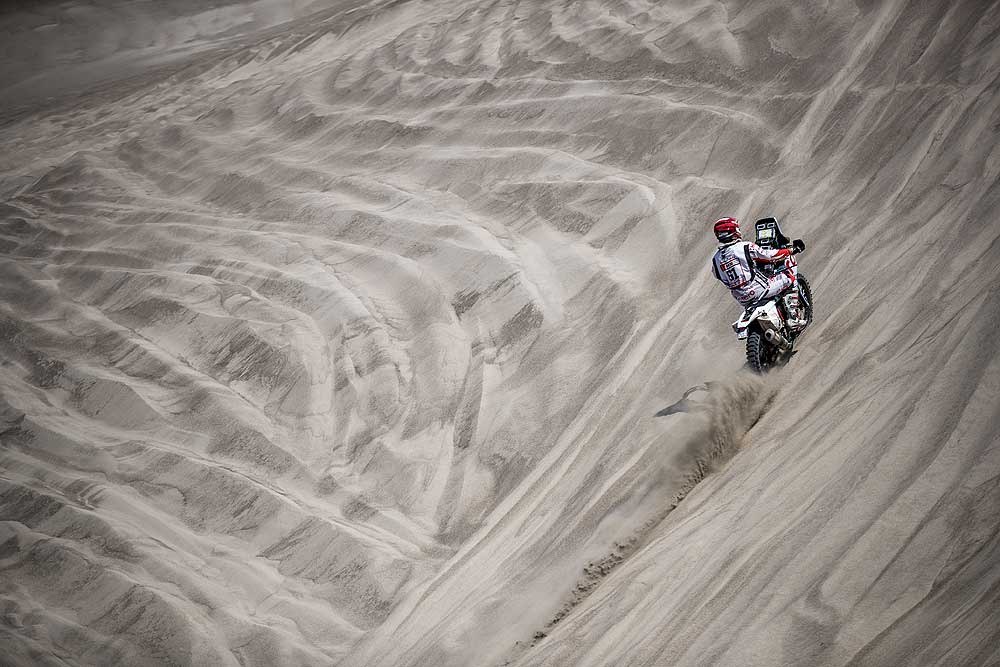 "I am really happy to finish well without any major mistakes. The first part was Tuesday’s stage in reverse with a lot of navigation involved. Tracks from Tuesday and Wednesday, made it even worse for the navigation. The last 53 km was made of extremely soft sands and there were cars and trucks stranded everywhere, but I managed that section well. Another day in the bag!"

CS Santosh decided to play it safe and steady as the rally nears the half way mark to finish the stage at 52nd position. Wednesday’s performance also helped him gain five ranks from overnight taking him to the overall ranking of 51st at the end of stage 5.

"It was really hard day," said CS Santosh. "I was feeling a bit tired in the morning as I didn’t have a good sleep, so it took me a little time to get going in the stage. The stage was tough, especially the last 50 km or so. The dunes were really churned up and the sand was incredibly soft. It took everything that I had and the machine had to make it through. One more day to go before the much deserved rest day!"