Joan Barreda has paid a visit to the operating theatre to undergo surgery for the double fracture that led to him competing in the most recent edition of the Dakar Rally far from full-fitness. The Spanish rider competed in the race with a protection that limited the wrist movement to avoid further damage. 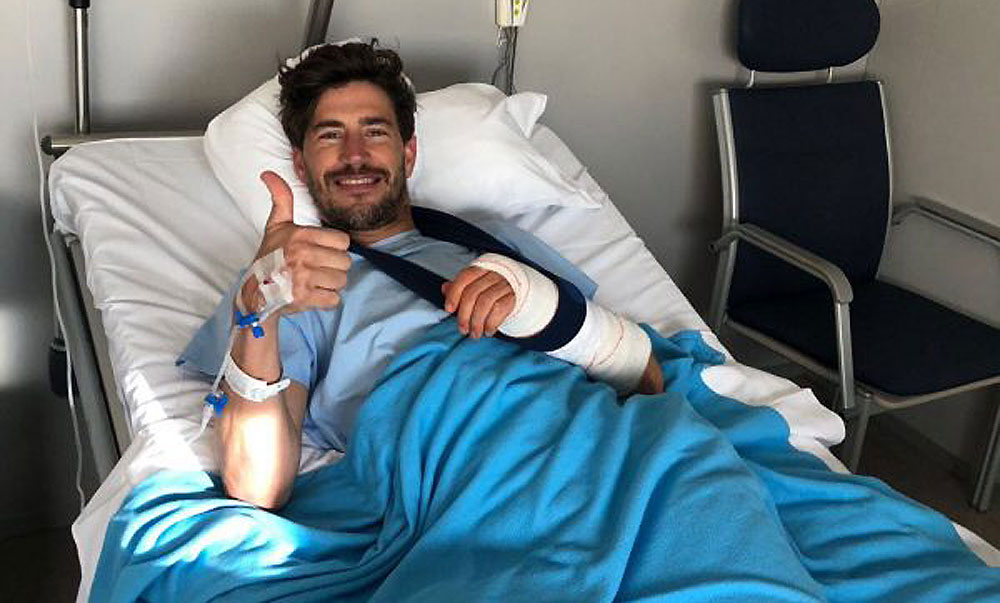 Prominent Doctor Xavier Mir, a traumatologist and orthopaedic surgeon, specializing in hand micro-surgery, operated on Joan Barreda with a fracture of the ulnar border of the right distal radius without consolidation and a displaced fracture of the ulnar styloid of the left wrist, In both cases, open reduction and internal fixation were performed using cannulated compression screws.

The operation took place last Thursday, February 15th at the Clinica Dexeus in Barcelona and, according to Dr. Mir, after an immobilization period of two weeks, the rider should be able to re-start recuperation and rehabilitation work by the third week.

The rider and Monster Energy Honda Team are planning the rehabilitation schedule, which once out of the way, will see the rider back on the Honda CRF450 Rally, for various tests, plus competitions that form part of the FIM Cross-Country Rallies World Championship.