Dakar Rally 2018: Husqvarna´s Quintanilla - ´Not been the best Dakar for me´

Battling through yet one more demanding stage at this year’s Dakar Rally, Husqvarna Factory rider Pablo Quintanilla has climbed one step higher in the event’s provisional overall standings, the Chilean rally star is currently placed 7th overall. Unable to show his full potential, Quintanilla wrapped up the day in 12th position. 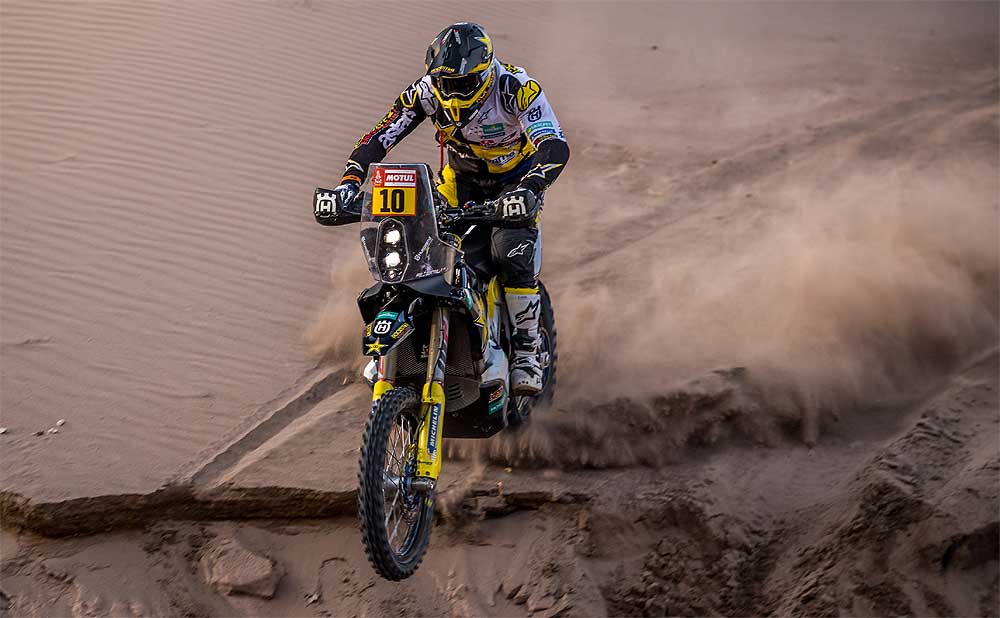 "That was a really long day – I started at 5am in the morning and I finished at 7pm in the evening, all day on the bike was tough," said Quintanilla. "The first half of the stage was sandy piste, almost like a motocross track so it was difficult to push. We then had a 200km liaison to the second half of the special. The tracks from then on were very fast but very slippery, especially with worn tires. I’m happy to be here and still in the race. It’s not been the best Dakar for me, but it’s always good to get experience and to know you have the pace to stay at the front."

For his teammate Andrew Short, SS13 proved to be challenging. Crossing the finish line of stage 13 in 37th position, the US racer remains 17th overall. "Today was tough - really tough," said Short. "The stage was so long and at this point in the rally it was especially tiring. The beginning of the special was really soft and it was difficult to get a good rhythm going. The later half was on much faster tracks and it was flat out for a lot of the way. I didn't push too hard because a crash there would have been pretty extreme."