While Team De Rooy Iveco teammate Federico Villagra stood firm in the top of the truck race – the Argentinian scored the second time at 28 minutes from Kamaz´ Eduard Nikolaev and also kept his second position in the standings, while his margin to number 3 grew to almost two hours – Van Genugten was struggling. It was not his driving. Where many other trucks got stuck in the sand or landed upside down, Van Genugten just drove on. 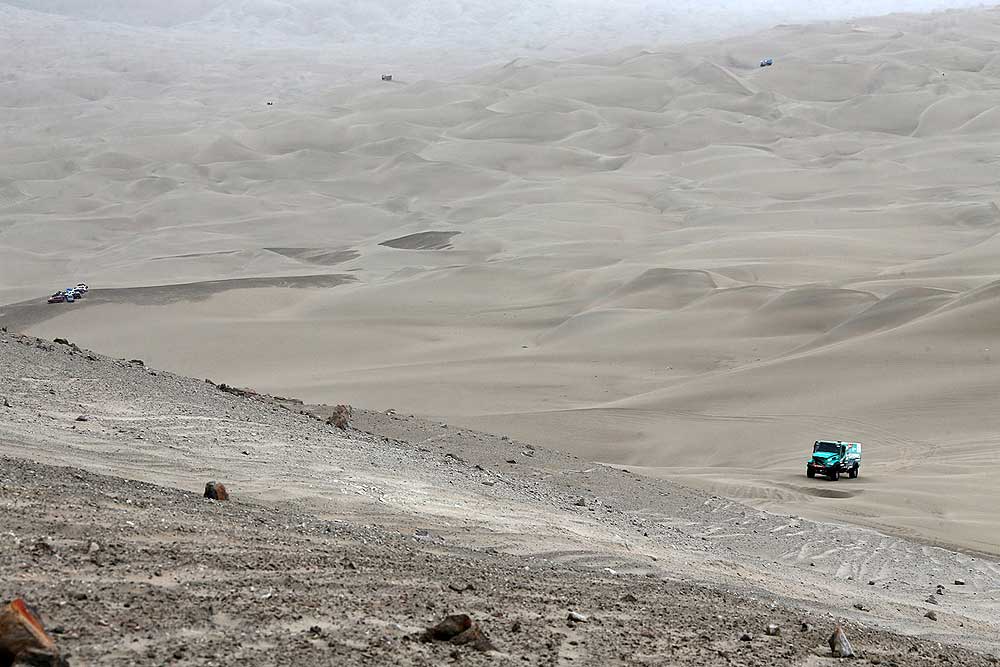 Unusually late – in the dark – Dutch Iveco-driver Ton van Genugten crossed the finish line of the fourth stage of the Dakar Rally, 2 hours and 47 minutes behind. The delay was caused by something small: A gearshift that did not do what it was supposed to do. In the stage to and from San Juan de Marcona, full of tricky dunes and fast runs, that was a real handicap.

"It was a beautiful special, with a lot of variation. We went full throttle until the gearbox control mechanism left me down. If you can not switch, you can not do anything anymore," the Dutchman said after the stage.

Mechanic Bernard der Kinderen managed that Van Genugten had second and fourth gear and the back-out. That certainly made it difficult to drive in the dunes, but it was much better than nothing. "You have to look far ahead and anticipate on what is coming. That was actually quite some fun, but it wasn’t very fast." 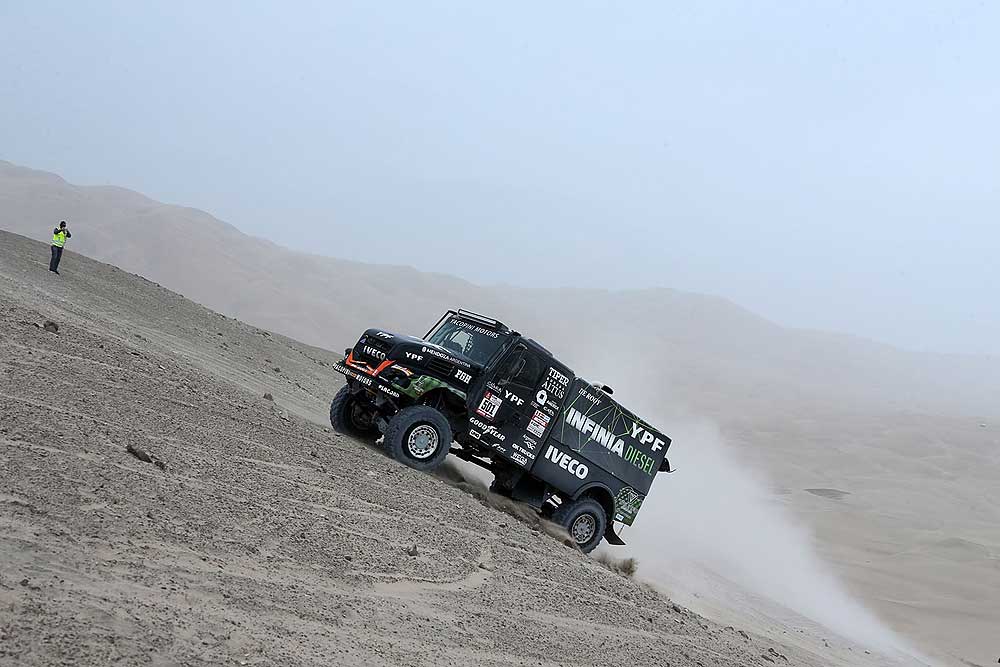 Van Genugten’s luck was that for a change a service point was included in the special, where it was permitted to have assistance. In all other cases this comes to disqualification, but now it was allowed, albeit exclusively at a designated point at a checkpoint. Of course, the service crew of Team De Rooy was present there. "The problem turned up again less than 30 kilometers before that point. Instead of driving to the CP, I first went to the service. Four mechanics solved it fairly quickly. Only then did I drive to the CP and drove the last 70 kilometers full throttle."

The fact that after only four days he is four and a half hours behind in the standings, and dropped to eleventh place, was something Van Genugten hadn’t foreseen. "The differences are already very big in those few days, but a lot is happening. One mistake and you lose a few hours. Looking at the developments of recent years, that is quite exceptional, but also exciting. It is difficult, it is tough, we have had sand and dunes every day and because of this the differences are big. Actually, this is what a Dakar should be like."

In that light, nothing is lost yet for Van Genugten. He is now in eleventh, but the gap to number 7 is only half an hour. The Rooy Iveco teammate Artur Ardavichus occupies tenth place.