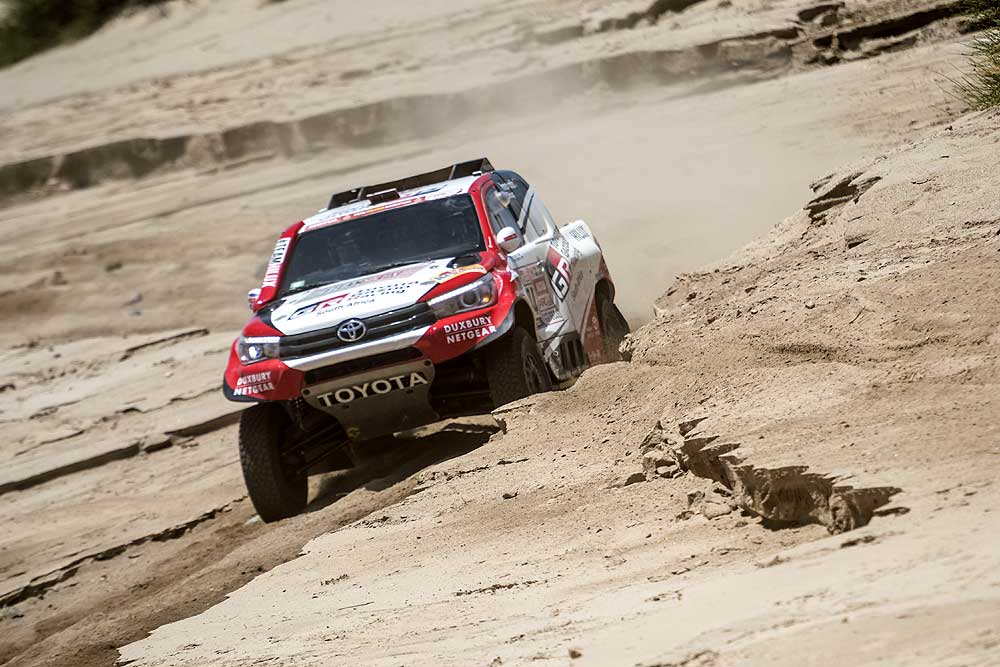 Al-Attiyah’s distance behind overall leader Carlos Sainz had been reduced by 10 minutes before the special had even started, following a time penalty imposed on the Spaniard for an alleged collision with a Dutch quad rider. The Qatari and French navigator Matthieu Baumel completed the first timed section of the day’s special in second position, 2:36 mins behind Peterhansel, and had shaved 10:11 mins off Sainz’s virtual overall lead. But the two-time race winner lost time after damaging the rear left of the Toyota Hilux after a jump in thick camel grass and now trail Sainz by 01:12:46 hours in the overall rankings.

"This was a bad day for us," said Al Attiyah after the stage. "At the same time, I’m happy to be at the stage finish, because we drove the last 70km with the broken rear left of the car. There was a large amount of camel grass and that’s where he had the problem. It is, perhaps, the result of damage from a big jump. It’s really a shame because we were doing a good stage. We took quite a lot of time from the rally leader on the first part of the stage." 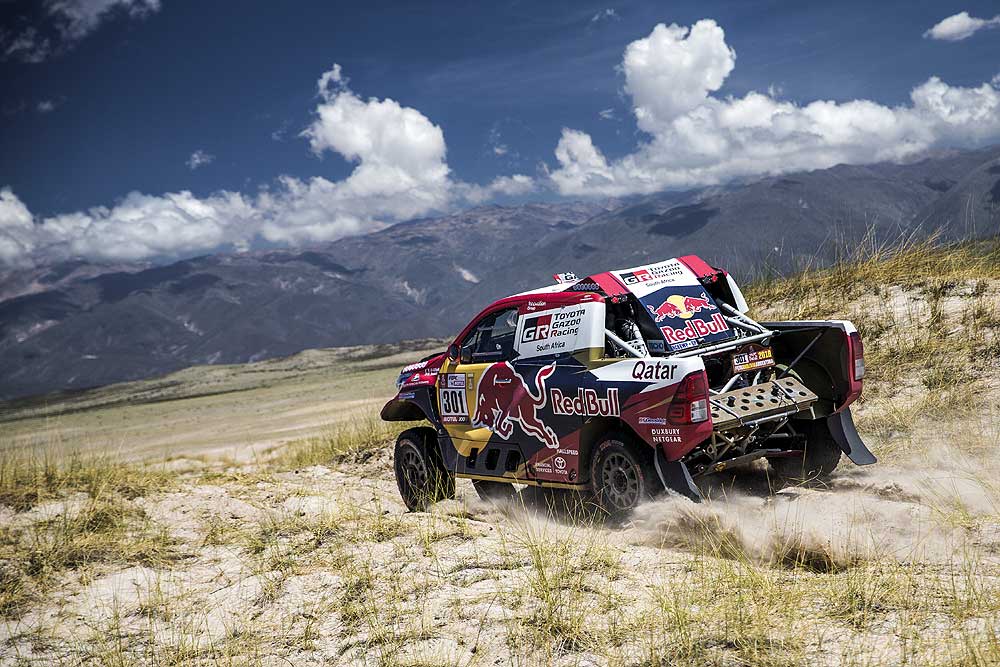 Second position for De Villiers and German co-driver Dirk von Zitzewitz moved them to within 33 seconds of their team-mates, Bernhard Ten Brinke and French co-driver Michel Périn, in the overall rankings. Ten Brinke dropped over 10 minutes on the first part of the stage - when he got stuck on a dune and recorded the seventh fastest split time - before going on to complete the timed test in 5th to maintain 4th overall.

"I had a little bit of stomach trouble today," Giniel de Villiers reported. "But we tried to drive a clean stage and we only had one puncture to report. Our pace was really good. But it was a particularly difficult day, especially the second part with a lot of camel grass. I really feel for all the amateurs who are likely to finish in the night, because we are the first cars to finish and it was already 18.00hrs. Besides, we start very early again on Wednesday for another big piece with Fiambalá. I have had very good moments and some very bad, so I hope that we will have the privilege of the first option!"

Bernhard Ten Brinke said: "I made a mistake in the first part of the stage and we got stuck on a dune. It cost us eight minutes. We also had problems working the jacks and we lost another two minutes. It was really very hot and, with all the vegetation that blocked the air vents, we had to stop to clear them, so that the Hilux did not overheat. In the second part, we had a puncture at the start. It was clearly a difficult day for us with a lot of problems, but I’m happy to have come through such a difficult stage."