Dakar Rally 2018: Nikolaev´s 1-sec lead ´I don’t remember anything like that´

Now the rivals Eduard Nikolaev from team Kamaz and Federico Villagra from team De Rooy have grabbed attention of hundreds of fans. The Argentinean Federico Villagra nicknamed “Coyote” is a seven-time winner of the national Argentine Rally Championship in the classical rally and he certainly knows local tracks perfectly. Of course, in rally-raids a lot depend on good luck. And Thursday both the Argentinean and the Russian were misfortunate. Lady Luck probably decided that the intrigue in the truck category should remain to the finish on 20 January. 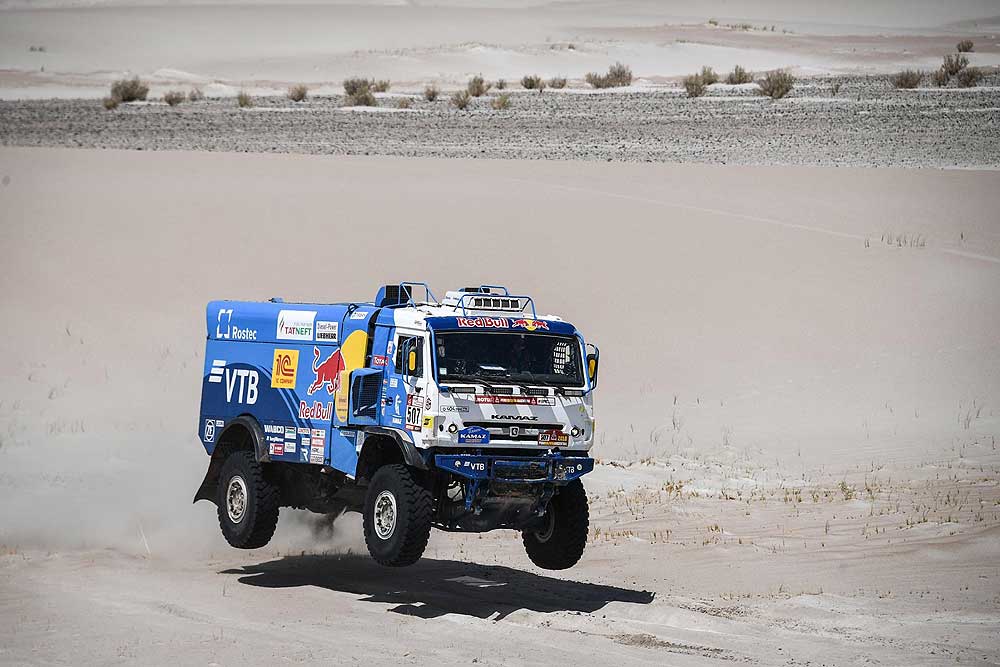 In the beginning of neutralization area assistance teams organized permitted by the regulations service zones. On Nikolaev’s truck there they had to change right front reduction unit. Before that on the track of the special a stone bounced and damaged a pressure control unit of pneumatic system. The functioning control unit was borrowed from Dmitry Sotnikov’s truck (after Wednesday’s withdrawal of Anton Shibalov’s crew he has taken a role of fast assistance). It costed to the donor Dmitry Sotnikov almost 4 hours of time loss to repair the broken pneumatic pressure control unit. One more Kamaz member, Airat Mardeev, had to stop for a wheel change.

Federico Villagra had problems with electronics and stopped to change a wheel. May be a miscount for the reason of not knowing or an intentional decision – the Argentinean refueled from an assistance truck on the neutralization zone, and that is forbidden by the regulations of the competition. Advantage obtained from illegitimately is the following: The fuel range of the Argentinean pilot is only half, so his truck is only half a ton lighter and, accordingly, faster than other trucks that have a maximum fuel range for the whole route. Let’s see how the Stewards of the race react to this infringement. 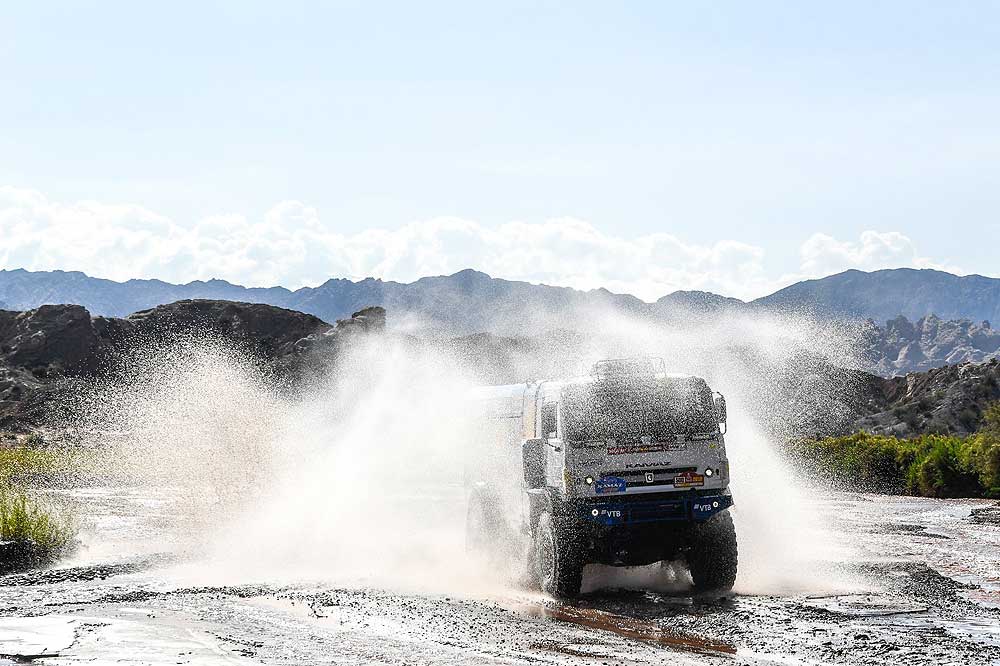 Meanwhile drama and tense fight in the truck category is shown in the general standings, where the first position was taken by the crew of Eduard Nikolaev. 1 second! No more, no less! 1 second after 7518 kilometers – the time difference between Nikolaev and Villagra.

There is also a serious rivalry for the third place. Notwithstanding the fact that an experienced Siarhei Viazovich (MAZ) “settled down” here, theoretically for Dakar bronze among trucks still pretend Airat Mardeev (Kamaz), Artur Ardavichus (Iveco) and Ton Van Genugten (Iveco). Usually prudent and careful Van Genugten, now showed himself from another side – his style became aggressive and assertive. On the finish of the second special he came on three wheels.

"Difference in one second in “general”," said Eduard Nikolaev. "I don’t remember anything like that. Of course I remember how Andrey Karginov “took” minute-by-minute from De Rooy, but those were minutes. I thought we would take more from Villagra but he drives very fast. By hard adventure, today occurred a breakdown of pneumatic system. Air went out from the system. We knocked the broken valve, tried different things. In the end Dmitry Sotnikov helped us. We took the part from his truck. Then we had to change a side reduction unit, it happened due to main reduction unit breakdown on the previous stage and followed long drive on the lock. But it was already on the service in neutralization area, so fortunately this repair did not affect the timing."