Dakar Rally 2018: Pablo Quintanilla 8th ´I will do my best to go even higher´

Making the most of a challenging first half of the marathon stage, Rockstar Energy Husqvarna Factory Racing teammates Pablo Quintanilla and Andrew Short have both improved their positions in the event’s provisional overall standings following SS11. 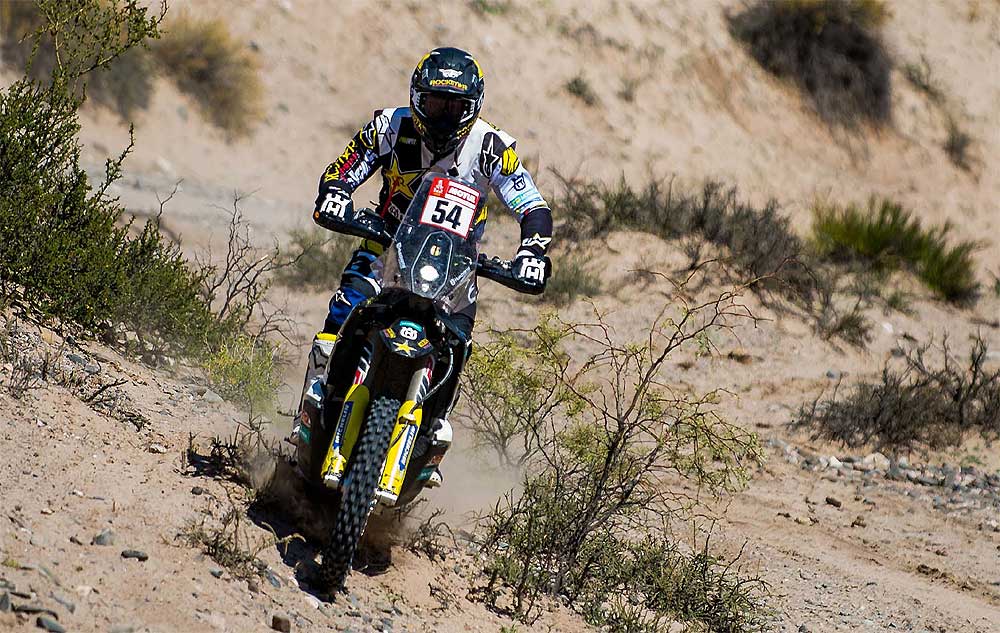 For Pablo Quintanilla, it was a day of mixed fortunes. Determined to attack the stage for a good result, the Chilean rally star was leading the way for the first half of the stage before a small mechanical issue forced him to stop briefly. Despite losing time as he fixed the issue, Pablo was quickly back on his Husqvarna to wrap up the stage in 12th position. With three more stages to be contested in Argentina, the FR 450 Rally powered rider is currently eighth in the provisional overall.

"I had a great start to the stage and I was just having fun on my bike," said Quintanilla. "After the 100km mark in the dunes, I had a small technical issue, which took me about 15 minutes to fix. Unfortunately, I lost all the time I had gained from the start of the stage and had to do my best in the remainder of the timed special. We’ve had our fair share of bad luck in this year’s Dakar, but we are still here and fighting for the best. I am now eighth in the overall and I will do my best to go even higher."

The eighth rider to start Wednesday’s stage, Andrew Short put in a steady run to bring his Husqvarna home in 13th position. Currently placed 17th in the provisional overall standings, the US racer moves one-step closer to finishing the first Dakar Rally of his career.

"One more exhausting rally stage is in the books and we’re getting closer to the finish," reported Short. "Everything is going well for me so far, I keep learning and improving. This event is a huge experience for me and my mind now is focused on crossing its finish line on Saturday. We’ve all worked really hard this last couple of weeks, and it will be like seeing all the hard work pay off when we reach Córdoba."