X-raid Mini´s Mikko Hirvonen and Andreas Schulz did not waste time on SS06 in getting to grips with the mountain tracks with top five positions throughout the first series of checkpoints. At the end of the stage, Hirvonen’s Mini Buggy was officially placed as completing in 6th place and are now 13th overall. 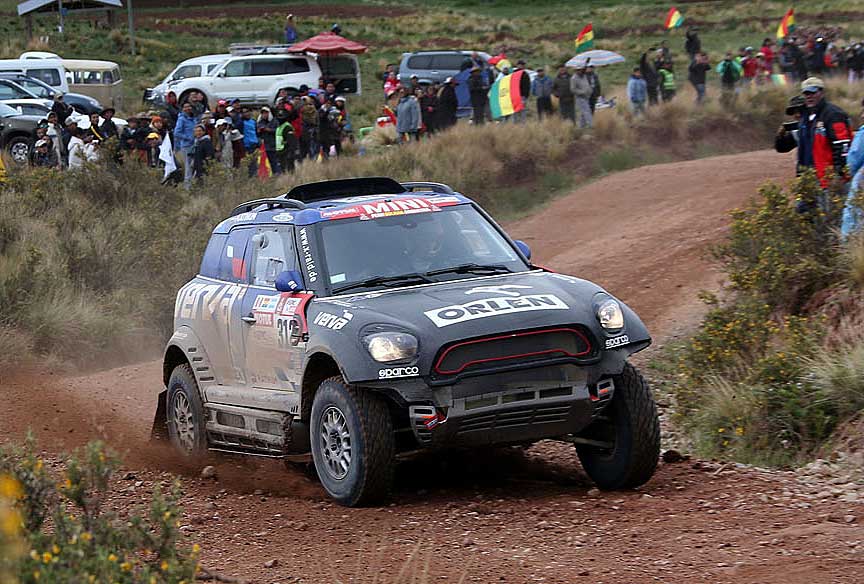 "It was a quite a contrast to what we saw Wednesday," Hirvonen stated. "In the start of the race it was really muddy in places and wet on normal roads. It was quite nice to see how good the Buggy works in these areas; I was really happy with it. On the first part we were running really well, second, third and fourth. The second part was just straights, one corner, one jump and the car is handling really well."

The second crew of the Mini Family to finish SS06 was that of Jakub Przygonski and Tom Colsoul in their 4x4 Mini. The pair also enjoyed the mountain tracks and completed in 10th position. This result sees the pair now placed just outside of the top five in the Cars category with 6th place overall.

"We are happy," said the Pole. "Thursday was a really nice stage. We enjoyed it. It was a good road book and so we were pushing hard. But it was not so easy because it was raining and slippery. Then we went to the high altitudes – the highest point I think was 4700 meters and there was snow at the sides of the road. It was strange to be in 40-degrees yesterday and today zero degrees." 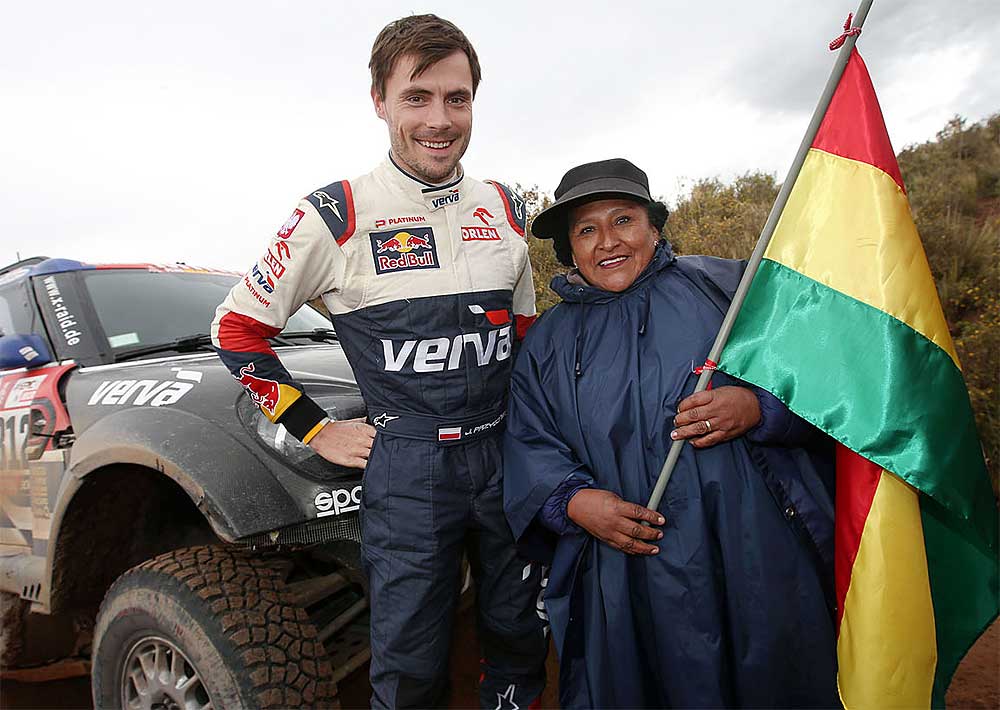 Boris Garafulic and co-driver Filipe Palmeiro also made the most of the faster mountain roads and tracks in their Mini John Cooper Works Rally to put in yet another consistent race pace. Their 12th place finish at stage end puts them at 26th in the overall race classification.

The second Mini Buggy crew of Yazeed Al Rajhi and Timo Gottschalk had the misfortune to start SS06 from the back of the pack but quickly made their presence felt. Even though overtaking room was limited on the mountain tracks, the pairing finished in 38th place.

Orlando Terranova and co-driver Bernardo Graue easily matched the pace of the other competitors in the early morning low-level sections of SS06. Unfortunately, when the crew reached the highest points in altitude, Terranova became unwell, possibly from altitude sickness. With safety in mind, the pairing made a decision to leave SS06 and drive directly to the bivouac at the next stop in La Paz.