Mud, water, low temperatures (even snow) and peaks up to 4600 meters above sea level welcomed the Renault Duster commanded by Carlos Sousa and Pascal Maimon to this new race segment. The pair performed a very good stage, arriving in the 18th position 29:48 minutes away from the winners of the day, Carlos Sainz and Lucas Cruz, after completing the special of 313 kilometers in 03:23:18 hours. 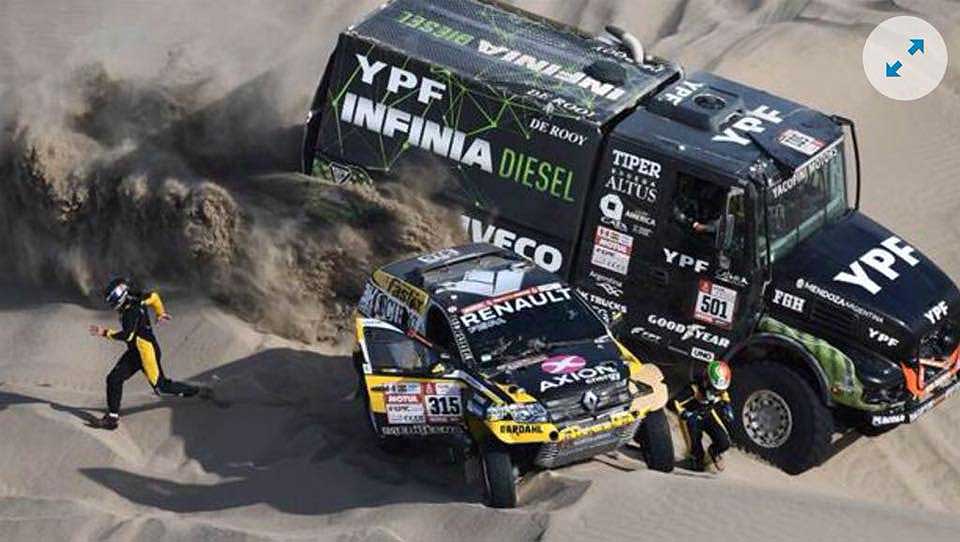 After almost the first half of the rally, the representatives of the Renault Duster Dakar Team are ranked 25th in the overall with a cumulative of 22:52:51 hours, 09:51:17 hours from the top.

"Finally we arrived, after a very difficult week in Peru," said the former FIA Cross Country Champion Carlos Sousa from Portugal. "We went from extreme situations on the sand and a lot of heat, where the cars are put to the test in their resistance on very harsh conditions, to the mountain and another type of demand, with altitude, rain and mud, but here we are, we arrived at La Paz."

"We reached the first 4000 kilometers of the race with a very nice stage, almost like two specials in one, and on defined roads and tracks that made it very fast. So far the Duster has been a good partner, I did not know it and after a week we are quite close. We are happy to have come this far with so many defections around, we hope to continue in good shape."