With three days of competitive action now remaining on the Dakar, Team Peugeot Total continues to hold 1st and 2nd after SS11: One of the shorter ones on the menu for this year. Nonetheless, it was also one of the most complex, characterised by the loose sand of the Fiambala region, on the fringes of the famous Altiplano. Despite the complexity of the terrain, all three Peugeot 3008DKR Maxi crews were in the top four, within 15 seconds of each other! Tomorrow, they face the longest stage of the whole rally…

The fastest Peugeot on Wednesday was that of Cyril Despres and David Castera, which was second. Running with a considerable delay in the overall classification, they once more concentrated on their role as Sherpas for their team mates, delayed only by a puncture. 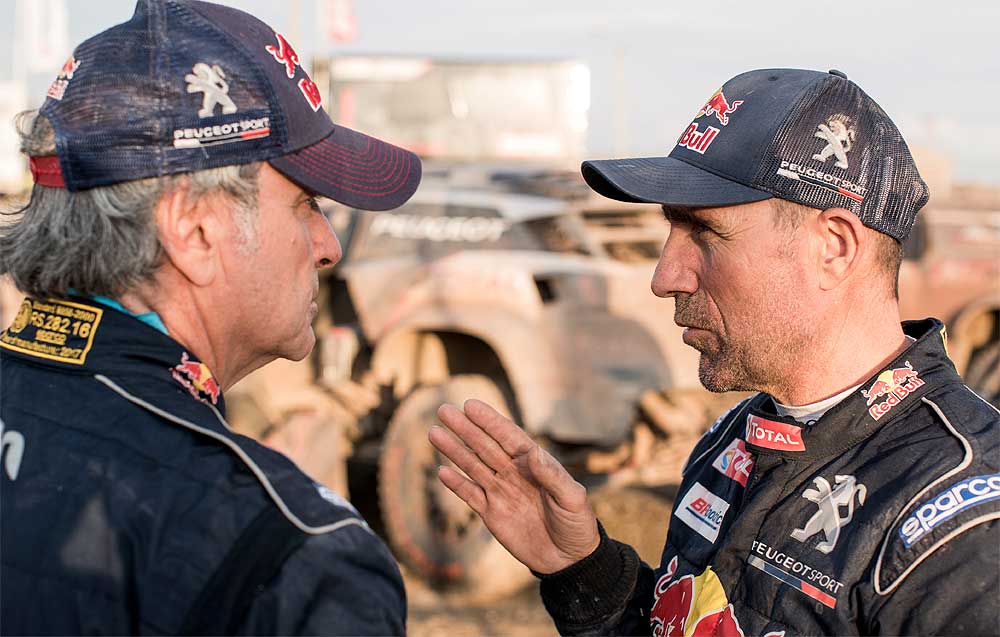 "This time, Fiambala was a little less of a treasure hunt for waypoints than it has been in the past," said Despres. "However, it's just as tough as ever to climb up shifting sand dunes in this altitude in this hot weather! Maybe I was a little too cautious in the opening part of the stage. At one point, I think we lost two minutes just by lifting off in a place where we lost the tracks ahead of us. We had to change a wheel at a passage control after a puncture, but towards the finish of the stage we woke up a bit, and in the end the time was good."

Overall leaders Carlos Sainz and Lucas Cruz stretched their advantage after finishing 3rd on the stage. They set a strong pace at the beginning of the stage, but then controlled their rhythm and concentrated on making the finish safely. They are now 50:45 minutes in the lead over Stéphane Peterhansel and Jean-Paul Cottret.

"Fiambala is always one of the most difficult stages of the whole Dakar and we saw that again," the Spaniard said. "My idea was just to go at a good pace but without pushing too hard. So, I was pleased to see after the first part of the stage that we were definitely in the fight. I went a bit quicker on the second part of the stage and we ended up with a decent time. That’s slightly increased our lead, so things are good for now." 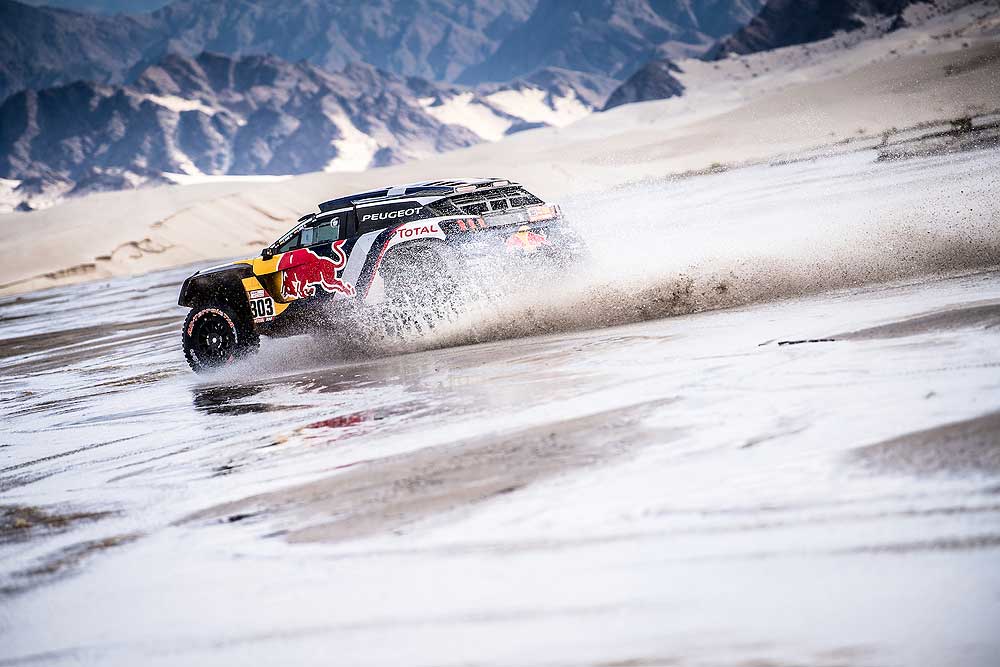 Peterhansel and Cottret consolidated their second place overall with fourth-fastest time on the tricky stage, despite running first on the road without the tracks of the motorcycles. They are now 23:17 mins ahead of their closest rivals in the general classification. "We took a big jump over a dune – our first big jump of the rally – which shook us around a bit," reported Peterhansel.

"As a result, our backs are somewhat sore... I think I’ve got a vertebra missing! The car’s steering was also affected by the impact. As we were first on the road, navigation was tricky. We drove together with the first motorbike to try and find the way. I have to say that our tires have been really strong. When I look at the speeds with which we drive through the thorny sections, it's incredible that we don’t get any punctures."

Bruno Famin, Peugeot Sport Director, is in good mood. "Carlos now has a comfortable lead and Stéphane is covering him in second place. But there’s still a long way to go to the finish and we have to get to Cordoba with no drama, which is never a given. Regarding the penalty, we appreciate the event stewards looking into this again and re-examining all the documents and other evidence at their disposal. We supplied them with a certain amount of data, relating to the speed and movement of the car. They were able to compare that to the tracking and ascertain that Carlos’s point of view was the correct one – of which we never had any doubt."