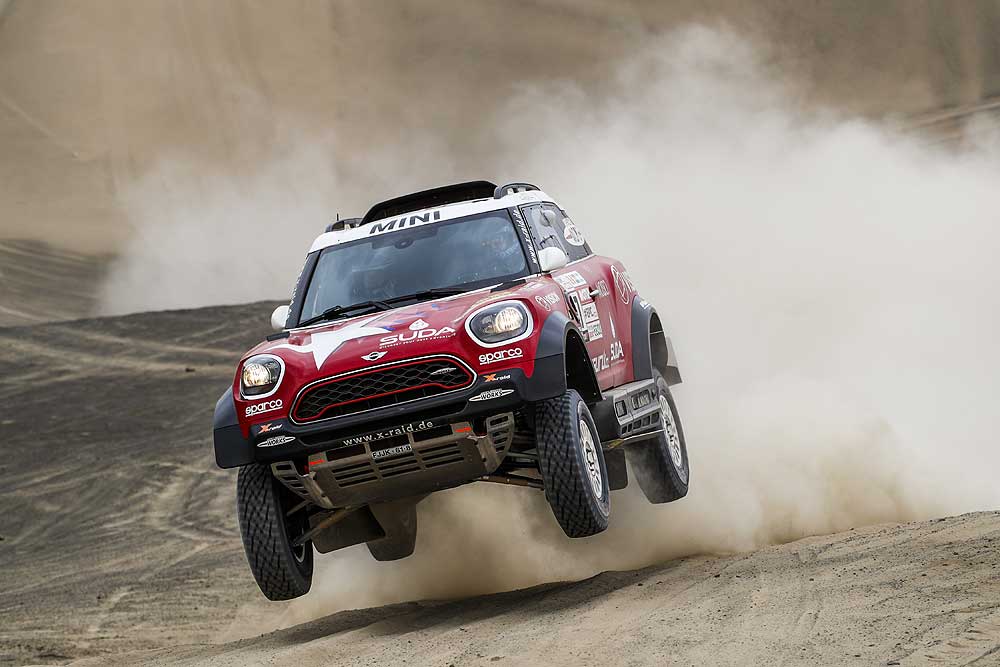 For Bryce Menzies and Pete Mortensen the Dakar is already over. The US-American pairing rolled the car at the beginning of the special stage. Fortunately, they both survived the accident without serious injuries – but repairing the vehicle on site proved to be impossible. "I misjudged a spot," admitted Menzies.

"We were too fast and the rear of the car got airborne. Afterwards, we rolled several times. The frame of the buggy fortunately is extremely rugged and we survived the accident without any really bad consequences. Regrettably, Pete suffered a fracture of his right foot. Now we have to focus on the 2019 Dakar."

Due to an accident between the two Mini Teams, the pairings Yazeed Al-Rajhi (KSA) / Timo Gottschalk (GER) and Boris Garafulic (CHI) / Filipe Palmeiro (POR) still are on their way to completing the special stage.

"We made a good start into this tough second stage," revealed Terranova. "Unfortunately I made a mistake with just 20 more kilometers to go and we lost some seven or eight minutes. A mistake I’m really annoyed about but things like this just happen. The Mini runs really well and there still are several days to go." The Argentinean now holds sixth position in the overall standings. 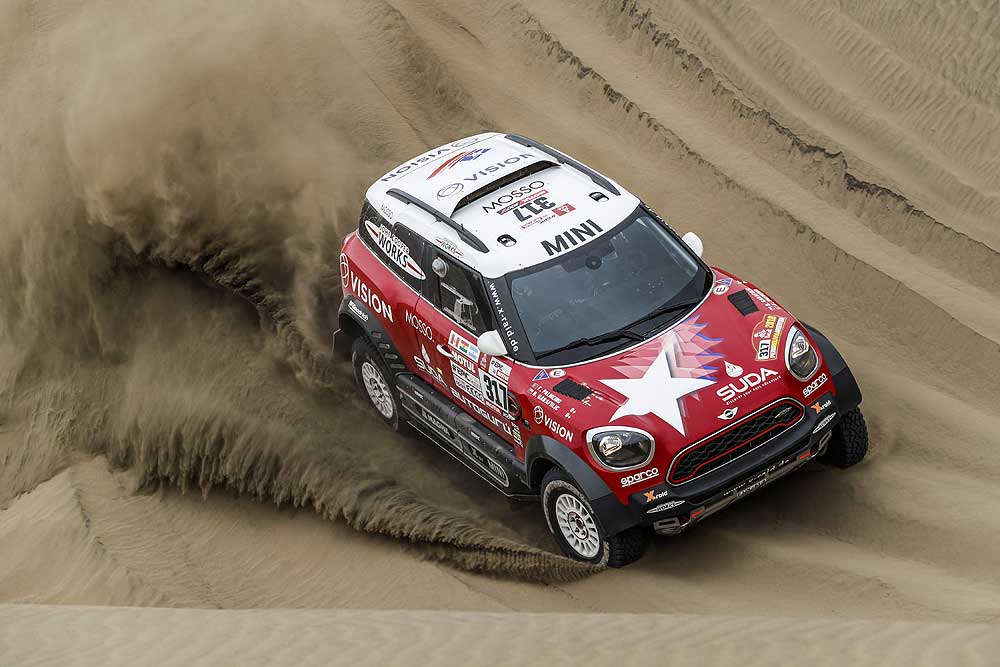 Just like yesterday, Hirvonen was happy with his achievements. "It was a tough and exhausting start into the Dakar. I don’t take any unnecessary risks. After all, the buggy is a new vehicle and I am not too experienced in this kind of dunes." The Finn missed a waypoint in the early stages and had to turn back – what cost him several minutes. He now holds seventh place in the overall standings.Meanwhile, Roma had to cope with a dose of bad luck. He got stuck in the sand once and later, he lost his bonnet when he crashed into a whole. "The special stage was really exhausting and it was a pity that we were forced to stop twice," Roma said who currently is 11th in the overall standings. “But we are just two days into the Dakar. I’m really sorry for Bryce who had to retire so early."

Przygonski and Colsoul finished two positions behind Roma. "Unfortunately, Tom started to feel ill in the car," said the young Pole, currently 13th overall. "Therefore we couldn’t push to the max. Now we have to focus on getting him fit again."