The Toyota Gazoo Racing South Africa trio of Bernhard Ten Brinke, Nasser Al-Attiyah and Giniel de Villiers kept up the pressure on the leaders by recording the 7th, 3rd and 4th quickest times on SS06 on Thursday. Al-Attiyah, De Villiers and Ten Brinke were separated by less than a minute and were classified 3rd, 4th and 5th overall. 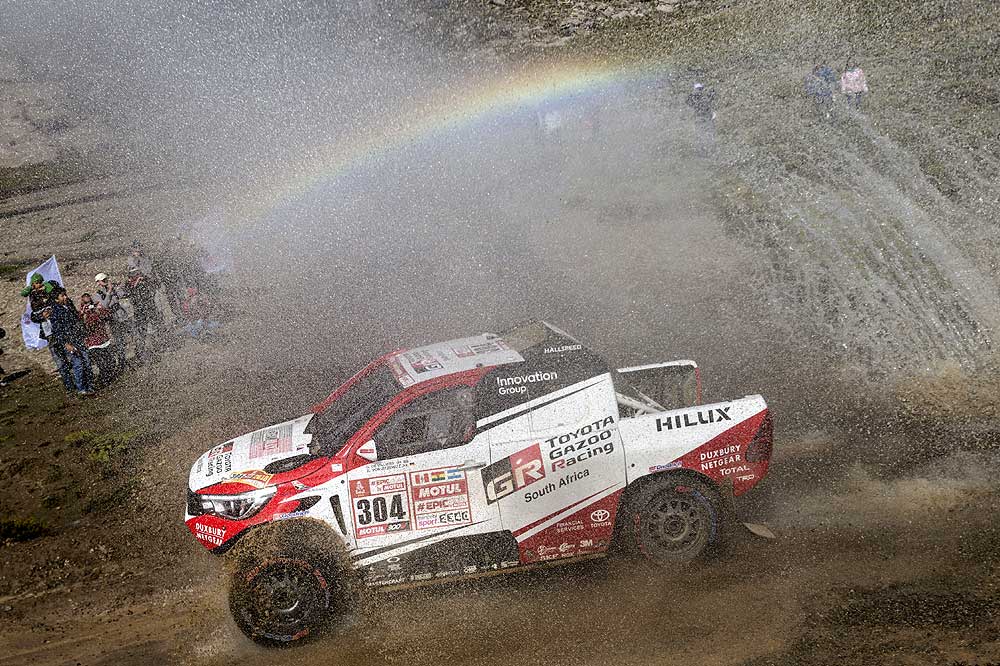 Ten Brinke and his experienced French co-driver Michel Périn belied their lack of experience together in the official team to continue a run of excellent form and head the Toyota Hilux challenge. The Dutchman trails the overall leader by 01:20:41 with eight stages remaining. "Thursday, we started on a new track," Ten Brinke said after the stage. "It was muddy and a lot of water."

"The first part was really good and the balance of the car was good. There were a lot of corners and we were climbing in the mountains. For the second part, we were the second car and there were not many tracks, because only Stéphane Peterhansel was in front of me. I had to choose a new line because the Peugeots go fast through the water and I need to take a different route. I decided not to push harder and we finished the day 7th."

"We lost a couple of minutes on Giniel and Nasser. They drive very well. But I only lose three minutes in 270km and I was second car with no lines in front of me, so this was good. I think we could go to a set-up more for the rally stages. The car was moving a bit too much. Let’s see what next week brings. I did not expect to be P3 and I am sure there are a lot of other people who thought that as well. We did our own job. I am happy." 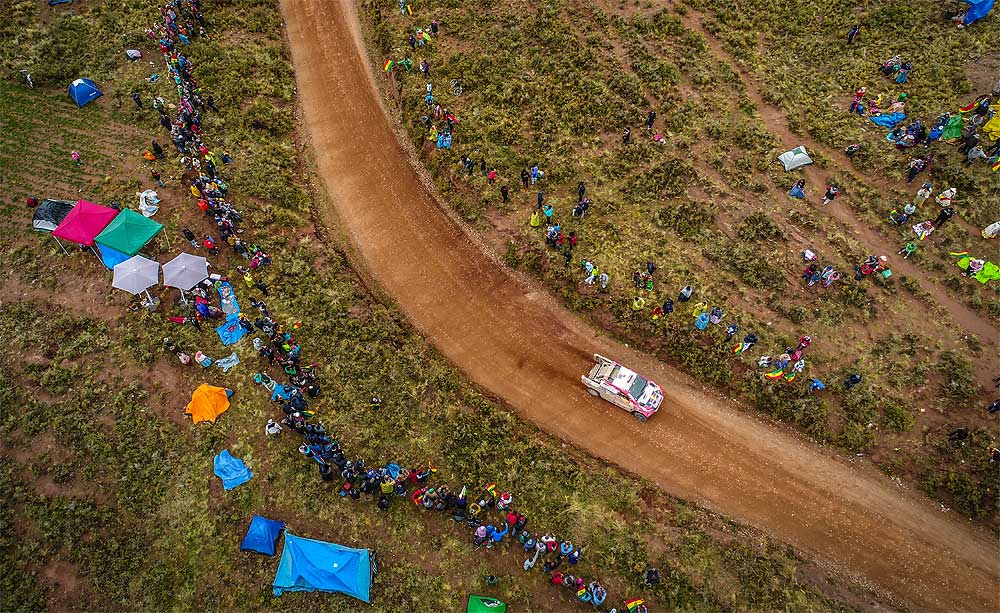 Al-Attiyah and co-driver Matthieu Baumel began the day 01:23:21 off the outright lead after a problematic couple of days in the Peruvian sand dunes and the Qatari ceded another 59 seconds on the day’s stage. "It was not an easy stage," said the Qatari. "I was very fast and we couldn’t really achieve what we need. The top speed of the Peugeot is very high and we couldn’t take any risks. But we are here for the rest day and we will see next week. We lose a lot of power with the altitude compared to the turbo-diesel. It was wet, raining and snowing. We need to think not for next week. This is important. This week was not easy. The regulations is really not fair for the 4x4.”

Giniel de Villiers and German co-driver Dirk von Zitzewitz hold 5th position and head into the second week trailing Al-Attiyah by 11:39 minutes. "We had a reasonable first week. Unfortunately, we got really badly stuck on day four. But it caught everybody out expect Stéphane. There are still some very difficult stages to come, like Fiambalá, and we know what happens there. We will keep pushing, try our best and see where we finish up."