After a successful preparation, Dutch Bernhard ten Brinke can not wait to start at the Dakar Rally 2018. As a factory driver of Toyota Gazoo Racing South Africa, the rider is on the hunt for a top 5-class in the toughest rally in the world. "We have been able to prepare this rally in detail and that gives a very good feeling," the Dutchman said. He arrived one week ago to acclimate to the warm weather and time-difference. 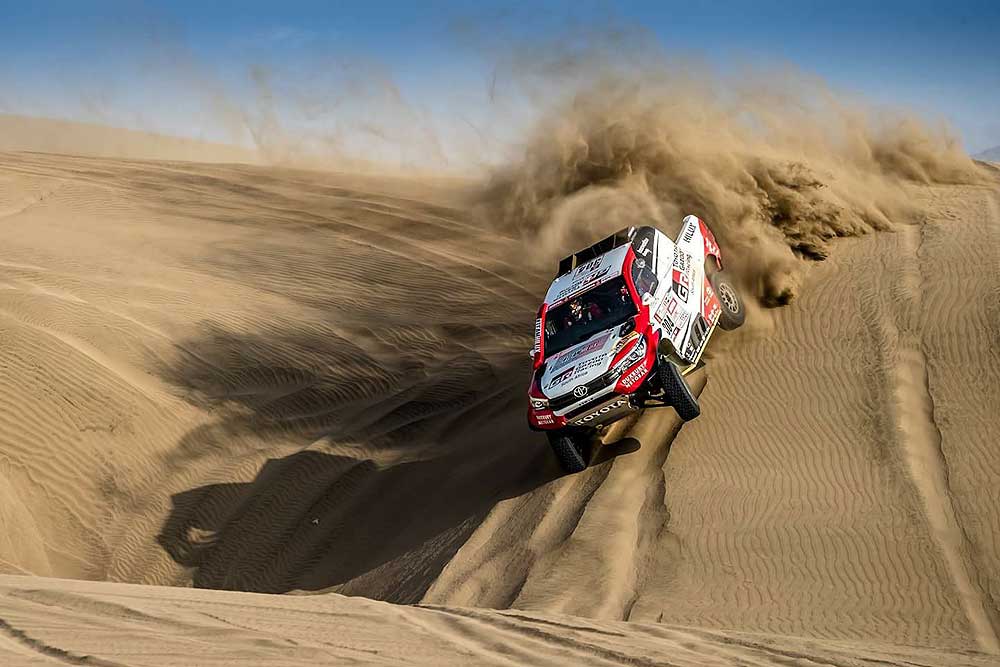 A two-day test together with his French navigator Michel Perin was an important ingredient of preparation. The Dutch factory driver was introduced to his brand new Toyota Hilux rally car, built in South Africa and transported in parts to South America. "Two days in a row in the dunes were nice because you build up your rhythm."

During the test, time was also invested in details like changing tires, finding the ideal sitting position and fine tuning of the Toyota Hilux. Ten Brinke is impressed by the Toyota Hilux: "This is definitely the best Toyota I have ever driven. The balance of the Hilux is great and the engine is incredibly strong. "

The collaboration with navigator Michel Perin, four-time winner of the Dakar Rally, is also excellent. "Michel has a lot of experience. He has prepared the race in detail. That gives a lot of confidence," says Bernhard ten Brinke. Very special is the presence of his wife and children in Lima. "For the first time we live as a family at the start of the rally. It's great to be with them before the game starts!"