Qatari Nasser Saleh Al-Attiyah got down to business from the outset to claim the fastest time on the short, sandy opening stage through the Peruvian dunes, near Pisco. Running second on the road, the Qatari and navigator Matthieu Baumel from France overtook stage opener Stéphane Peterhansel to win the stage, although he will now be first on the road for the longer stage through the dunes on Sunday. 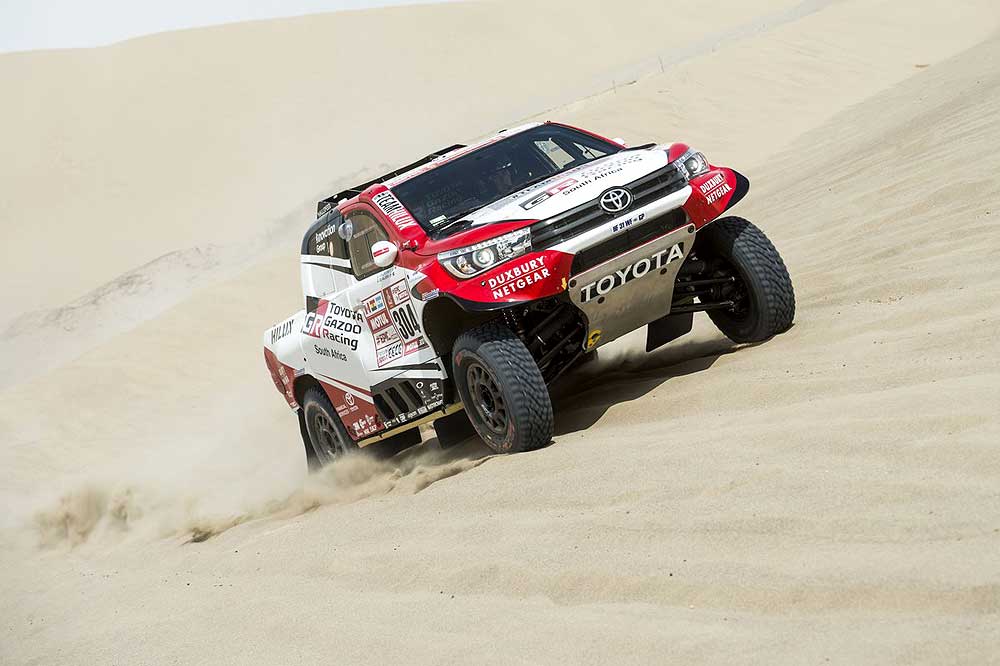 "We did a good job," said Al Attiyah. "We did not push like crazy. Maybe Stéphane (Peterhansel) he make a mistake, but to win this stage, is nice. I have the confidence but, tomorrow, we open the road and there is no line from the bikes. Maybe we lose some time, but I trust Matthieu (Baumel) and I am sure we can make a good stage tomorrow."

"Dunes were quite white and it was the middle of the day, so it was not easy to see," reported the German Dirk von Zitzewitz, navigator of Giniel de Villiers. "We caught Carlos Sainz. Everyone is going slowly for tomorrow. In the end we will start sixth. That’s what I was hoping for. So far so good. Stage two will be very difficult. The sand is going to be soft and there will be no bike lines to follow."

Bernhard Ten Brinke said: "Quite nice stage. We drive easy and manage the stage well. We drive our own speed and we are very happy. It looks like a good Dakar with a lot of dunes and that’s what we want. Let’s see what happens tomorrow. These are my first 30km in the new Hilux and I am very happy."