Dakar Rally 2018: Yamaha ´This Dakar has been one of mixed emotions for us´

Continuing to make progress in this year's Dakar Rally, Yamaha´s Rodney Faggotter wrapped up SS11 in 16th position, his second-best stage result to date. With all eyes focused on reaching the big finish of the rally in Córdoba on Saturday, the experienced Aussie rally racer has moved up in the event's provisional overall standings. 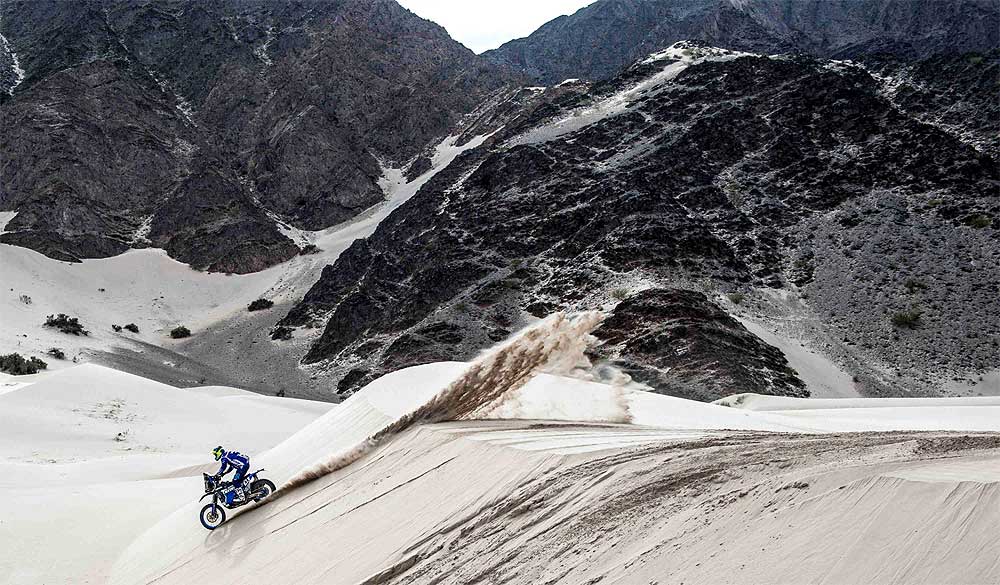 "Rod keeps impressing every single day," said Alexandre Kowalski, Yamaha Yamalube Team Manager. "He's been one of the most consistent racers in this year's rally and he's gradually moving higher up in the overall rankings. We're really satisfied with his hard work and dedication and we will keep supporting him 100% until he crosses the finish line in Córdoba."

Yamaha's dominance in the Quad class continued for another stage of this year's Dakar Rally. With Argentina's Nicolas Cavigliasso claiming the stage victory, Chile's Ignacio Casale extended his comfortable lead in the class' provisional overall standings. Casale is now leading by a massive one-hour and 34 minutes ahead of Cavigliasso and another four Yamaha powered riders placed in the first six spots in the overall.

"This Dakar has been one of mixed emotions for us," continued Kowalski. "We've managed to be among the key players since the start of the event, but we were unlucky to see Franco, Xavier and then Adrien lose the opportunity to fight until the end. Following Adrien's crash on Tuesday, we've all stood behind Rodney in his quest to bring his bike to the finish of this extremely challenging event."