The fourth largest contingent on the 2018 Dakar, behind France and Argentina, Spain is a heavy hitter in rally-raid circles and has an exceptionally deep bench of talented competitors. The Dakar Tour made a stop in Barcelona to bring together this off-road community that is particularly ambitious for the 2019 edition. The Spaniards could be in a position to contend for the title on several fronts: In the motorcycle category with Joan Barreda and Oriol Mena, in Side by Side with Gerard Farres, in the car division with Joan "Nani" Roma… and why not Carlos Sainz? 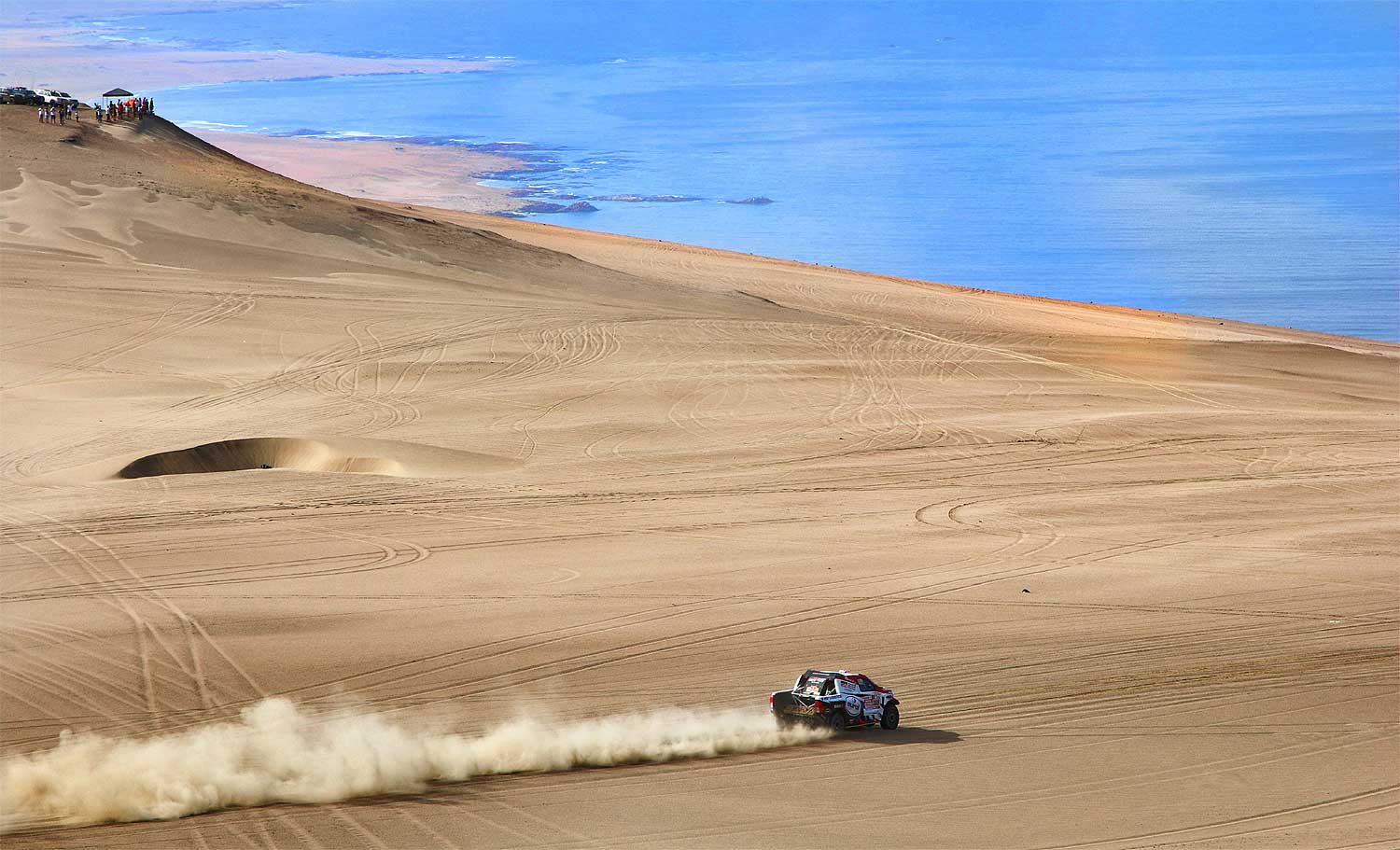 They are still celebrating one of their finest Dakar victories. In Córdoba, the Spaniards saw one of their super-stars triumph, Carlos Sainz, who wasn’t among the pre-rally favourites. Since then, Sainz has kept what comes next in his career a mystery, and while his future was one of the major talking points in the reception area of Barcelona Miramar hotel, the real buzz centred around the multitude of projects underway that marked the Iberian leg of the Dakar Tour.

The Merzouga dunes lived up to their role as a talent detector in revealing Oriol Mena, who was the top rookie finisher last January in 7th place, is perhaps riding in the tracks of his illustrious predecessors, Nani Roma and Marc Coma. His arrival among the elite in the two-wheel category could, for example, inspire freestyle ski champion Javi Vega or Sara Garcia, who passed the Merzouga test a few weeks ago.

Gerard Farres, who finished 3rd on the 2017 Dakar 2017 and 5th in 2018 in his final participation in the bike category, is now heading to the Side by Side class, which is becoming a very popular choice and where he will come across one of his old Portuguese rivals, Ruben Faria. It could also be the next destination for Laia Sanz, who still has some unfinished business to complete with KTM. "I still want to battle for a stage victory and finish in the Top 10. After that, I will think about doing it in a car or SxS."

The chances of a victory in the Spanish clan on the next edition are harmoniously spread out. In Peru Oriol Mena will find the active rider with the largest number of stage wins and still in search of his first Dakar victory, Joan Barreda, who is already hard at work with his HRC team. The native of Valencia was not on hand in Barcelona, but his victory on the Merzouga Rally confirms his strong form.

In the car category, another Spanish star is looking ahead to the all Peruvian challenge. But Nani Roma, the only Spaniard to win both on two-wheels, in 2004, and on four in 2017, may have to battle with Sainz to triumph once again. Along with co-driver Lucas Cruz, they are as usual keeping everyone in suspense. "I still want to fight for the top positions, that hasn’t changed. The ideas and projects are there, but nothing is confirmed at this time..." 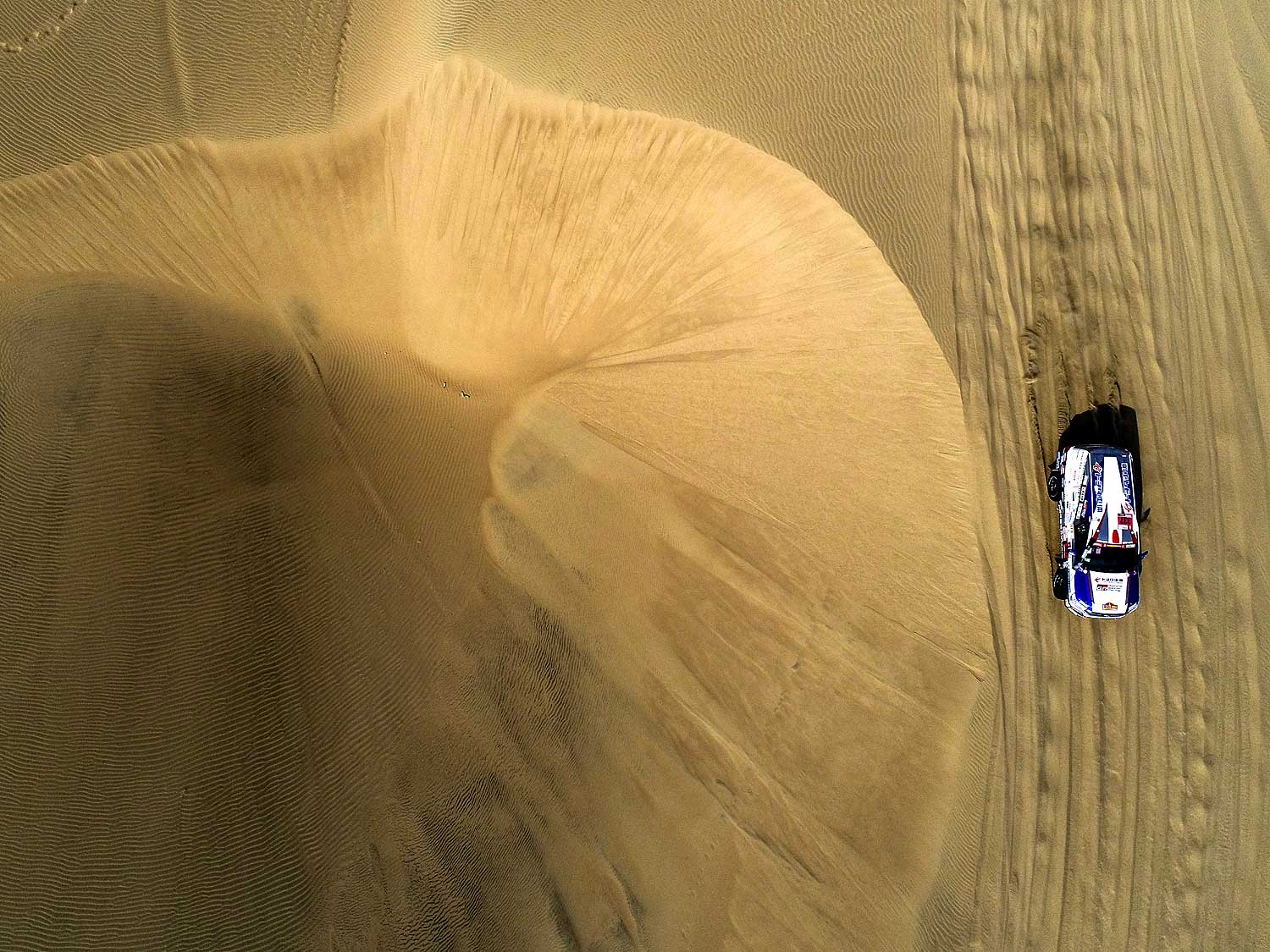