While Peugeot is leaving the Dakar Rally, we eventually will see a bigger semi-factory-team of the Korean brand SsangYong in 2019. The Spanish division of SsangYong this year started with a Herrador-Buggy covered as SsangYong Tivoli DKR - and is delighted about the result (32rd overall, 2nd in Rookies) achieved by the Spanish Oscar Fuertes and Diego Vallejo. So much that they are thinking about to start with a bigger team. 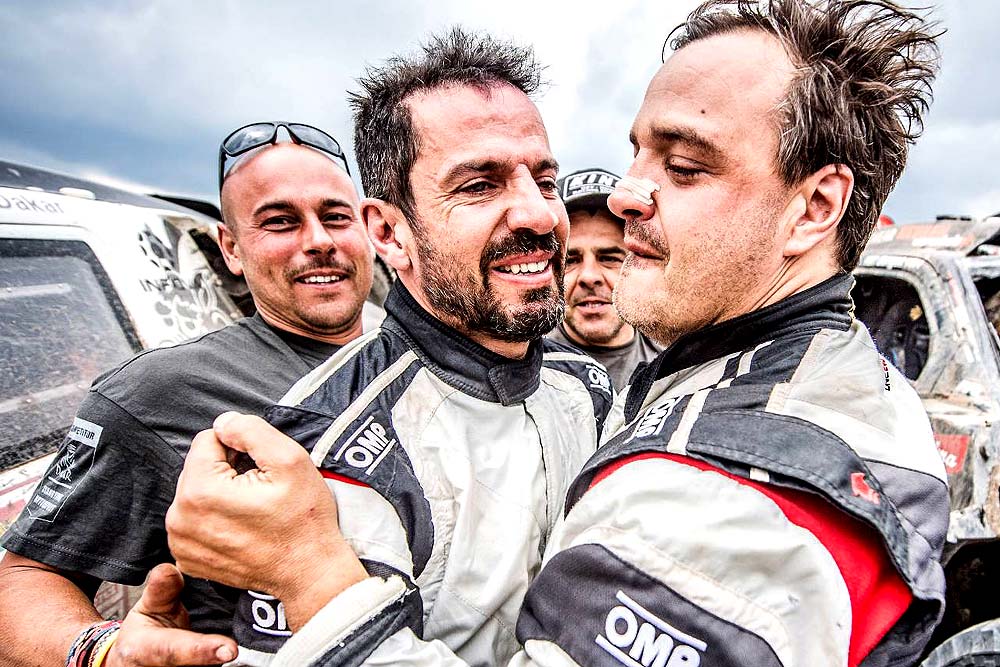 "This result motivated the brand to think big and to believe that we can start more interesting things. For the Dakar 2019 we will come with more than one car, we don´t know now if two or three, but for sure it will be more than one," said Oscar Fuertes the Spanish Magazine "Marca" in Madrid. "We are just in the beginning and have to involve many partners. Also the final OK is not given yet," Fuertes added.

According to Fuertes, the Spanish Herrador Team, which built the Tivoli DKR and was responsible for the service during the race, is already manufacturing two cars in Valencia from a completely new chassis for the Dakar 2019. "We are already working on two new cars," Fuertes confirmed.

Fuertes started to cooperate with SsangYong before the Dakar, competing especially in Spain with SsangYong prototypes. "The good result achieved in the Dakar 2018 has been a definitive boost. For sure, nothing would have been activated if this Dakar had been a failure," Fuertes reported to "Marca". "It is quite clear that we will make an evolution of the car with which we have competed this year, it will remain a SsangYong and the concept will continue to be a two-wheel-drive buggy, but we do not know if it will be a Tivoli again."

Two cars are minimum necessary to reach the goal, the top 20. "We only had one car which means you have to drive more responsible," Fuertes mentioned. "You could see inside the Peugeot Team that all only worked because they were driving in a team and especially Cyril Despres was finally responsible to cover Sainz and Peterhansel."