Stephen Henry tamed the wet and slippery conditions in his #96 CanAm Maverick X3 to win round 2 of the DeWalt SXS Australian Championship held at Monza Park near Ballarat in Victoria. The ribbon of track set into the hillside was akin to an ice skating rink at times, ensuring the mud flew and opposite lock was dialled on by the drivers during the five sets of heats. 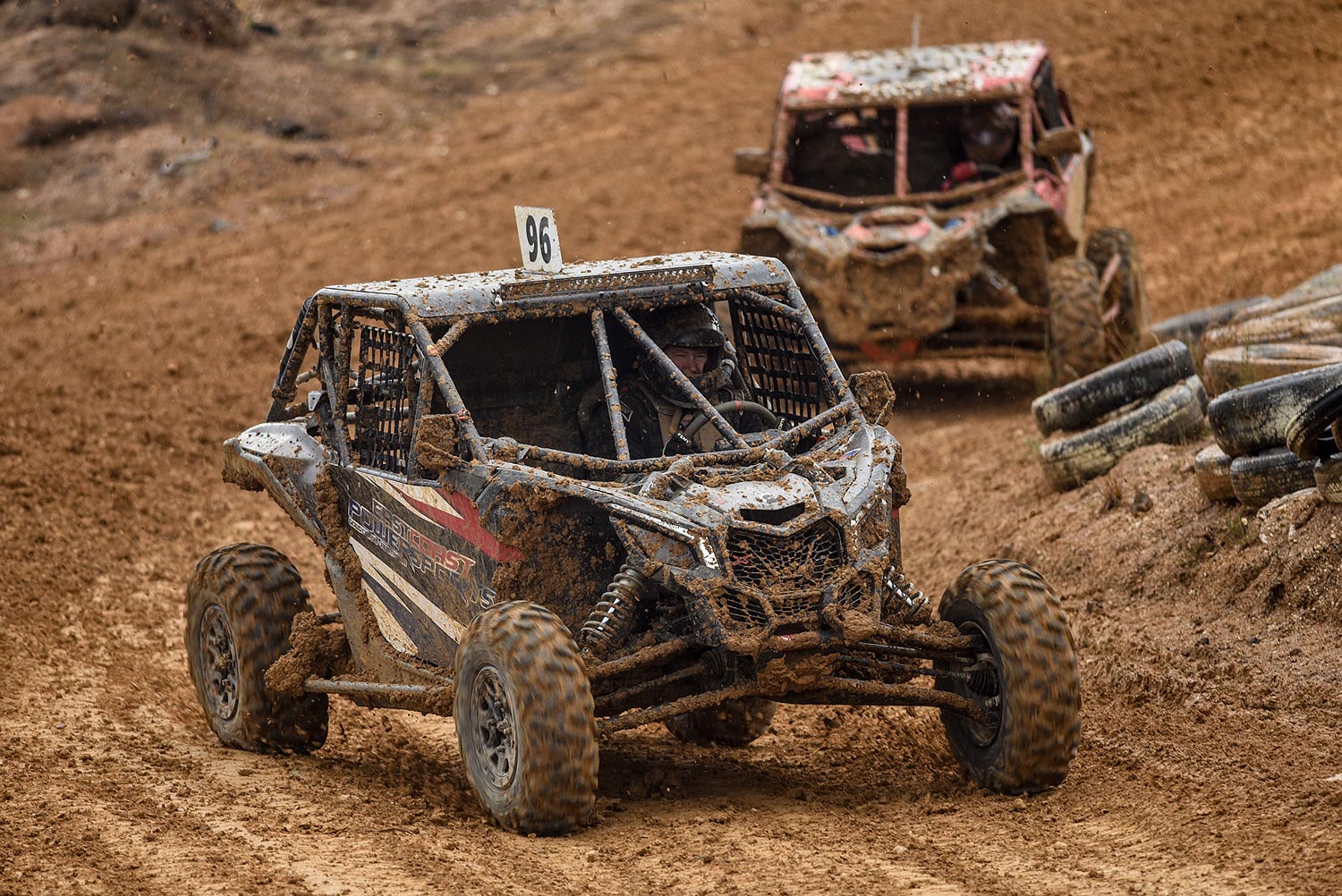 Nailing the holeshot in Saturday afternoon’s grand final, Stephen Henry battled with Simon Evans and Brett Comiskey before timing the joker lane perfectly to seal the SXS Turbo Class win and his first outright victory in the championship.

Fresh from taking second at the in the BITD Silver State 300 in USA the previous weekend, Brett Comiskey continued his good form to finish second outright in his #51 CMS Racing CanAm. Rounding out the outright podium in third was Simon Evans, who revelled on the greasy track in the #360 Team RZR Polaris.

While Evans Polaris RZR team mate, Cody Crocker exited the final with a broken tie rod after contact with another SXS, he did set the fastest lap of the weekend earlier in the day, a 1:41.484. Reigning champion, Ewan McClue was another notable casualty, retiring with engine issues after setting the pace during the heats.

#17 Tim Liston bounced back from a tough season opener in Adelaide to dominate the naturally aspirated SXS Sport Class. Liston kept the SXS Turbo's honest during the five heats, and continued his good form through the semi’s and in to final to take the SXS Sport Class to take the win and fourth overall. Stephen Gregory drove the #41 Young Veterans Polaris into second in just his second event. Despite a roll in the grand final, Tom Evans locked in third in the SXS Sport Class in his #44 Polaris.

The DeWalt SXS Australian Championship heads to Albury for round 3 on July 21st, with the teams returning to the entertaining Albury-Wodonga Motorcross Club to battle it out. For more information visit the official website (see link under this article). 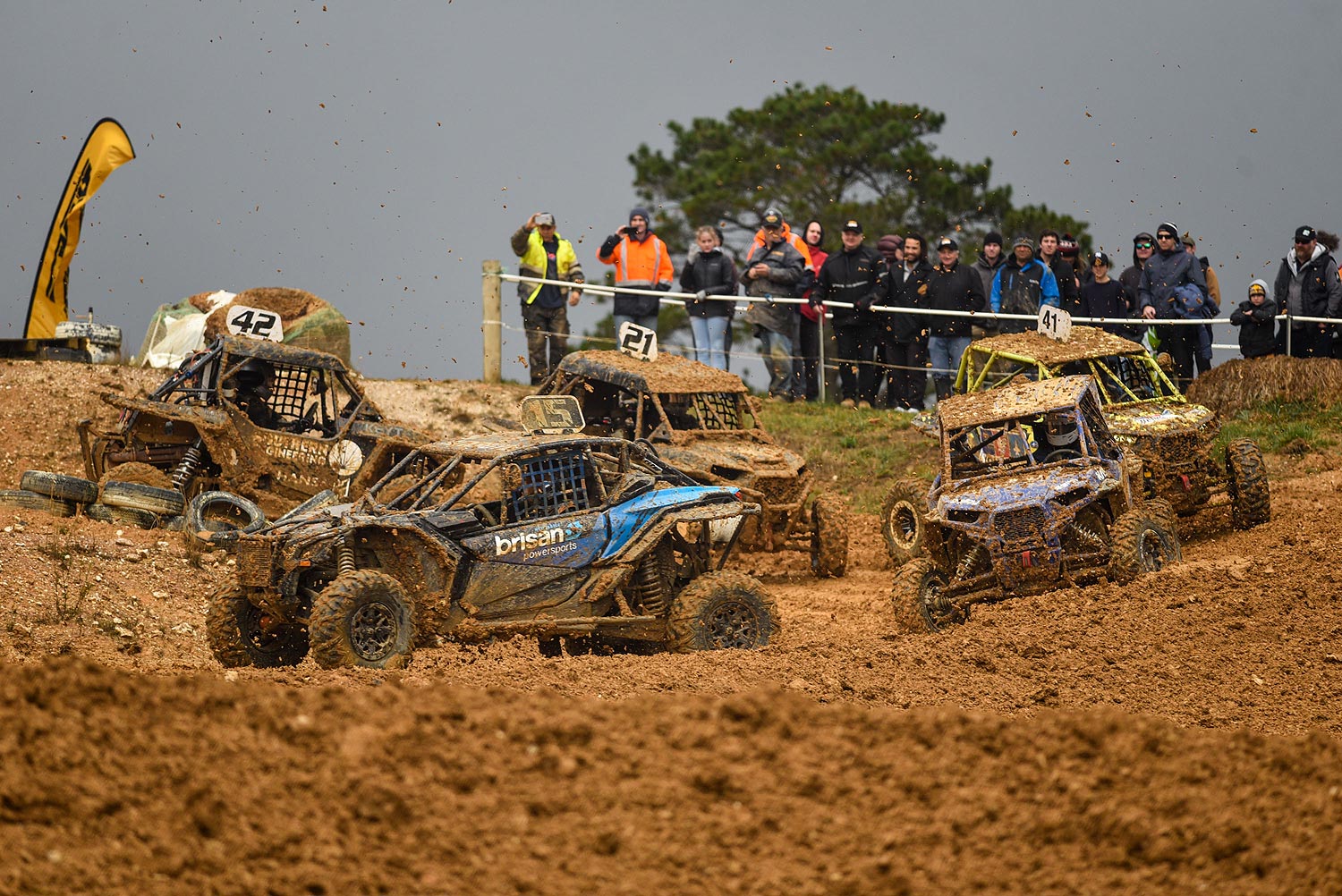