DMACK’s latest motorsport tyre will head straight into international competition on some tough desert roads in the Middle East. The all-new rally raid tyre, DMACK X-Raid Surfer. The new tyre has been specifically designed to tackle tough desert conditions commonly seen on rally raid, baja and cross-country events. The tread pattern has been devised to find maximum grip in sand and loose gravel conditions while the construction offers both high-speed stability and is reinforced with Kevlar for maximum strength and puncture resistance. 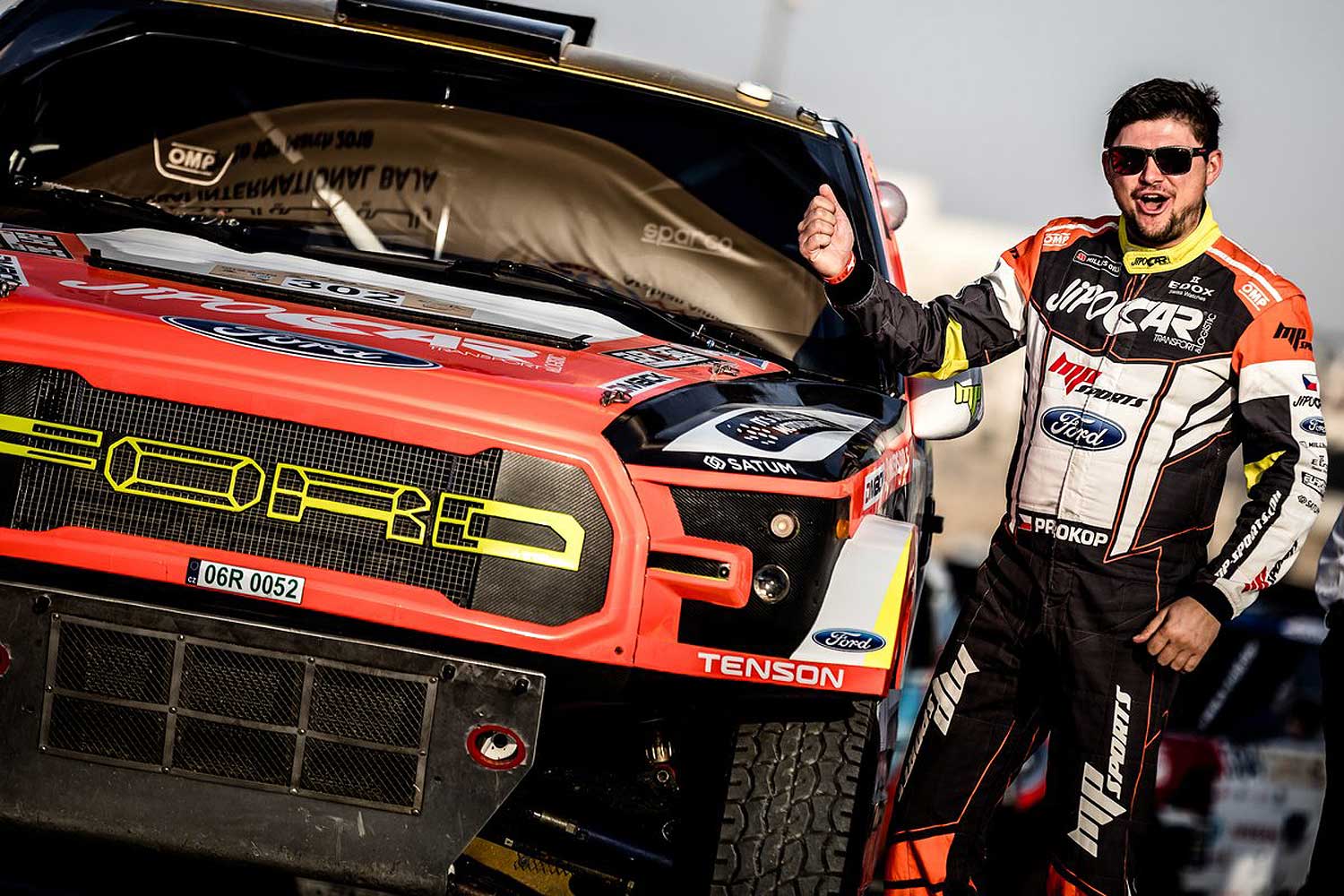 The X-Raid Surfer comes in two compounds, hard and soft. It will be the soft compound which will be used predominantly this weekend as Czech driver Martin Prokop tackles the Dubai desert in his Ford F150. Prokop lies second in the championship after finishing runner-up on the opening round in Russia. He used a special winter version of the X-Raid Surfer which was studded with nearly 600 metal pins to bite into the ice, snow and frozen roads.

However, the conditions this weekend could not be more different. The Baja is the oldest motorsport event in the United Arab Emirates and features nearly 200km of competitive stages on both Friday and Saturday. It’s the first of three consecutive desert events.

Dick Cormack, DMACK managing director, said: "We provided Martin with a winter version of the X-Raid Surfer and he delivered a fantastic podium on the opening round. However, this is the competitive debut for the traditional hot gravel version of the tyre and the Dubai International Baja will certainly provide some challenging conditions to really test the latest competition tyre in the expanding DMACK range."