The rolling dunes and plains of Al Qudra desert provide a dramatic stage this weekend when the "Dubai International Baja powered by Nissan and AW Rostamani" (Dubai Baja) delivers another exhilarating chapter of World Cup cross country rallying at its best. Taking place under the patronage of H.H. Sheikh Hamdan bin Mohammed bin Rashid Al Maktoum, the Crown Prince of Dubai, the event is the second round of this year’s FIA World Cup for Cross Country Rallies and the opening round of the FIM Bajas World Cup. 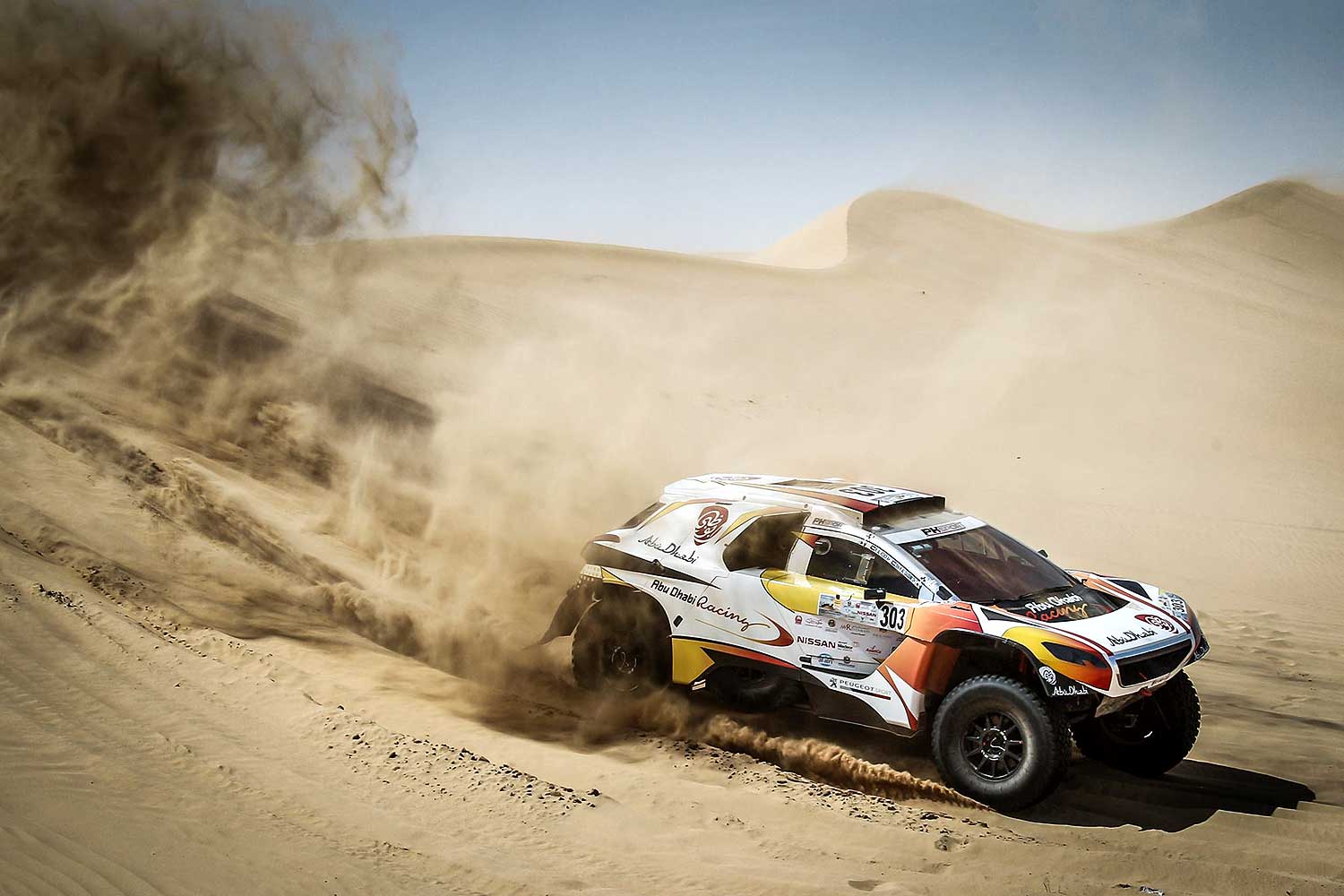 The event has attracted 88 competitors from 19 countries (58 in FIA / FIM) for its second edition, and two days of spectacular action is about to unfold. The cars, buggies, bikes and quads will be flagged away from the ceremonial start at Dubai Autodrome, the new Rally HQ, at 5pm on Thurday March 8th.

The powerful line up of cars, buggies, bikes and quads tackle a demanding 174 km special stage running through the dramatic Al Qudra desert terrain on Friday and again the following morning, with the event finishing at Dubai Autodrome on Saturday (March 10).

"The baja format of rallying is naturally more suited to our desert terrain, and the appeal it has for drivers and riders is emphasised by the number and quality of entries," said Mohammed Ben Sulayem, President of the ATCUAE and the Emirates Motor Sport Federation, and FIA Vice President for sport, at today’s official press conference.

With Khaled Al Qassimi / Xavier Panseri (Peugeot 3008 DKR) leading the cars into action, he will be followed away by Czech Martin Prokop and co-driver Jan Tomanek in the Ford F150 Evo, second in Russia´s Norhern Forest Baja in February.