Rallyraid at Home: There are plenty of Videogames for Rallyfans, some are more real, some less. Now the Italian programmers of "Milestone" will release a new game this month, combining WRC-Rallycars, historic rallycars, SCORE Trucks and Rallyraid-vehicles (like Toyota Hilux, Mitsubishi ASX, Robby Gordon Hummer, X-raid Mini etc). While the most games focus on reality and detailed physics, this game reminds more to classical Arcade-games. 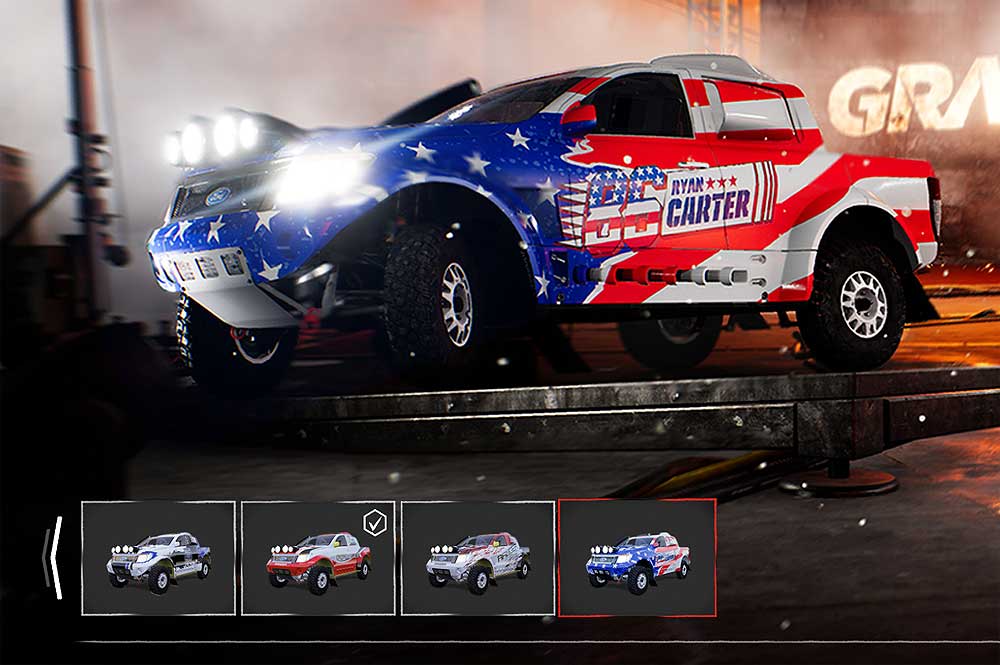 A simple formula for an explosive result: Choose your path, improve your reputation, gain skills and beat the Off-Road Master in charge. The core of the Off-Road Master Show are the most evocative locations, all powerful cars and the fastest drivers, who will race to win over the reigning champions.

In order to master each episode of the Off-Road Masters TV Show, players will take part in a series of events which revolve around each discipline: The aim is to gain the first place in each event and beat the Master during the Special Event. The victory over the champion of each discipline will be necessary to make progress in the race towards the final title, facing the reigning Off-Road Master.

Racing in Stadium Circuits, players will try to defeat Scott Parker, the boss of this discipline, while Ryan Carter will be the number 1 enemy in Wild Rush’s events. The champion of Speed Cross discipline, James Watanabe, will do anything he can to prevent players from winning his title and pass to the next chapter, the Cross Countries, with Justin Evans as the rival to defeat.

After competing in Stadium Circuits, Wild Rush, Speed Cross and finally Cross Countries events, players will come to the ultimate, last chapter: the Final League against Sean Walker, the reigning Off-Road Master, who will give them a hard time. Gravel will be released on February, 27th 2018 on PS4, Xbox One, the all-in-one games and entertainment system and PC.