Hell’s Gate Metzeler 2018: Interview - Il Ciocco at the Center of the Future

It’s just a question of hours now: Soon it will be "Hell’s Gate Metzeler 2018". Extreme Enduro in its most... infernal form! We know that. What you don’t know yet is that Hell’s Gate Metzeler is the springboard for the future of Il Ciocco. Motorcycly-speaking, it is a horizon of prospects in strong, determined expansion. We are speaking about it with Valerio Barsella, CEO of OSE, the organizational body steering the activities of the Mountain and reporting directly to the owners of Il Ciocco, the Marcucci family. Il Ciocco at the center, Andrea Marcucci at the center, Barsella at the center.

Valerio Barsella: "Thank you. You’re too kind. The truth is that I am an officer at OSE, the company that organizes Il Ciocco Rally and that has taken the reins of Hell’s Gate Metzeler, now owned by Il Ciocco. The new era is championed by Andrea Marcucci. You all know who Andrea is and with what passion he has always tackled his activities and his commitment to sports." 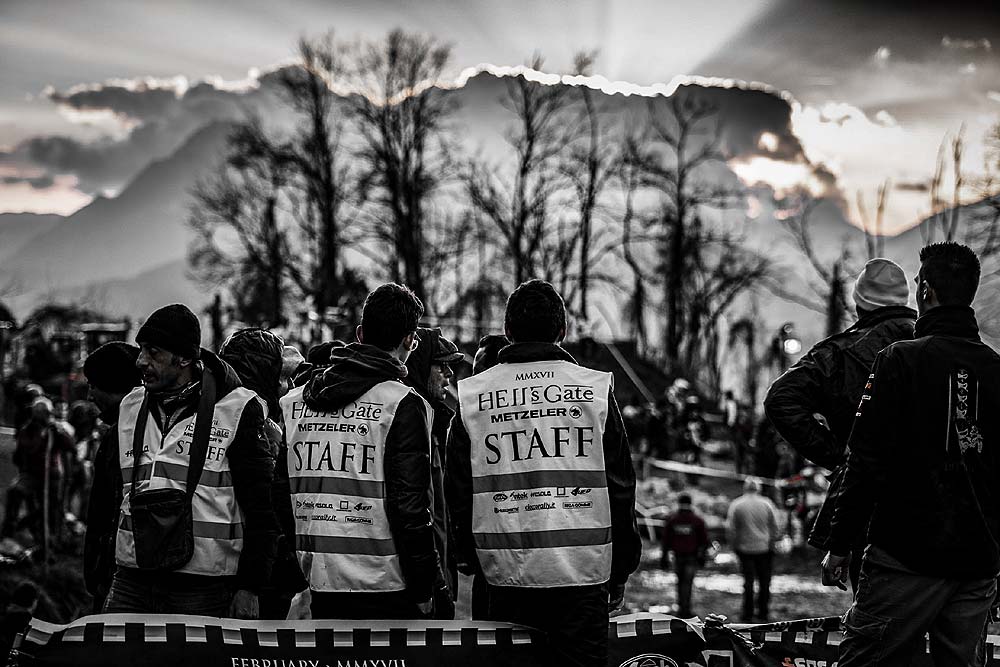 "Car and motorcycle driver, promoter of teams and events, Andrea has given a sporting imprint to the Estate that in the course of the years has hosted soccer, cycling, athletic events and at the same time, off-road disciplines, so close to the nature of the location and to his character of sportsman and nature lover. Today Marcucci makes a decisive move, totally unleashes his passion and asks us to give Il Ciocco an imprint… on the earth. At the center, Il Ciocco – yes, this is true!"

MR: Hell’s Gate Metzeler not by chance then?

Barsella: "Certainly not by chance. Hell’s Gate Metzeler is an event born and raised at Il Ciocco since the time of the iron pact between Marcucci and Fasola. It just seemed natural at one point that the event should more openly highlight its geographical and environmental matrix. *Hell’s Gate Matzeler today belongs to the owners of Il Ciocco* and Fabio Fasola is its historic guide. The handover is not an ambition to possess but rather the higher aspiration of putting an emblematic event at the center of a program in the place where it was born."

MR: It’s clear that this was just the beginning. In what direction is the program headed?

Barsella: "Actually, we did not imagine it, but Andrea opened our eyes. Throughout its most suggestive locations, Il Ciocco has witnessed the passage of sports events that have left a mark and that have brought the Estate at the center of fascinating worlds. That’s why it was decided that this mark must be increasingly accentuated by working on developing existing events, promoting new, original ones never seen before, and evoking and giving new life to the fabulous events that have passed through these premises. A strong and ambitious program, but we’ve already mentioned that."

MR: And all this secrecy? Can’t we know what’s in the works? Why “evocative events”?

Barsella: "The secrecy has a practical scope. You don’t ask and we’ll tell you in due course. But since you do ask, we’ll answer with pleasure. Evocation, that’s right. But it also means re-proposing. Ok, I’ll tell you. Recently, an “executive” meeting was held. Marcucci called me in, and called in Daniele Papi, too. The most knowledgeable on the topic out there have already understood. In addition to being a precursor of the modern era of Enduro and of rallies – let’s be honest, the legendary International Six Days Enduro and the Paris-Dakar of an unforgettable era – he is also the inventor of the fabulous Enduro event, *12 Ore di Enduro de Il Ciocco*, an Enduro and endurance competition that left a mark and that many have clamored for."

Barsella: "Marcucci was categorical on this. One year of preparations to return the myth to the highest frequencies of our times, for a “12 Ore de Il Ciocco” that is a continuation of history and the relaunch of the event, and of Il Ciocco, on another orbit. Spring 2019. Daniele Papi, myself and a fierce task force, all working towards this goal already. That’s why we’re speaking about it during the raging Hell’s Gate Metzeler fire."