Half of the event is on the wharf. The half-way port of Hell’s Gate Metzeler 2018 is crowded with cruisers of the Extreme. Above all, it’s the Enduro no-limits, no-compromises war machines that impress us. And even more, the merciless race strategies imposed in different interpretational forms by the Monsters - as Giovanni The Voice Di Pillo calls them - of the Original Extreme, the reference rooted in the Il Ciocco Mountain for fifteen years.

Five laps, four in line regularity trials, the radiant dawn of a sensational day that envelops the enchanted valley of Il Ciocco. But then it becomes excruciating, thankless but unparalleled and exciting; the law of Enduro at the state of the art. Hell’s Gate Metzeler interprets it and re-proposes it each year closer to the purity of the sports gesture, ancient and sacrificial. That’s why since dawn, the access routes to the magical and infernal ring flock with spectators, fans and experts, fond of the uniqueness of the event. 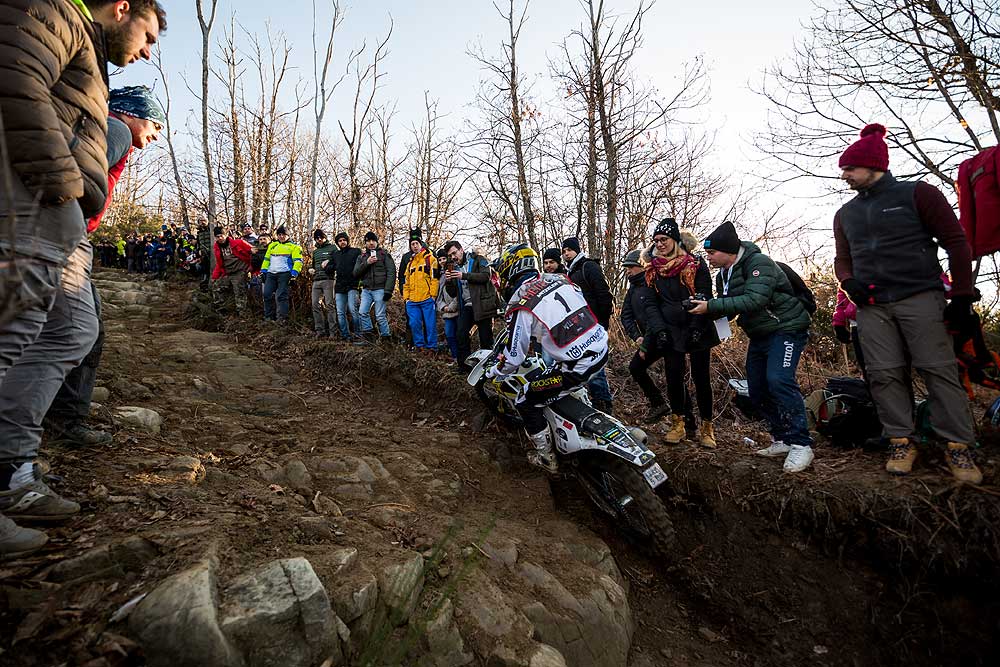 Halfway through, Hell’s Gate Metzeler rigidly selects and filters the thirty candidates who aspire to a place on the legendary Olympus of the extreme. The best are there, saved by an unexpected twist of events, disordered in an order that reflects different tactical interpretations.

Travis Teasdale (Beta) imposes a truly hellish pace since the very beginning; he wins the four specials without conceding indulgence of any kind, and places himself at the temporary command of operations. His four victories in as many regularity Specials are the clearest manifesto of intents of the South African who last year finished Hell’s Gate Metzeler second, a whisker behind penta-devil Jarvis.

Second at the half-way mark is the Spanish Mario Roman (Sherco), and third, the 2016 winner, Wade Young (Sherco). Graham Jarvis (Husqvarna) is fourth. Not too far behind, but that’s not the important issue. The Record Man of Hell’s Gate Metzeler has gotten us used to an initially insistent but progressive pace that hides the real competitiveness of the Englishman and is unleashed in a usually terrifying manner in the crucial phases of the event.

Then it’s Diego Nicoletti, Gianluca Martini, Sonny Goggia and Andreas Pfeiffer, the quartet at the forefront of that Italian vendetta that biased fans have been awaiting for fifteen years.

They’re just names, evanescent statistical data. The explosive charge of the event is all concentrated in a time bomb set for 4 pm, the best 30 riders at the Le Mans-style starting grid. Three final hours at the heart of Hell’s Gate Metzeler, at the core of the Inferno of Il Ciocco. 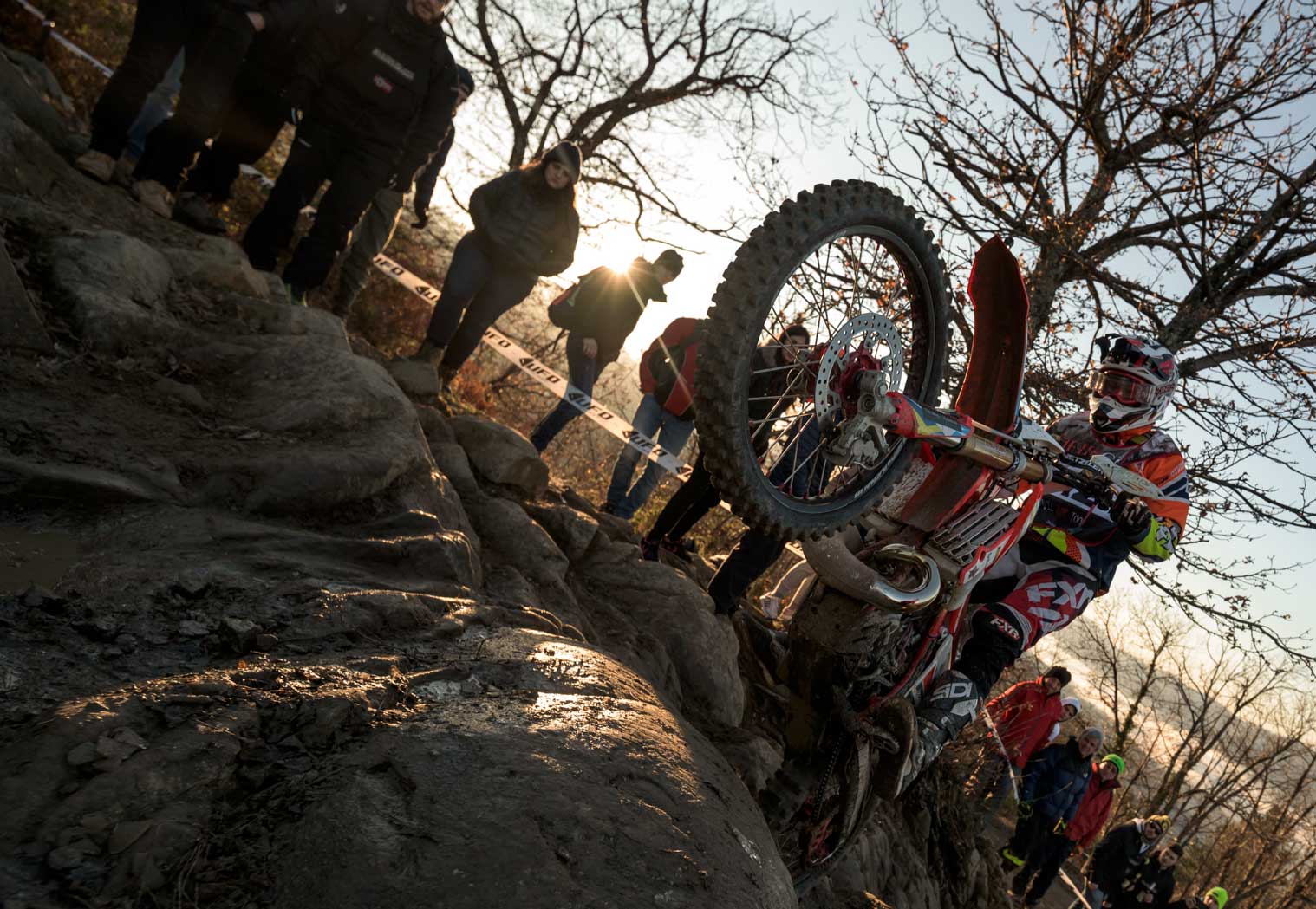