Two hours of frozen Hell, and it’s just the beginning. The temperature on the Mountain is in freefall. Heaps of stones along the way, muddy roads, rocky cliffs, canals filled with water and dirt. Vertiginous drops. Against the north wind and in the deepest, darkest forest, the feeling of unease adds to the difficulties.

The lap time was calculated in 25 minutes, but it took almost ten more to see the first competitor, Wade Young, enter Hell’s Gate Metzeler Arena at the end of the first lap. The South African winner of the 2016 edition was the fastest already at the start, when Fabio Fasola, the inventor, and Andrea Marcucci, owner of the Estate where the event was born, lowered the white flag, giving the go-ahead to the 15th edition of Hell’s Gate Metzeler. 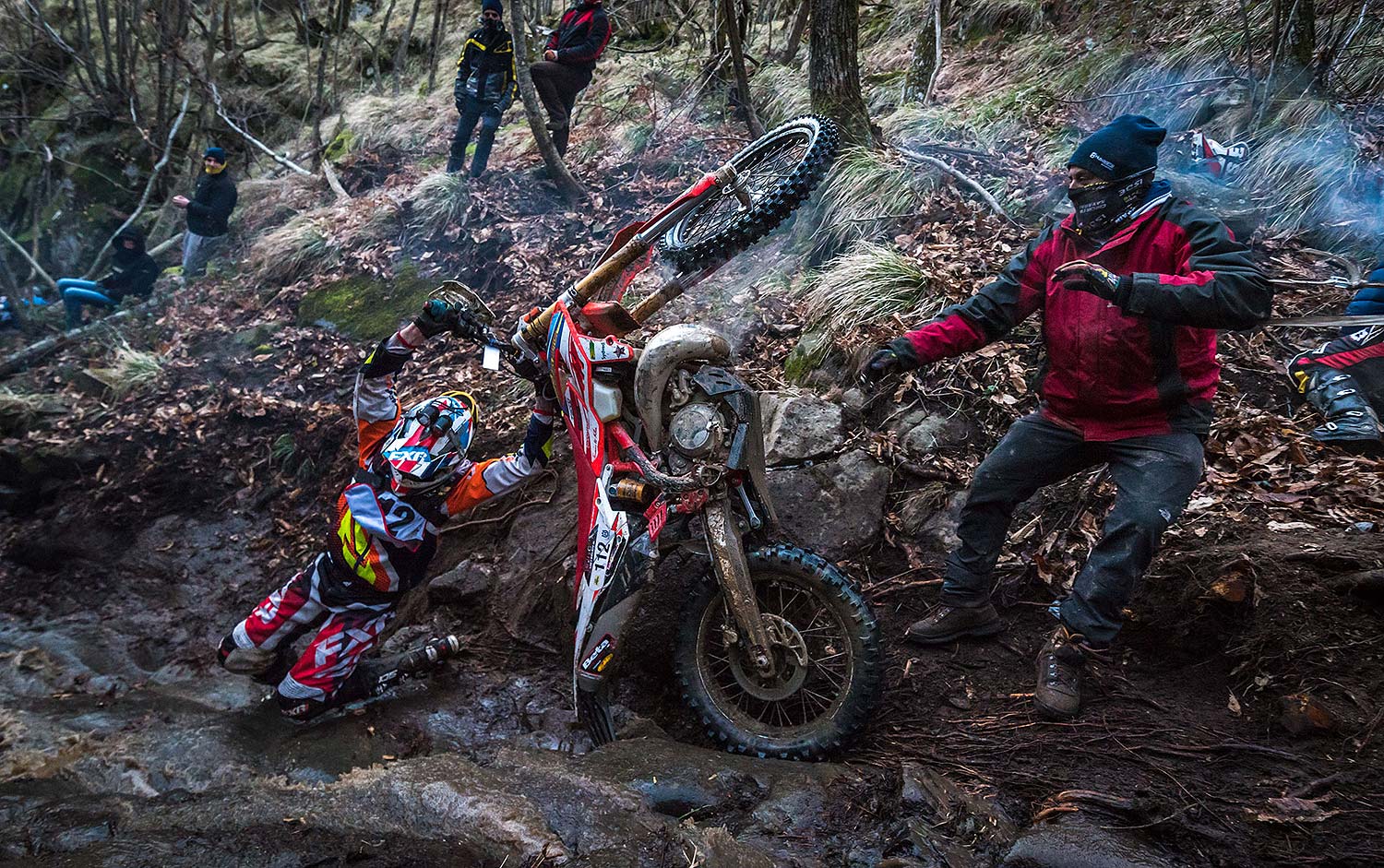 Scuffles since the very first scree, after the start, Graham Jarvis was leading for a brief tract, then, with the first lap came the first differences. In order: Young, Mario Roman, Graham Jarvis, Travis Teasdale and, immediately behind, the first two Italians, Sonny Goggia and Diego Nicoletti. This challenge will be the main theme of the finale of Hell’s Gate Metzeler.

At the end of the first hour, Jarvis falls back to fourth place, but at the second passage in the Arena, he makes a comeback to second and Roman takes his place as fourth. Nicoletti passes Goggia. Wade Young is still first, now with an advantage of ten seconds on Jarvis. The pace is slow, forging ahead is hard, the balance on the motorcycle and the positions become increasingly fragile, extremely delicate at every lap.

And another lap. Teasdale dropping behind, Roman, recovering, reaches Jarvis. Young is now almost two minutes ahead, in flight to Hell’s Gate Metzeler. The South African on the Sherco imposes a very elegant and irresistible pace. But it’s not over yet: the race is changing. Young remains at the lead in virtue of his stratospheric Qualifying Race of the morning. But Roman is visibly faster.

The start is the stuff goose bumps are made of: Tension, spectacle and enthusiasm blend and become delirium. Ten finalists pitted one against the other, all vying for the title of the 15th anniversary Hell’s Gate Metzeler. The live clash is a sports entertainment show at the state of the art.

Jarvis is tired and progressively drops out of the clash, Teasdale loses ground and, when the chain escapes the chain ring, the convoy of the fugitives is detached. The Italians focus on Bosi, but follow the exciting dual between Mario Roman - a true fury - and Wade Young, still at the lead but condemned. His bike stops and the South African is forced to withdraw.

The winner is Mario Roman, the Spanish who more than anything else desired to win the race of the Extreme that launched him; Graham Jarvis, with a final dart, succeeded in collecting yet another podium. Travis Teasdale is third. Nicoletti, fourth, is once again the best of the Italians, in front of Goggia and Bosi. Hell’s Gate Metzeler 2018, a beautiful finale, a wonderful race, a prodigious event! 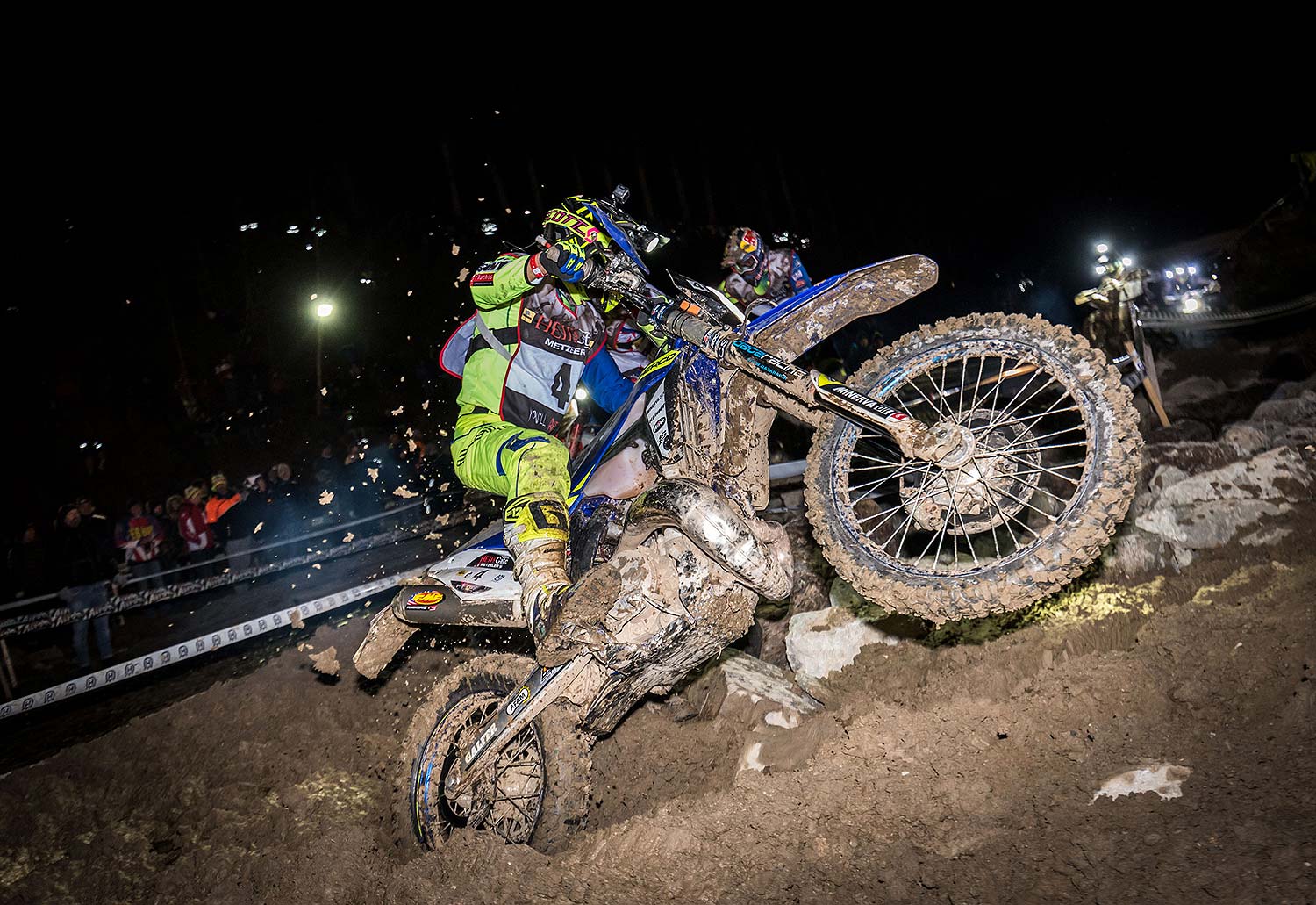 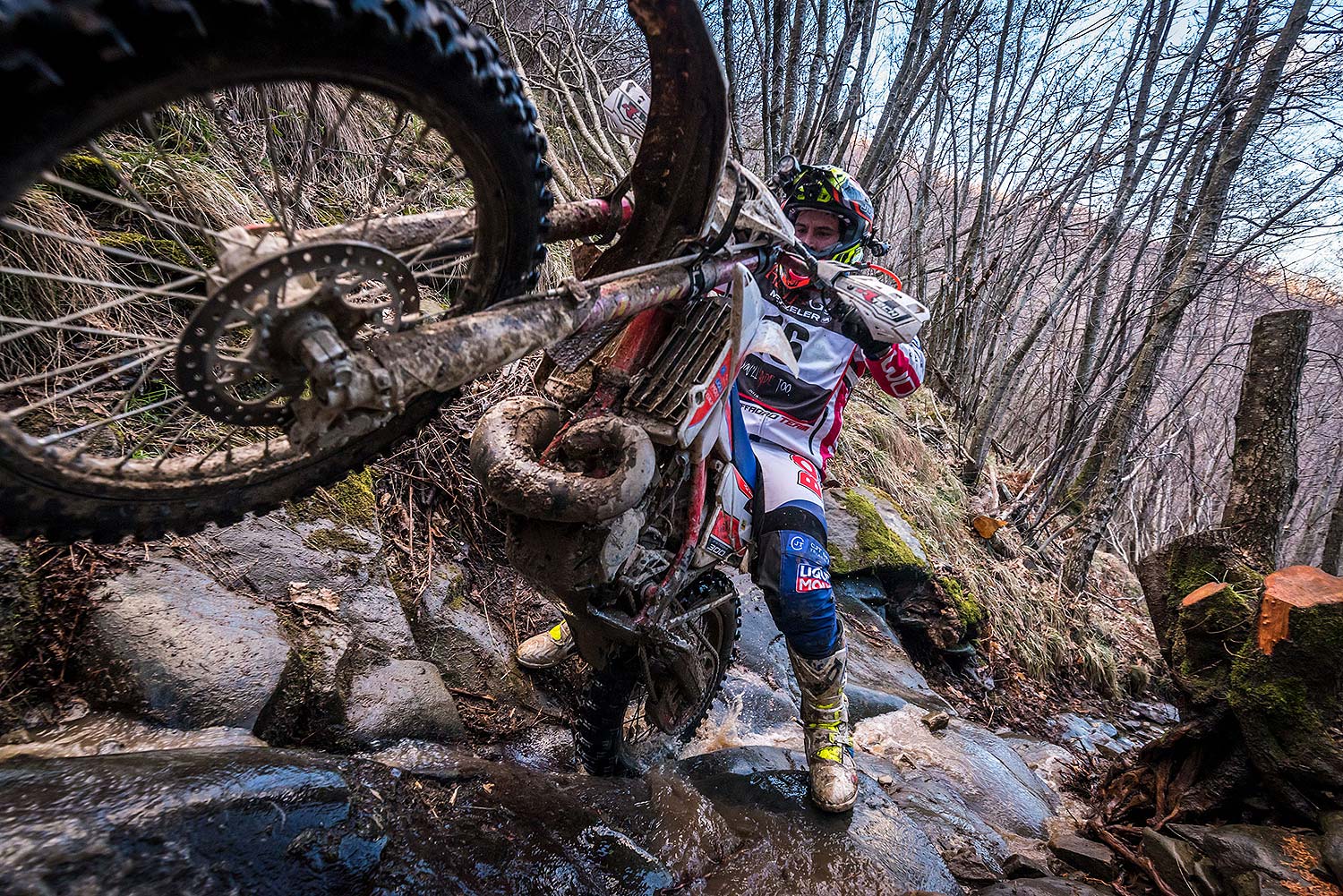 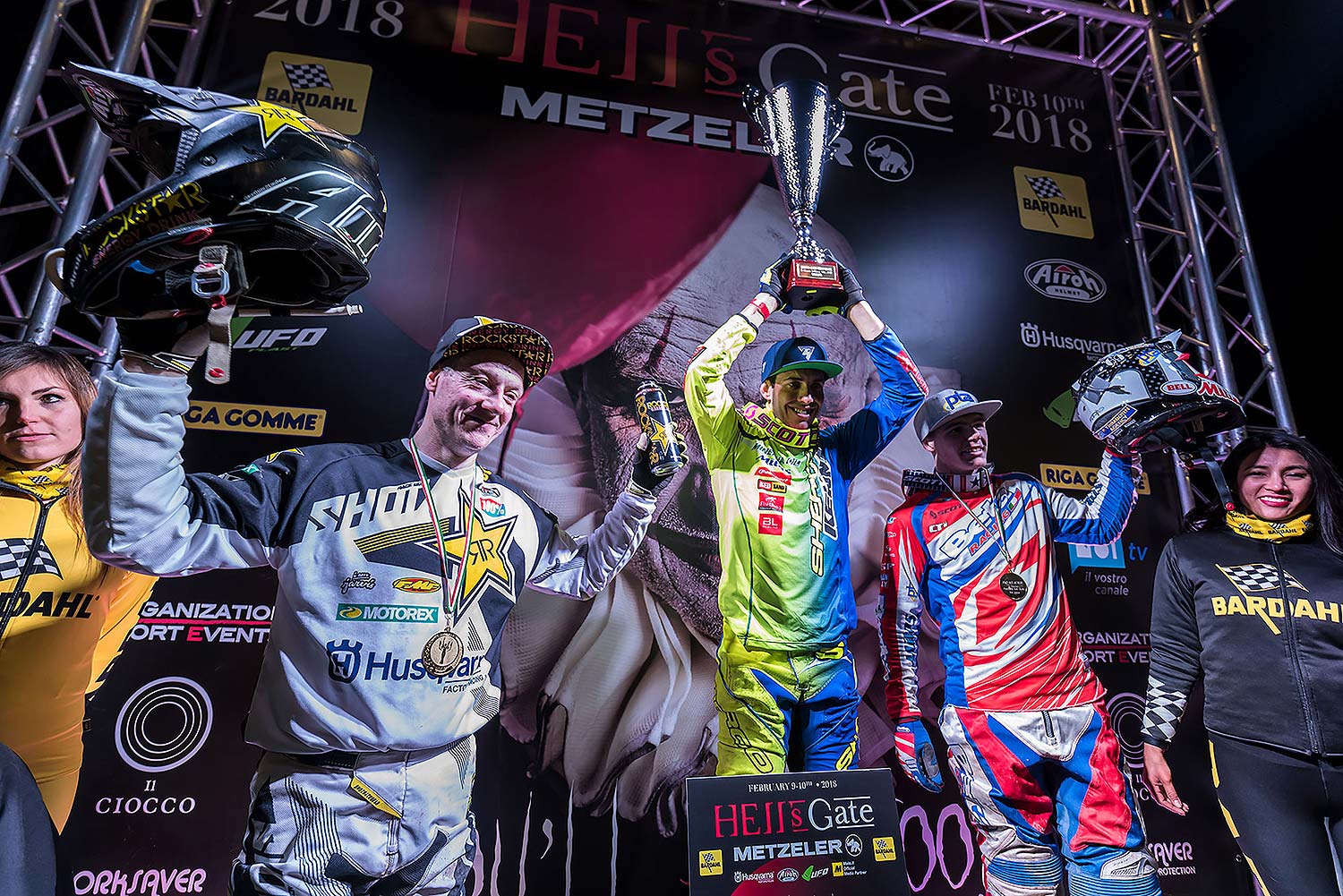