The legendary events "King of the Hammers" and "Breslau Rally" were the cradle for a class for cars of it´s own: Trophy offroaders which are tough in Mud or Rocks, but also able to race with high speed. For many years this kind of cars you could only use in races like KOTH or Breslau - now the so called "Ultra 4" cars got a boom in the off road motorsport scene. Now the "Italian Baja" will be the first FIA Cross Country World Cup Baja, who offers the Ultra4- and Breslau-cars an own category (named TX) - and following the Non-FIA event "Baja Deutschland", who also announced this class for 2018. 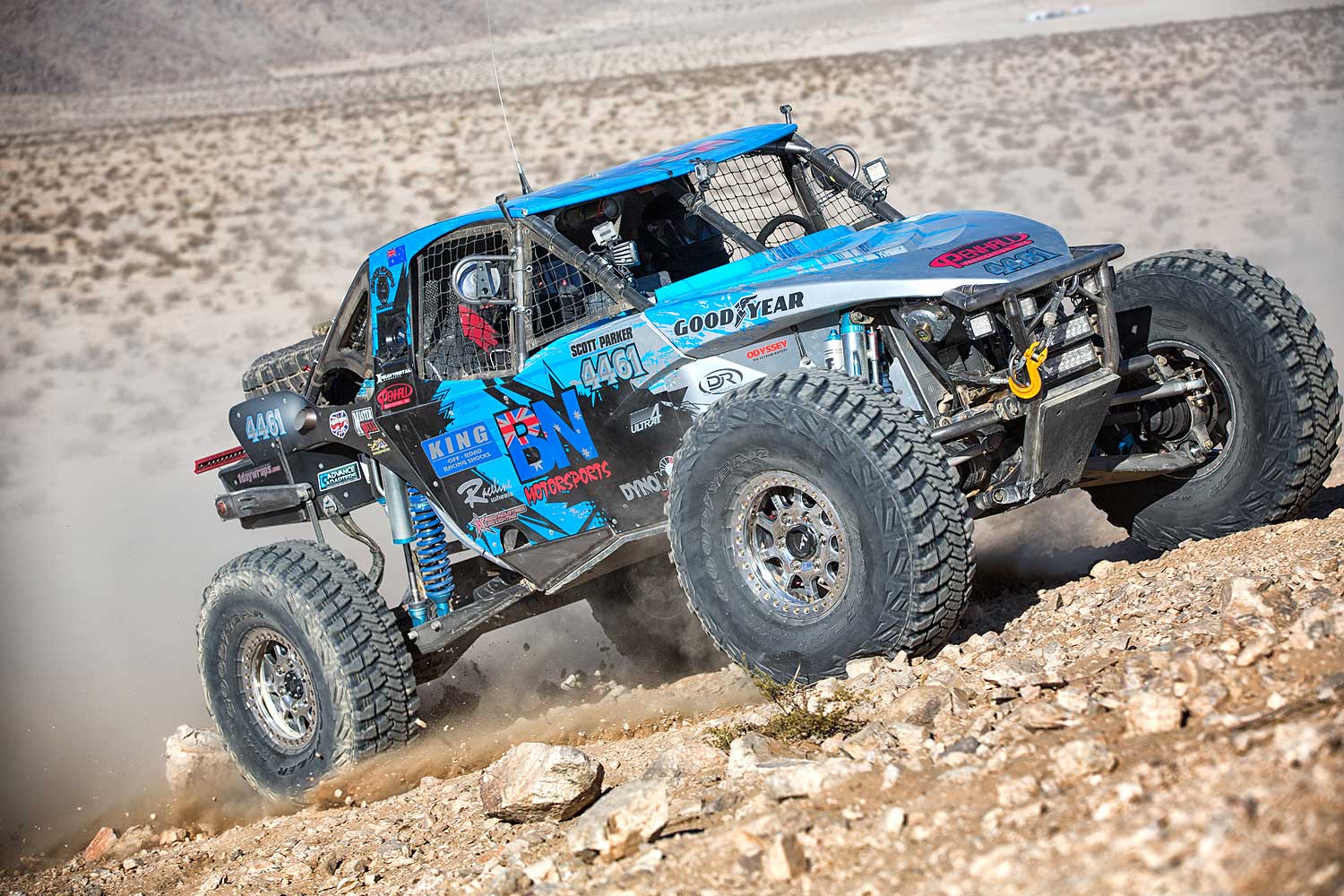 Leading the way to the new category with technical checks and a test-drive during an interval of the Italian Baja d’Autunno, has been the crew Pier Acerni / Nicola Bondi who has exalted the entire staff and public present, giving a little taste of the potential of its Ultra4 vehicle "scarlett79", a prototype prepared for the "King of the Hammers".

The technical sheet of this vehicle speaks of Mopar 680HP engine, 6.0V8 and and 40-inch tires, but this TX group will also allow the smoller tubulars (stock and modified) to participate in the Cross Country. There is something for everyone and the land of the Italian Baja in Pordenone with plenty of woops and stones. It seems made for the power, strength and agility of the "new monsters".

The Ultra4 vehicles have run for the first time in Italy at the Ultra4 Europe race headed by the owner Dave Cole, and held in collaboration with Grip Motorsports, in June 2014, to be crowned first "King of the Mountains" was the young American Levi Shirley of Lucky Dog Racing. We saw them climbing on 250 meters of rock crawling and flying on the numerous twist with an impressive power, a really performing sets.

Today, with the introduction in the 2018 season of this new TX category, we can once again have the opportunity to review these wonderful vehicles in Italy, at the same time giving the opportunity to the teams interested in the specialty to start preparing the off-road vehicles according to the technical regulation and so fall into one of the categories provided.