Not less than 30 SSV’s will show up for the 10th edition of the Morocco Desert Challenge (MDC) that starts on Plage Blanche in Morocco on April 15th. A 100% increase or doubling compared to the 2017 edition. A lot has to do with the relatively low purchase price, minimum modifications, reliability, great performance and the maximum fun these small racing vehicles offer. The most popular brand, who gave this segment a real boost, is Can-Am with 22 X3’s registered. Yamaha and Polaris follow with a respective five YXZ1000R’s and three RZR’s registered.

Also in the motorbike & quad category the organizers reached their goal of 60 participants. With fifty-four bikes and 6 quads on the entry list we’ll close the registrations for the Morocco Desert Challenge 2018. 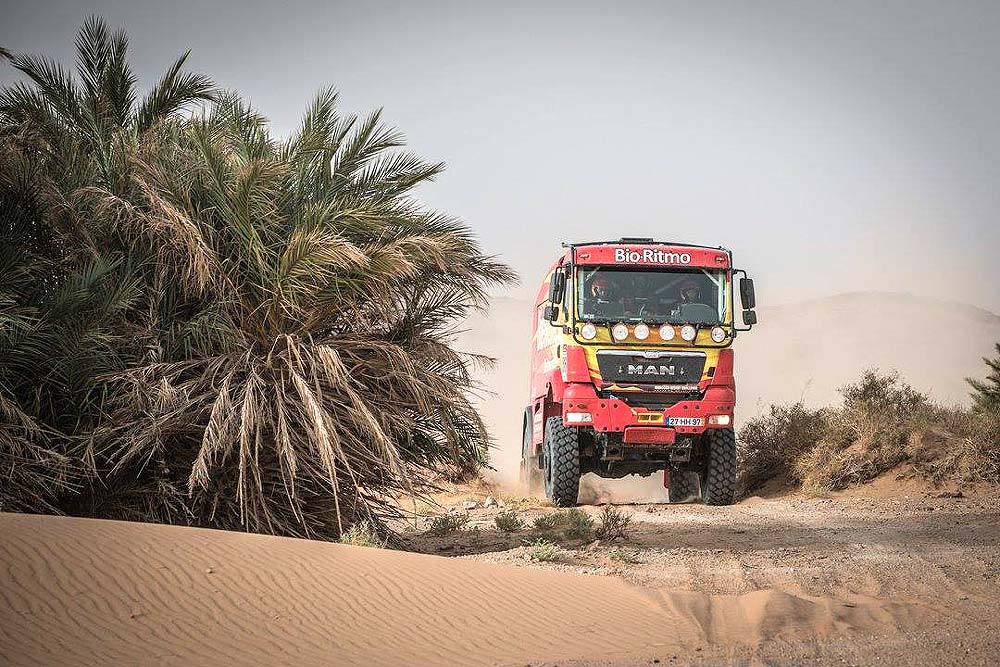 In the trucks, the MDC is probably growing to be the largest T4 truck race in the world. With three months to go to start of the rally, already 30 race trucks have signed up. The most recent registration is Team Boucou. Already more than 10 years Michel Boucou offers his services as private recovery truck during the Dakar and the Silk Way rally and often saved the rally for pilots from various well-known teams. This time he decided to do himself a favour and registered his personal truck, and one belonging to a friend.

Bowler, the iconic British brand of rally-raid cars, confirmed last week its participation to the MDC with three Bulldogs, their latest rally car model. This brings the number of participating Bowlers up to 10. The factory team will also register their assistance truck.

Seeing the number of registered Bowlers, the organisation, in cooperation with Bowler, will introduce a subcategory in the official ranking called the "Bowler Cup". The winner of this category takes home a credit note for 5000 Euros that can be spent on original Bowler parts either directly with Bowler or through one of their Alliance Partners.

Finally, the MDC signed a partnership with "Euro 4x4 Parts" from France. Euro4x4parts is providing logistical support for the rally. This support will be provided in numerous ways, including the use of the Euro 4x4 parts bus as the MDC press center. Next to the French company, Rymax Lubricants will also be an official partner. What makes this edition extra special for Rymax, is the fact that Herman Peene, the General Manager of the company, will also be taking part in the race for the very first time.