Since its launch in 2014, the Mitsubishi Outlander PHEV has continuously evolved to ensure it remains at the cutting edge of the plug-in hybrid segment. Whereas its 2016 redesign focused on giving the vehicle the upmarket look and feel its advanced architecture and technology warranted, the changes made for the 2019 Outlander PHEV are predominantly technical, ensuring it remains a leader in terms of efficiency and performance while also improving every aspect of the driving experience in response to customer feedback. 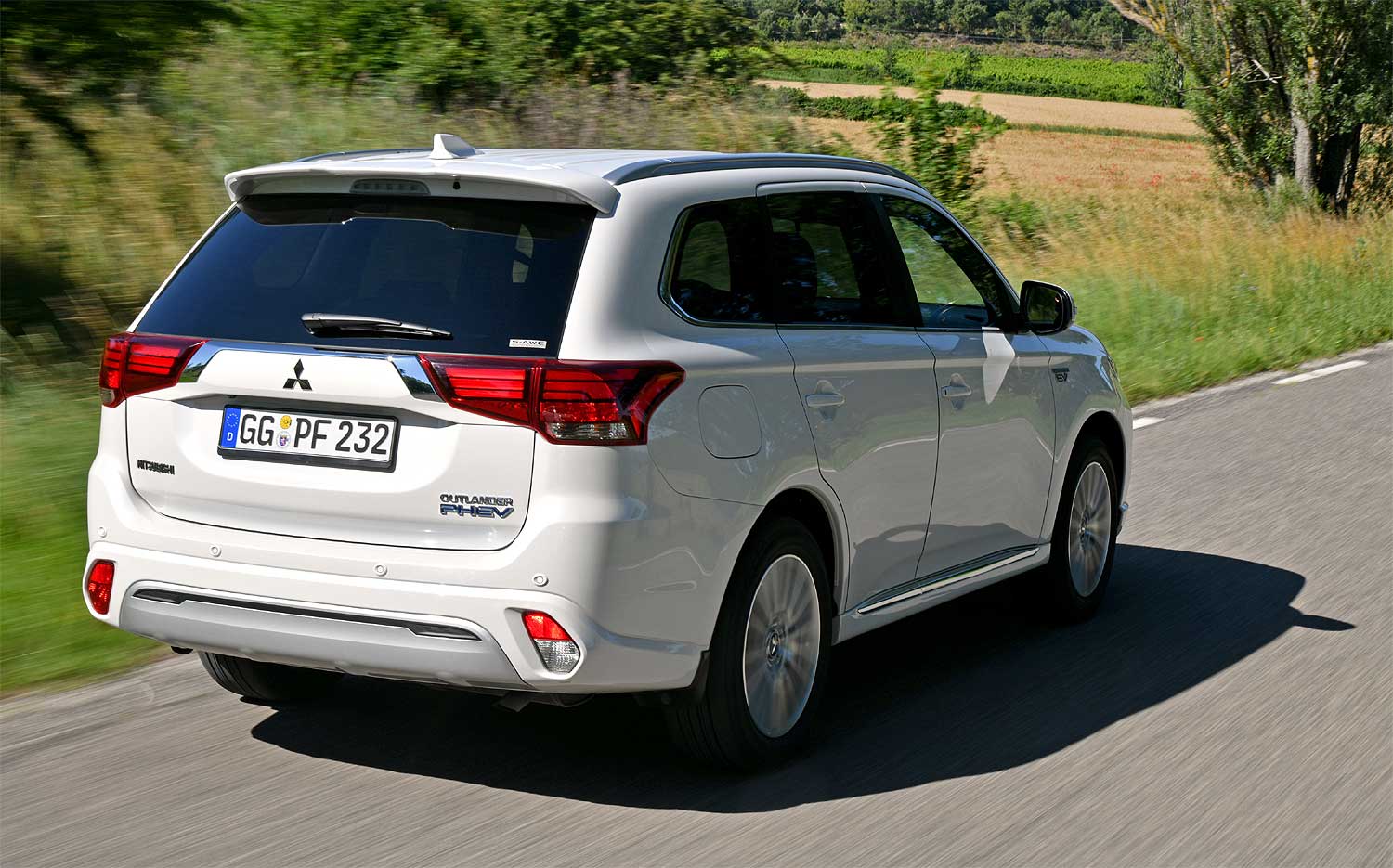 Unsurprisingly, the powertrain received the most extensive engineering focus with the development of a new "4B12" 2.4-litre petrol engine, which uses its MIVEC variable-valve timing system to seamlessly switch between Otto and Atkinson combustion cycles depending on the driving situation. The larger capacity means the engine produces more power (135 hp vs 121 hp) and more torque across a wider rev range (211 Nm vs 190 Nm) when operating in the familiar Otto cycle mode, which is ideal for moderate-to-high load situations such as inclines and rapid acceleration.

At the same time, the petrol engine also manages to be more efficient than before because it can switch to the Atkinson cycle - where the inlet valve remains open for longer, effectively reducing the compression stroke, thereby decreasing its capacity and consequently burning less fuel - under light load conditions such as motorway cruising.

The Mitsubishi Outlander PHEV’s electric powertrain has also received some engineering attention. Improvements include a 10% increase in the generator output and an increase in the rear electric motor output to 95hp. The drive battery has also had its output increased by 10% and its overall capacity increased to 13.8kWh thanks to new battery cells. From the driver’s perspective, one of the biggest changes is the increase to Outlander PHEV’s top speed in Electric Vehicle mode, up from approximately 78mph (125km/h) to 84mph (135km/h) where legally permitted.

This combination of improvements to the Mitsubishi Outlander PHEV’s dual powertrains means that it’s not only more efficient than before, it also offers better driving performance. The 0-62mph acceleration benchmark is dispatched in 10.5 seconds, some 0.5 seconds faster than before, while its overtaking acceleration is also improved by a similar margin (e.g. 50mph-62mph is reduced by 0.6 seconds to 3.7 seconds).

At the same time, the Outlander PHEV’s pure EV range is more than enough for the average daily UK commute: An impressive 28 miles according to the new, more stringent real-world WLTP tests. The WLTP average fuel economy figure for the new Mitsubishi Outlander PHEV is 141mpg and its WLTP CO2 emissions are just 46g/km (40g/km NEDC). 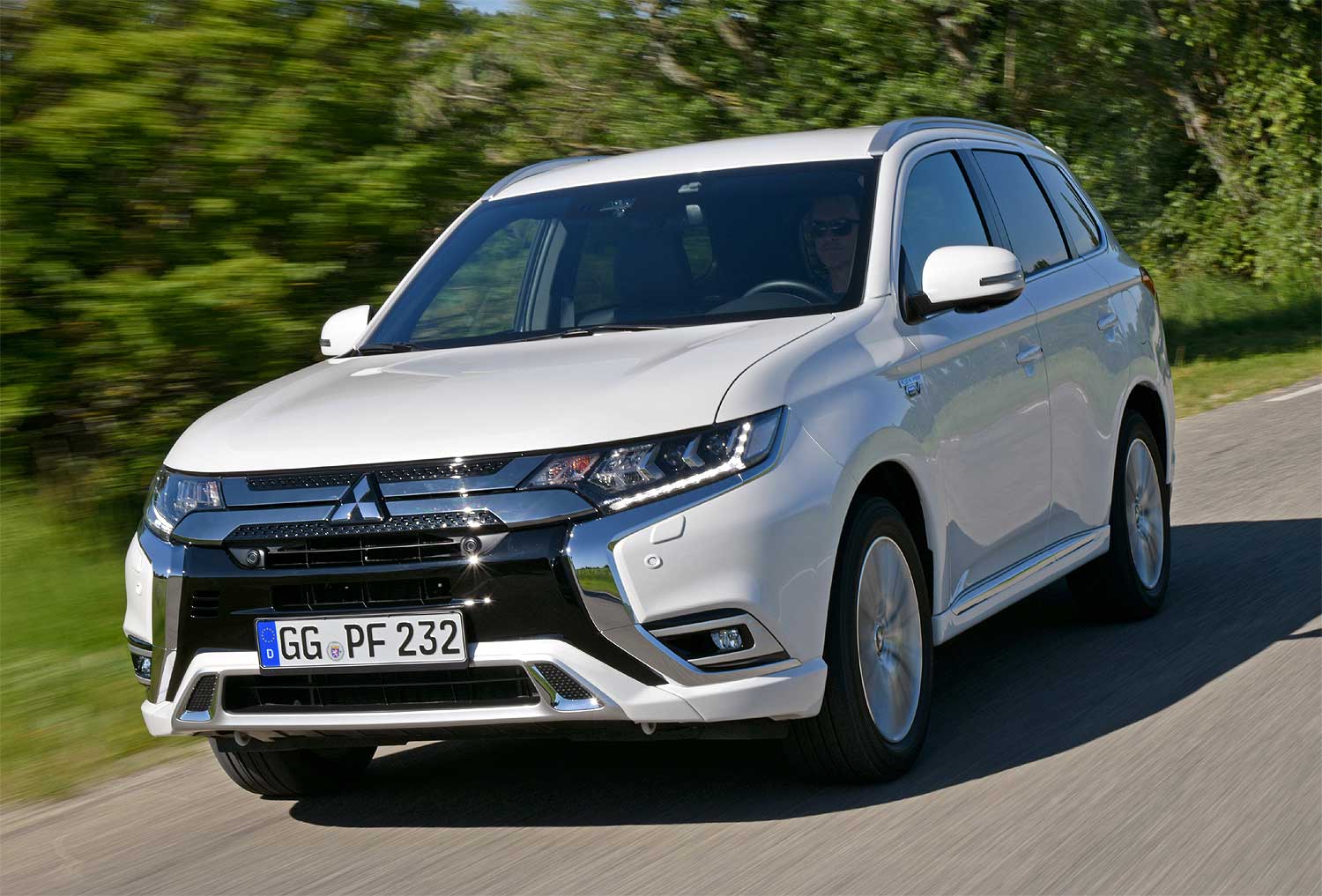 To complement the drivetrain enhancements, a number of other changes ensure the Mitsubishi Outlander PHEV is even more pleasurable to drive. The front and rear shock absorbers have been revised to improve its low-speed ride while retaining its high-speed and cornering composure and a new “Sport Mode” brings with it sharper throttle responsiveness and more grip via the Super All-Wheel Control system during high lateral-load cornering.

The steering ratio has also been revised and the power steering ECU re-mapped to offer more responsiveness and feel, while the brake power has been improved with the introduction of larger front brake discs. There’s also a new SNOW mode to improve low-grip launching and cornering abilities on slippery surfaces, while the traction control system has been revised to improve hill-climbing performance by using sufficient rear motor torque without compromising stability.

The new Mitsubishi Outlander PHEV is also quieter and more refined, particularly in terms of the petrol engine which has had several inlet and exhaust system enhancements, as well as of the overall body shell which now benefits from structural adhesive welding, which increases body rigidity and therefore dynamics and refinement. The front seats, too, have been redesigned for comfort and improved lateral support, while the driver has a new toggle switch for the Super-All Wheel Control system as well as dedicated SPORT mode switch. Indeed, much of the switchgear has been relocated for ease of use, while the instrument cluster has been completely overhauled to better inform the driver as to how the various systems are operating.

Other features, such as the paddle-adjustable, six-setting regenerative braking system, remain key to the unique Mitsubishi Outlander PHEV driving experience and are therefore retained as before. Additional notable changes include the addition of rear ventilation vents, more convenient USB ports and new interior accent trim.

A fully-fuelled/charged Outlander PHEV has sufficient energy capacity to power a regular household for up to 10 days. One of the attractions of MMC’s PHEV technology is that it allows drivers to use their batteries to supply DC electricity to their home, their community and the power grid. This capability opens the door to a new era of more efficient energy management.

The Mitsubishi Outlander PHEV is already smart grid compatible and Mitsubishi Motors anticipates the gradual introduction of vehicle to home (V2H) schemes over the coming years and are already involved in demonstrator programs in various countries. Pricing and specifications will be announced closer to its launch. 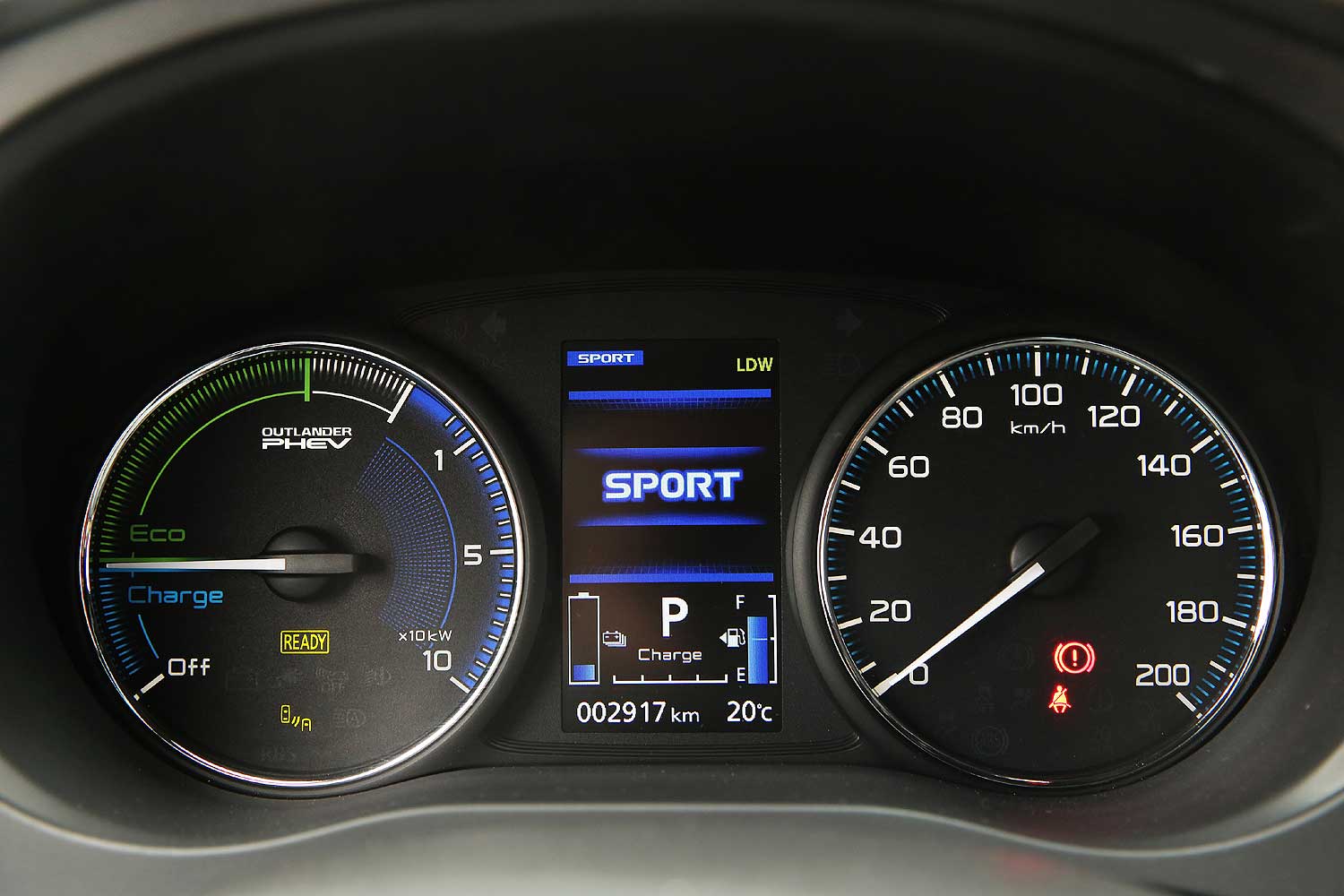